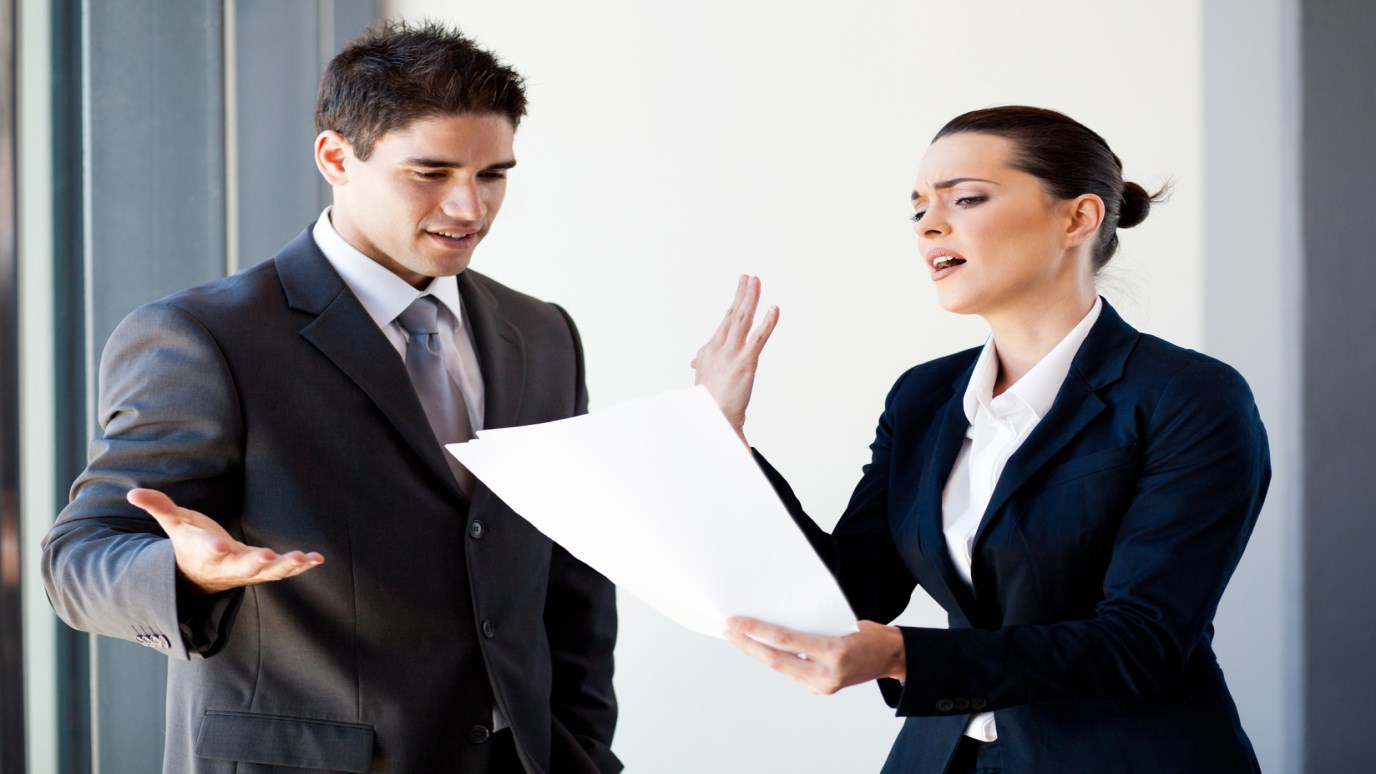 Every leader will face conflict. How do you best resolve conflict and maintain leadership? Ken Boa provides some biblical examples of effective conflict resolution.

One thing is certain: As a leader, you’ll face relational conflicts. No leadership model exists that will allow you to avoid them. The question isn’t “Will I face conflicts?” but “How can I best manage conflicts when they arise?”

When Jesus addressed problems, He tackled them head-on. While delivering the Sermon on the Mount (and later in Matthew 18), He dealt with the issue of conflicts brought about either by others offending us or by our offending them. While the Lord was addressing the problem of sin, there are broader principles at work in His teaching. And no matter which side has caused the problem, the solution is the same: First, go to the person with whom you are experiencing a conflict and address the issues face-to-face. Avoid involving a third or fourth person, especially if their knowledge of the situation will worsen the problem for the offending individual. Such discussions tend to intensify the conflict and further undermine the relationship.

Second, go to the person quickly. Jesus counseled that, if someone is worshiping God and remembers that he or she has offended a friend, the appropriate response is to stop right there and go immediately to the offended individual. With those words Jesus made it clear that relational harmony is so important that it must be achieved before effective worship can take place (Matthew 5:24). After all, how can a man or woman connect with God when he or she has unresolved relational issues with a brother or sister?

Effective leaders don’t ignore conflict. They manage it by creating an environment in which people are enabled to work through relational friction on a one-on-one basis. Only after such efforts have failed are others allowed to enter the conflict, and then only for the purpose of bringing about reconciliation.

Conflicts can’t be avoided. But they can be managed. And a wise leader will devote himself or herself to learning how to do that.

Conflict Management and Who God Is

Although the players may be invisible, we live in the context of a titanic spiritual war in which the opposing forces of light and darkness contend for the souls of men and women. Scripture assures us that, although this invisible war is real, it is also temporary; God Himself will bring history to a point at which this cosmic conflict will be finally resolved. Read Revelation 19:11-21 for a vivid symbolic description of the final intervention of the King of kings and Lord of lords in the affairs of human history.

The vivid imagery in this passage portrays the decisive intervention of the Son of God at the end of the age when He defeats the forces of ungodliness at His second coming. In His triumphant return, the King of kings and Lord of lords will eliminate the powers of sin and of death and bring all spiritual conflict to an end (1 Corinthians 15:24-26). After His second coming, Christ will bring all things under subjection to God the Father (1 Corinthians 15:28).

In His wisdom and sovereignty, God is able to use conflict to accomplish His divine will. Although this is not the best possible world, Scripture assures us that God is using this fallen world in preparation for the new heavens and new earth.

Conflict Management and Who I Am

Fight or flight, aggression or avoidance -- neither of these strategies provides an effective long-term technique for managing conflict. Because we have different temperaments, some of us are less confrontational than others. Still, a good leader must develop the skill of confronting others when necessary. Read the note on 2 Samuel 14:1-15:37 to learn from a negative example. There you’ll see how David mismanaged his conflict with his son Absalom.

Absalom had heard that his half brother Amnon had raped his sister Tamar, yet he had failed to confront Amnon. Instead, he deceitfully arranged for Amnon’s murder two years later and fled after the deed had been done (2 Samuel 13).

King David had also failed to discipline Amnon (13:21-22), and now he was shirking his responsibility to settle his conflict with Absalom, even though his son longed to see him. David relented only after Joab entreated him to restore Absalom following three years of banishment. But even after allowing him back into the city, David refused to see Absalom for another two years until Absalom forced the issue and the meeting did take place. But it was too late; Absalom had become embittered against his father and conspired to take the kingdom away from him. David’s conflict avoidance strategy not only failed to work but eventually escalated the conflict.

Had he dealt promptly with the issues surrounding Amnon and Absalom, Amnon’s murder and Absalom’s conspiracy might have been averted.

The key to conflict management is prompt reconciliation by lovingly speaking the truth (Ephesians 4:15). Effective conflict managers know how to balance truth (confrontation) and love (reconciliation). Effective leaders learn to be peacemakers by dealing directly with disagreements and seeking amicable resolutions. David shows us that putting off confrontation only strains relations and inevitably compounds the problem.

Take a moment to look at two other cases of conflict management in the Old Testament. Look at Genesis 31 and consider how Jacob and Laban mismanaged their conflict. By contrast, read Genesis 32 to see how Jacob sought to be reconciled to his estranged brother Esau.

Conflict Management and How I Think

While the word conflict usually carries a negative connotation, conflict itself doesn’t have to be negative. That’s why we’ve titled this week’s study “Conflict Management” rather than “Conflict Resolution” -- a conflict is not something that simply needs to be “resolved,” as though getting through it and moving on are the highest goals. Conflict produces energy, and energy can be channeled in positive directions. How can a leader make this happen? See Ephesians 4:1-3 to discover the keys to managing conflict with the goal of a positive outcome.

The critical issue in conflict management -- and the one that most strongly influences one’s approach to it -- is this: “What will my proper management of this conflict accomplish?” Christians who live up to their calling (v. 1) must keep unity through a commitment to peace (v. 3); that’s the preferred outcome. So how can a godly leader approach conflict so that it cements unity between the participants?

Think your way through verses two and three. Ask what each element named contributes to managing conflict so that unity and peace result. Imagine how people would approach conflict if humility, gentleness and patience provided the context in which all participants viewed the situation, and if unity and peace were the sole motives. Imagine how the process would work if all participants exercised these qualities as they worked through conflict. Imagine that conflict, as intended, produced growth in individuals and unity between people.

The Power of Diversity and Depth
Gregg Matte