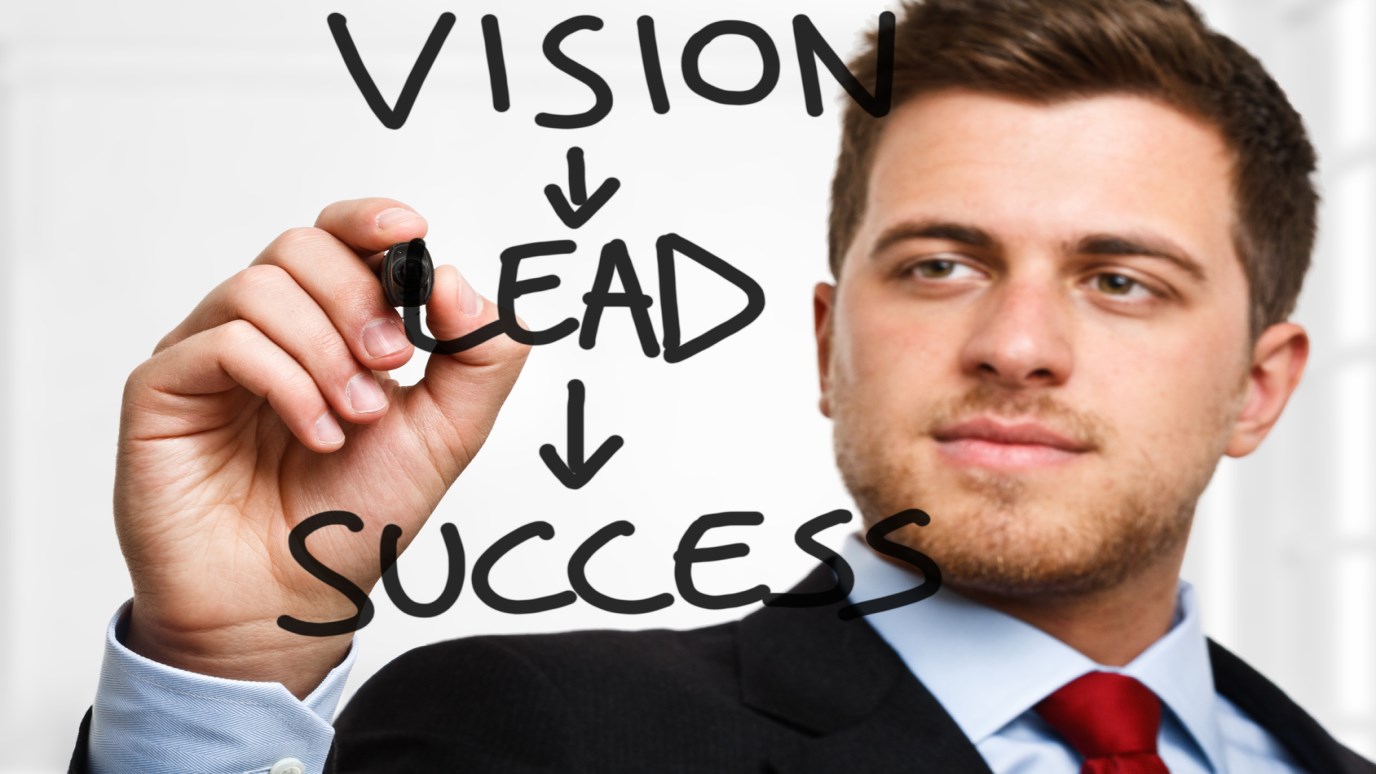 Most good leaders are blessed with vision. However, it is one thing to have vision and quite another to communicate it effectively. Ken Boa examines how David and Moses communicated their visions.

When God provided David with a vision of the Jerusalem temple, the king wanted to be personally instrumental in making that dream a reality. But the Lord told David that the job of building the temple would be given to Solomon, David’s son and successor. David chose not to view himself as having been

cut out of the action. Instead, he energetically undertook his new charge—that of communicating the vision for the temple in a manner that would infect Solomon and enlist his unqualified support.

First, he made it clear that the vision had come from God (vv. 1-3). Second, he informed Solomon that his role would be to lead the charge in building the temple (vv. 6-7). Such a task would require total devotion to the Lord and to the work. A halfhearted effort wouldn’t get the job done (vv. 8-10). Third, David assured the people that this enormous task would be accomplished because God would enable Solomon to get the job done (v. 6). Fourth, David gave his son sufficient detail about the temple that Solomon could visualize what it would look like (vv. 11-19). Finally, after casting the vision, the king gave his son another dose of encouragement (vv. 20-21).

One of your most significant tasks as a leader is to infect others with your organizational vision. As you reflect on your own situation, think about David’s strategies for casting a vision and consider which of those are transferable to your own situation.

After His disciples returned from buying food, Jesus surprised them by telling them He had food for them they knew nothing about (v. 32). At first they assumed He meant physical food, but He was referring to another kind of nourishment—that of participating in God’s will (v. 34).

Before the disciples arrived on the scene, the Samaritan woman with whom Jesus had been talking had gone to tell her people about the man who knew everything she ever did. When Jesus told His disciples to look at the fields that were ripe for harvest, it may be that He was referring to the Samaritans who were on

their way to talk with Him. This passage illustrates how Jesus constantly sought to communicate a greater vision of the Father’s will to His disciples. God’s vision always surpasses human comprehension, and it must be transmitted by the Spirit of God.

Communicating Vision and Who I Am

It is one thing to have vision; it is quite another to communicate that vision to others to enable them to embrace and internalize it. Those who follow Christ are commissioned to communicate the vision of newness of life to others within their spheres of influence. See Deuteronomy 6:4-9 to read how parents are entrusted to convey spiritual and moral truths to their children.

This is the central biblical passage concerning parents’ responsibility to create an environment in which their children will hear and embrace the teachings and principles of Scripture. Since people cannot give away what they do not possess, it is first necessary that parents know and love the Lord before they can hope to instill spiritual truth in the hearts of the next generation. Only those who love the Lord themselves will be effective in passing on this love to others (v. 6).

This passage underscores the fact that vision is imparted in both formal and informal ways. In these verses, parents are told to impress God’s commandments on their children not only in more structured settings, but also in unstructured and spontaneous ways (v.7). When people are serious about knowing God, they begin to incarnate and exhibit what they speak. Spiritual and moral principles are best conveyed in the laboratory of life; they are conveyed as much through character as they are through words. Truth is most effectively proclaimed through the consistency of words and works. For a deeper look at this issue, read Proverbs 2. In what ways does the father in this chapter attempt to communicate a heart for wisdom to his child?

Communicating Vision and How I Think

God had a great vision that He wanted Moses to “catch.” But He encountered resistance when He communicated His vision to His reluctant servant. Through this story we learn a great deal about how to help those who don’t buy into a vision when they first hear it. Despite Moses’ initial strong resistance, God finally sold him on the vision. Read about the event in Exodus 3:11-4:12; then read the brief character sketch below on Moses. Especially notice how God led Moses (with communication) from rejecting to accepting the vision.

Leaders often face challenges, where their own resources seem inadequate. That’s the way Moses felt when God appeared to him in the burning bush (Exodus 3:10). He responded to God’s promise with three questions and an objection that expressed his lack of confidence.

Moses first question, who am I (v. 11), revealed a radical change in Moses. Forty years earlier Moses had impulsively tried to rescue a fellow Hebrew from a beating by an Egyptian (2:11-12).

Now he felt inadequate for this task, even though God Himself was commissioning him. God’s response was exactly what Moses needed (3:12). He soon discovered that one plus God equals a majority.

Demanding the release of 2.5 million slaves was a tall order, and Moses would need an authority higher than himself to persuade Pharaoh. Again God gave Moses what he needed (v. 14). By calling Himself “I am,” God revealed that He is the eternal God who is always there for His people. He was the God of Abraham of Isaac; a description that would resonate  with the Hebrew slaves in Egypt.

Still unconvinced, Moses asked a third question: What if they do not believe me (4:1)?

Moses’ fourth objection implied that he wasn’t qualified to lead the people because he wasn’t an eloquent speaker (4:10). At this point Moses’ fear of failure prevailed over his memory. So many years had passed since Moses had used his skills of persuasion that he thought he had lost them. Once more God compassionately responded to Moses. He promised to give him words to say and then deputized Aaron to help him.

Moses was one of the greatest leaders of world history. When God directed him to lead in a difficult situation, he hesitated before he obeyed—but he did obey. God showed Moses genuine understanding of his fears about this overwhelming vision. God validated each of Moses’ statements and addressed them. As Moses’ concerns went away, so did his resistance to the vision. Like Moses, all leaders will occasionally face seemingly impossible situations and will need to follow Moses’ lead: Assess the situation, take their fears to God, listen for His response and then obey.

Consider the Impact of Your Actions
Ashley and Jane Evans

Micromanaging Stinks – or Does It?
Lead Like Jesus
Follow Us
Grow Daily with Unlimited Content
Uninterrupted Ad-Free Experience
Watch a Christian or Family Movie Every Month for Free
Early and Exclusive Access to Christian Resources
Feel the Heart of Worship with Weekly Worship Radio
Become a Member
No Thanks