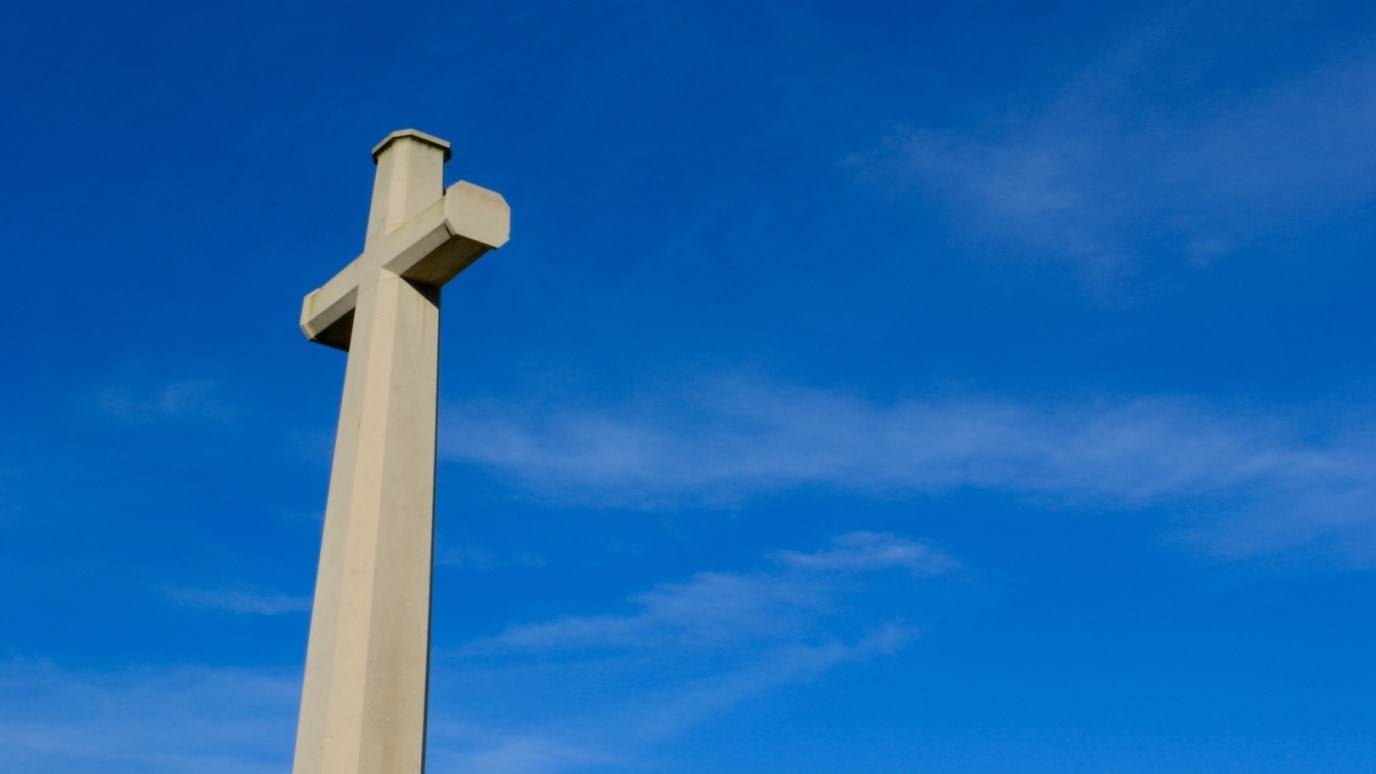 Jesus makes all the difference between a cowardly Christian leader and a courageous one.

The Jesus Journey was a transforming experience for those who followed him…particularly for those who followed him over the last six months of the journey. Those were months of transition, and Jesus sought to shape those who had once been merely curious into courageous leaders who would be willing to live and die for their mission. Those six months of transition were ones of gaining the strength of character and the assurance of faith that would enable them to take on the responsibilities that lay ahead of them. Heading up that group was a young man whom Jesus recognized as someone who had the potential to be rock solid in his faith and to live courageously—that is, to live with “an unreservedness to speak or act without ambiguity.” His name was Simon Peter. He was on the verge of becoming the spokesman and corporate officer for Jesus’ newly formed organization, and his courage was going to be tested.

It was a late spring night in Jerusalem and the cool temperature at 2,500 feet above sea level prompted Peter to find a warm fire. A teenage servant girl in the small huddle noticed the flame lighting up the face of Peter. She asked the future spokesman for the early Church, “Haven’t I seen you with Jesus?” “I believe you are mistaken,” Peter replied, “Not me.” This girl had no political or business agenda, yet Peter did not stand up for Jesus. The biblical records reflect that he then left that location and came back awhile later. This time the same girl, now with a few friends, pushed the issue and said, “You are one of those who have been with Jesus.” Peter then underscored his denial by saying repeatedly, “I am not.” The Peter returns an hour later to a different fire with a larger group of people, and swears that he does not even know Jesus, much less have the courage to defend or declare his allegiance to Him. At that moment, a rooster crowed and the Bible documents that Peter remembered Jesus’ warning to not be so self-assured of his own courage because he would cower three times before the next morning would arrive. At that moment Jesus walked by and they locked eyes. Peter left the scene weeping bitterly and Jesus was left to stand trial on his own (see Matthew 26; Mark 14).

Yet forty days later Peter is able to stand in front of a worldwide audience in Jerusalem and make, arguably, the most compelling and courageous case for Christ that has ever been recorded. Despite failing so miserably, six weeks later Peter found the courage to move forward. This embedded courage wasn’t perfect but it sure had some perseverance to move forward? What were the marks of his courage?

When Peter first encountered Jesus, it was driven by curiosity that had been ignited and fueled by a community of family and friends who came to him and said, “Come and see this one who claims to be the Messiah.” Peter responded to his brother Andrew’s challenge and it began a life altering journey. Close friends and family members often influence the paths we pursue. Leaders who wish to be courageous in their Christian faith need a community of respected friends and family members who challenge them to keep moving toward Jesus. Courage is often built with the encouragement of a cadre who can challenge you to “step out” in your faith when there may be an element of risk involved. Gordon MacDonald declared recently to a Lifework class, “Encouragement comes from those who ‘press courage’ into you”. Time and time again, Jesus would “press courage” into his close followers. He modeled courage in front of his disciples when crowds questioned and challenged him on a variety of issues, but then would regularly retreat and give the disciples some personal “encouragement” to follow his example. For the rest of his life Peter, who was inclined to be a lone ranger, kept a high level of commitment to living in community with others.

When Lifework presented Jesus in our opening sessions there was an intentional effort to be clear on the deity of Christ - that Jesus is God. When leaders are called upon by the Lord to be courageous, they are expected to defend, represent, and sometimes present their faith. They should not be sidetracked with questions that hold little import. Peter wrote later in his life to “always be ready to give an answer for the hope that is within you” (1 Peter 3:15). Questions like “Did Adam or Eve have a navel? Did Cain and Abel have a sister?” are not the kind of questions that Peter had in mind.

That type of question is fun, but frivolous. The questions that Peter was referring to were similar to the pointed question that Jesus asked of him: “Who do you think that I am?” That Jesus is God is THE difference between Christianity and all other faiths. In fact, when Jesus presented a difficult teaching that for most Jews was hard to accept (“I AM” – a claim of deity) many “turned back”. Jesus followed up with Peter and asked if he wished to leave and Peter’s response was telling—“…we believe and know that you’re the Holy One of God.” Christianity declares that Jesus is the son of the living God. Peter and his teammates had personally researched the question and were settled on it. A significant step to summon courage is acquiring the clarity on this ultimate reality – Jesus is the resurrected Son of God. The author of Acts states repeatedly in the immediate years that followed Jesus’ transition that the difference between Peter being a coward and being courageous was his confidence in the power of Jesus’ resurrection. Peter’s courage was no longer driven by self-assurance but in Christ’s assurance that Christ was truly the God.

Over the course of three years Peter saw how Jesus’ counter-cultural words and deeds set him apart from contemporary leaders. The political leaders, Herod and his sons, were wealthy, violent, shrewd, ambitious, conspicuous, and grandiose. The religious leaders at that time were literal, obsessive, external, independent, proud, and loyal to their religion. The leader that Peter chose to follow was modest, poor, personal, loving, introverted, dependent on his Father, and loyal to relationships. To be counter-cultural took courage. Jesus was counter-cultural in such a way that he was not offensive or odd, but rather compelling and attractive to those who met him. Do people observe a compelling “difference” about you as a Christian business leader? Are those around you curious as to why you make the choices that you make? “You seem to have a strong faith,” some colleagues may observe. They may ask, “Why does your faith influence your decision-making?”

Perhaps your peers are not curious about your life and leadership because they are common, not counter-cultural. Perhaps you lack the confidence and skill to take public positions on issues that would demonstrate a distinctive Christian worldview. If you had to present a case for your faith in front of your boss or board, would you be able to do it with confidence, and without hesitation?

Peter certainly faced these challenges after taking the leadership baton from Jesus. Peter no longer was a coward. He was counter-cultural because his leadership reflected the leadership of Jesus. His courage was fueled staying close to Jesus and trusting his leadership model. The Training Period was over and it was time for the Transition Period. The transition period would last for six months. He was on the verge of becoming the spokesman and representative for the Kingdom and his courage was going to be tested. This is why the author of Acts declared, “When the people saw the courage of Peter (and John) and realized that they were unschooled, ordinary men they took note, that these men had been with Jesus? (see Acts 4:13). It was the obvious presence of Jesus that marks and motivates courageous Christian leaders.