Lead by Doing What Others Won't Do: Drive to Completion 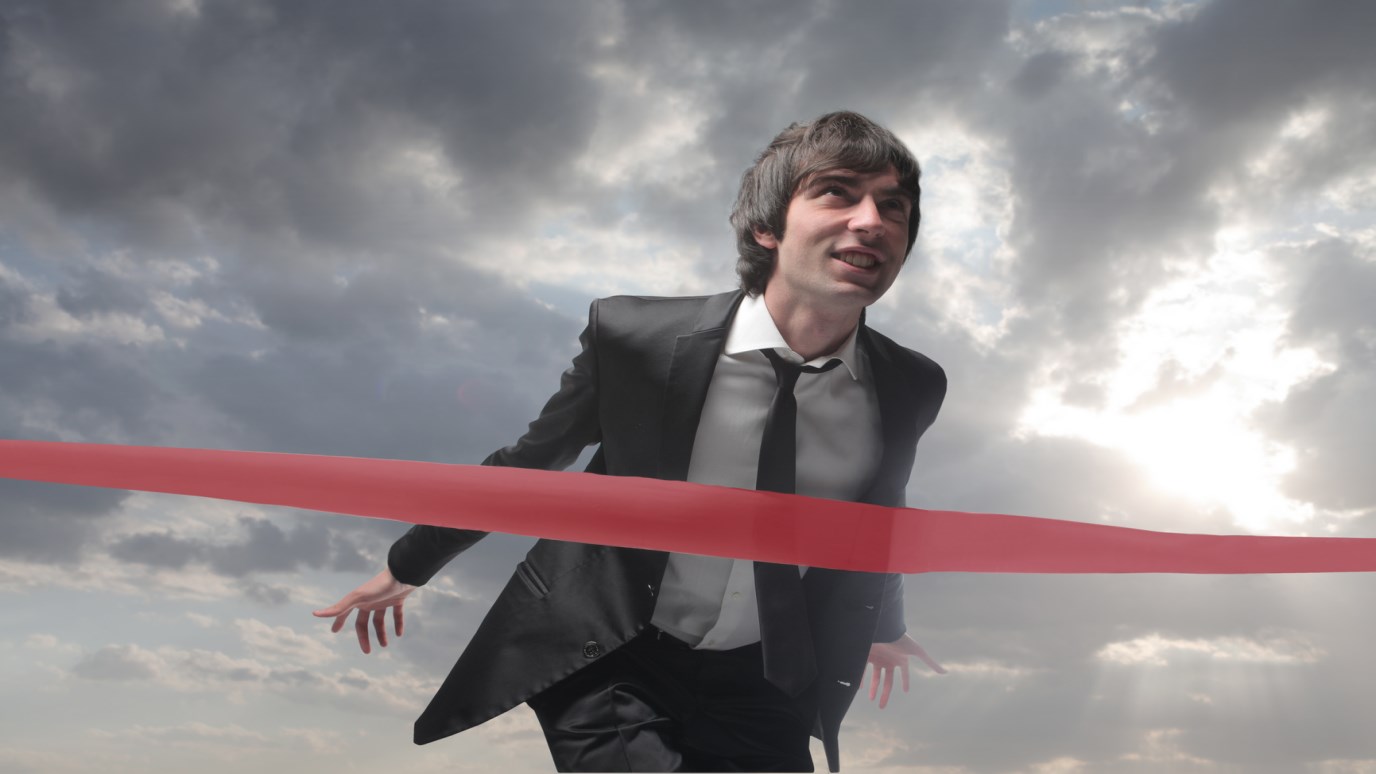 Being able to finish something that you've started is a trait valuable to leaders.

Visit any home improvement store on a Saturday morning, and you will see the beginning of hundreds of projects. People gather supplies, get instruction, and consult with professionals to get their game plans in order. Week after week the same scenario plays out. Based on sales, it would appear that these weekend warriors will soon beautify and improve the entire planet.

But reality and results tell another story entirely. A quick look through the garages and basements of many of these great starters would likely reveal the truth about completion: the final ten percent, for many people, is virtually uncharted territory - meaning they never get there.

Carry the accumulation of half-demolished foyers, clogged caulk guns, and piles of debris into the business world, and it's no different.

The pattern for success in business is to recognize an unsatisfied need, innovate to find and provide a solution, then to expand and repeat the process. Somewhere between innovation and delivery, we find the no-man's zone known as completion.

I once employed someone who proved to be an excellent initiator but a terrible finisher. She would start a task but get hung up once she encountered an obstacle. When asked why she didn't get the job done, she blamed someone for not getting back to her or a situation she'd encountered. In short, she didn't understand how to drive to completion.

What makes completion such a challenge?

Completion forces us to step forward.

For many people, the thought of completing a goal is unsettling - even when the task at hand is unpleasant. Maybe it's the sense of the 'known evil' being preferable to the unknown one. No matter how ornery a project has become, at least it's a pain in the neck that is familiar. We know that upon completion, we must choose again. We question whether we've got the goods needed to accomplish the next challenge.

Completion forces us to step up.

Concluding the current initiative inevitably moves us to a point of "what next?" For success-minded people, the answer to that question always comes in the form of raising the bar. Knowing that an even greater challenge lies ahead can make incompletion insidiously alluring. We know that each completion is followed by a call for even more. We wonder how we will bear up as the stakes are raised.

Completion forces us to step out.

Whether the task at hand is pleasant or not, we become attached to it. No matter how hard it seemed as we first put our hands to the plow, it is now within our comfort zone. It is familiar, and it seems manageable. People generally fear change. We convince ourselves that survival depends on staying inside our circle of competency. Completion represents a not-so-subtle nudge out of that circle.

For many people, incompletion has become a way of life. It takes the form of procrastination, loss of interest, confusion, and frustration. By remaining at the 90% complete mark, we reap the dubious benefits of security, mediocrity, and familiarity.

How can we push forward for completion?

Focus on one task at a time until it is complete. This sounds like an effective solution - on paper. Chances are, though, that your world is more complex than that. However, even with multiple projects and priorities going on at the same time, you can still focus on one idea at a time and then move on. Each new opportunity should be evaluated before you commit. Remember that 'good' is the enemy of 'best' in your consideration. Does it serve your purpose? If so, engage and then move forward into completion.

Realize that the final 10% isn't so bad.

Often the final stretch is comprised of unremarkable, monotonous, or tedious tasks. Because they are less than exhilarating, they seem onerous. Reality is that these final milestones are a lot closer, and a lot easier to attain than they seem. These loose ends rarely take the time or energy we fear they will. Just like the sticker on your car's rearview mirror reads, completion "may be closer than they appear."

Understand the price you pay for incompletion.

The process of beginning an initiative and working on it requires that you fully engage your commitment, your creative power, and your attention. The deepest recesses of your mind loathe letting go of these commitments. Like an elbow constantly poking into your ribs, your mind will nag you unceasingly about your incompletion. This distraction is often enough to pull you right out of the game when it's time to take your next step.

Enjoy the rewards of completion.

The marketplace rewards completion. Every purchase of goods or services is immediately and unconsciously evaluated for completion. If you were to go out for dinner, place your order, and then never receive your food, you would complain, refuse to pay, and never want to go there again. If you purchased a car and discovered it was missing some key component, a steering wheel for example, you would refuse to take delivery.

It's been said that the key to outrageous success is to do what nobody else will do. This brings to the forefront an opportunity to excel through completion, and reap the rewards of your diligence. A quick look around illustrates people's tendency toward procrastination, loss of momentum, distraction, and incompletion. By committing to completion, you will do what nobody else will do, and the rewards will follow.

Recognizing the prices and benefits of completion may be enough to move you forward. What prize awaits when you push forward for completion?

Dr. Martin Luther King Wasn’t Perfect — And That Should Be Encouraging
Ron Edmondson

It's a Choice
Jud Wilhite