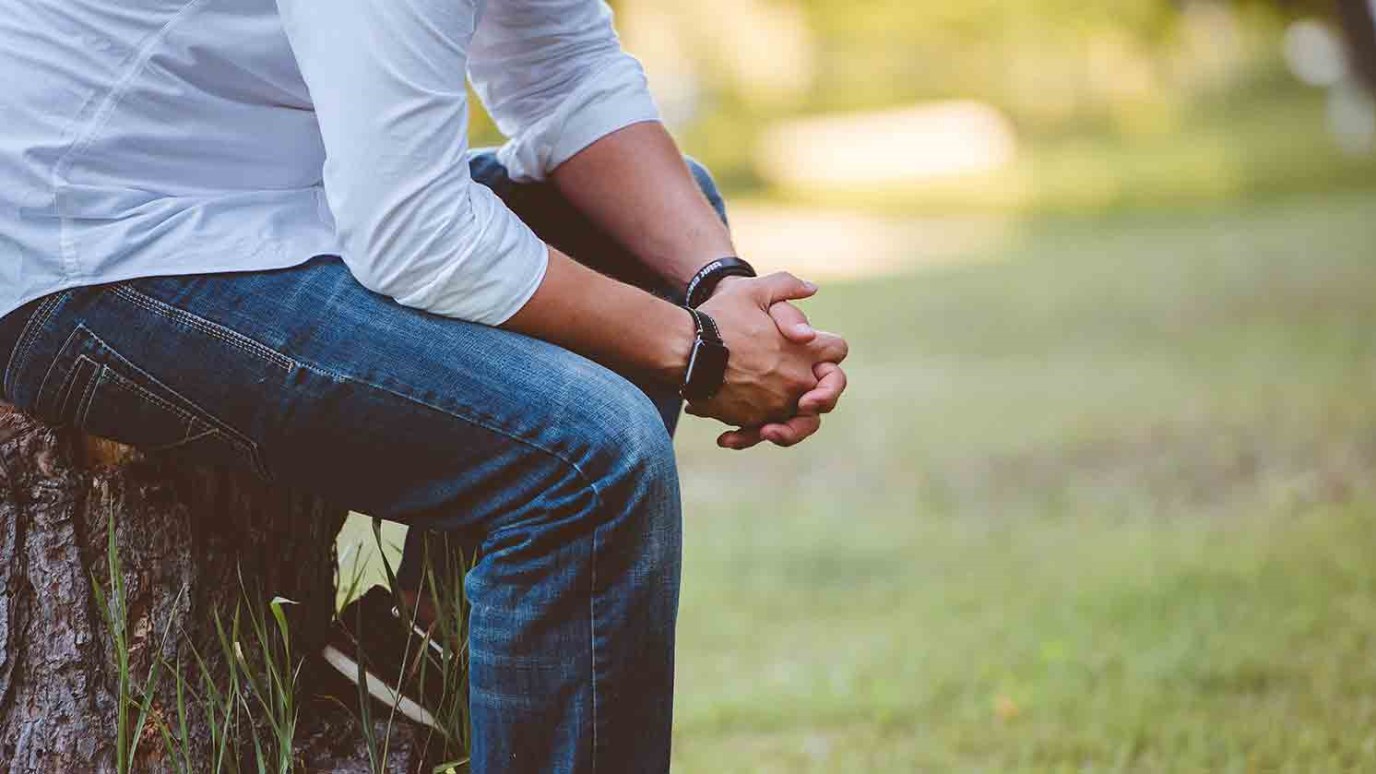 Sin is portrayed in the Bible like a weight that drags you down. Imagine trying to run in a race with barbells chained to your ankles. You certainly wouldn't win the race. You might not even finish!

I love watching the Olympics because I'm a sports fan. I think the writers of the New Testament were, too. They were probably familiar with the ancient Olympic Games -- which were still going on in the first century -- because they often used the example of running a race to describe the Christian life. The apostle Paul in particular was fond of that metaphor. He used it several times in his epistles (see 1 Corinthians 9:24-25, 2 Timothy 2:5, 4:7; also Acts 20:24).

The writer of Hebrews gives an especially interesting example of the racing metaphor: "... Let us lay aside every weight, and the sin which so easily ensnares us, and let us run with endurance the race that is set before us" (Hebrews 12:1). You see how sin is portrayed here. It's like a weight that drags you down. Imagine trying to run in a race with barbells chained to your ankles. The picture is really funny. You certainly wouldn't win the race. You might not even finish!

Also notice that we are to run with endurance. The Christian life isn't a 50-yard dash; it's more like a marathon. It takes great endurance. I remember the guys in my gym class in high school who were short-distance runners. When we had to run five miles in class, they weren't able to finish unless they paced themselves.

And sin "easily" ensnares us. We have a difficult time if we try to live as Christians while holding onto sin. How do we handle sin? The Bible says to run from it. It tells us to flee from idolatry (1 Corinthians 10:14), from sexual immorality (1 Corinthians 6:18), from greed (1 Timothy 6:11), etc. Instead of being caught up in sin, we should concentrate on our goal. "Forgetting those things which are behind and reaching forward to those things which are ahead, I press toward the goal for the prize of the upward call of God in Christ Jesus" (Philippians 3:13-14).

God promises His help in overcoming sin: "No temptation has overtaken you except such as is common to man; but God is faithful, who will not allow you to be tempted beyond what you are able, but with the temptation will also make the way of escape, that you may be able to bear it" (1 Corinthians 10:13).

At the opening ceremonies in 2008, the International Olympic Committee president reminded the athletes that they are role models for the world's youth and urged them to "reject" cheating. In the same way, we should reject sin. We should lay it aside and keep on running the race.

Remember, the Christian life is a marathon. Finish the race well.

The Only True Gospel
Dennis Mock

The Answer to Every Problem
Fresh Life Church

How to Be Generous When You're Stretched Thin
Pastor Rick Warren

Children of God, Part 2
David McGee
Follow Us
Grow Daily with Unlimited Content
Uninterrupted Ad-Free Experience
Watch a Christian or Family Movie Every Month for Free
Early and Exclusive Access to Christian Resources
Feel the Heart of Worship with Weekly Worship Radio
Become a Member
No Thanks