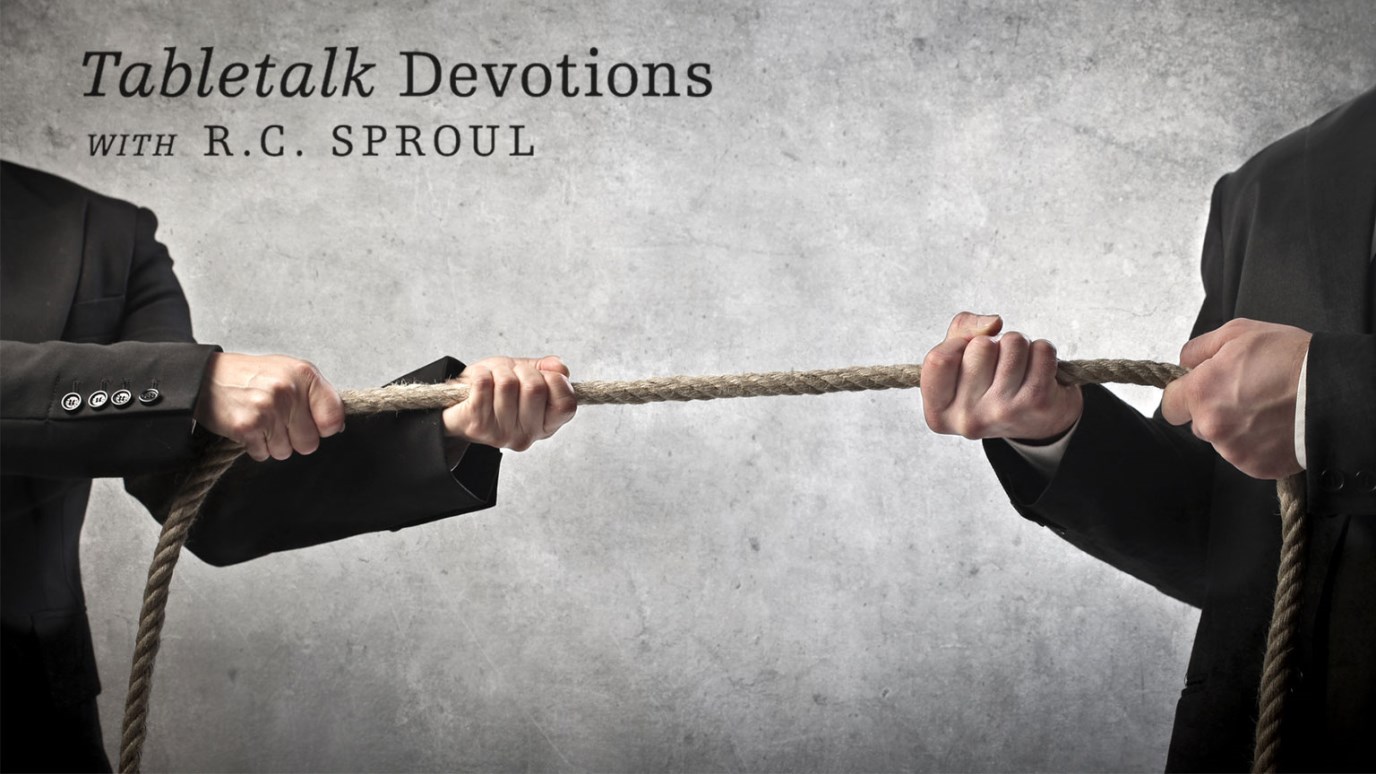 Though the kingdoms of this world may rage against the Lord, in the end they will be no match for Christ Jesus—the perfect covenant keeper.

Genesis 14 confirms Lot’s foolishness in walking by sight instead of living by the same generous faith as his uncle Abram (see chapter 13). Today’s passage sets up the first disaster to befall Lot and his associates — their capture by a confederacy of kings in 14:12.

Chapter 14 is notable because it is the first mention of warfare between human beings in the Bible. Even though God was working through Abram to bless all nations (12:1–9), strife continued as men continued in their sin. As we strive by the power of the Spirit to bring God’s kingdom to bear on earth, we should expect to struggle too. John Calvin, in his commentary on 14:1–7, argues that even though we continue to see wars and hear rumors of wars, we must remember that evil has long been with us. Still, we must fight against it, for its day is coming, the day when Jesus returns.

The events of Genesis 14 correspond with the archaeological evidence we have uncovered from Abram’s time. Though we are not yet able to identify the various kings found in this chapter with any extra-biblical evidence, we can pinpoint some of the locations. Shinar (v. 1) is the site of the tower of Babel (11:1–9) and home of the Babylonian empire. Elam was a powerful country, located near the Kerkh river just north of the Persian Gulf (in modern-day Iran). The lands of Goiim and Ellasar are as yet unknown.

Five other cities: Sodom, Gomorrah, Admah, Zeboiim, and Bela were vassal states to the four kings previously mentioned (14:2–4) and were in rebellion against their lords. This means that the five cities had, in their thirteenth year of subjugation under Shinar, Elam, Ellasar, and Goiim, ceased to pay the tribute of money and produce they owed as servants of those kingdoms. Thus, in the next year, Chedorlaomer of Elam led a confederacy including the three other overlords to punish the five cities for their lack of fealty (vv. 5–7).

Yet before the war between the kings is described, Moses tells us of several other peoples the four overlords conquered on their way to discipline their vassals. Hearing of such a feat leads us to acknowledge the unstoppable might of these four kings.

As we will soon see, the mighty kings of Ellasar, Goiim, Shinar, and Elam were no match for Abram, a faithful covenant keeper. Though the kingdoms of this world may rage against the Lord, in the end they will be no match for Christ Jesus, the perfect covenant keeper. In our day we see much warfare, but as Christians we should be the most at peace. Take some time to pray about any anxiety you may have so that you may be confident in Christ.

The Friend Who Sticks by Us
Martin Manser