King of the Hills 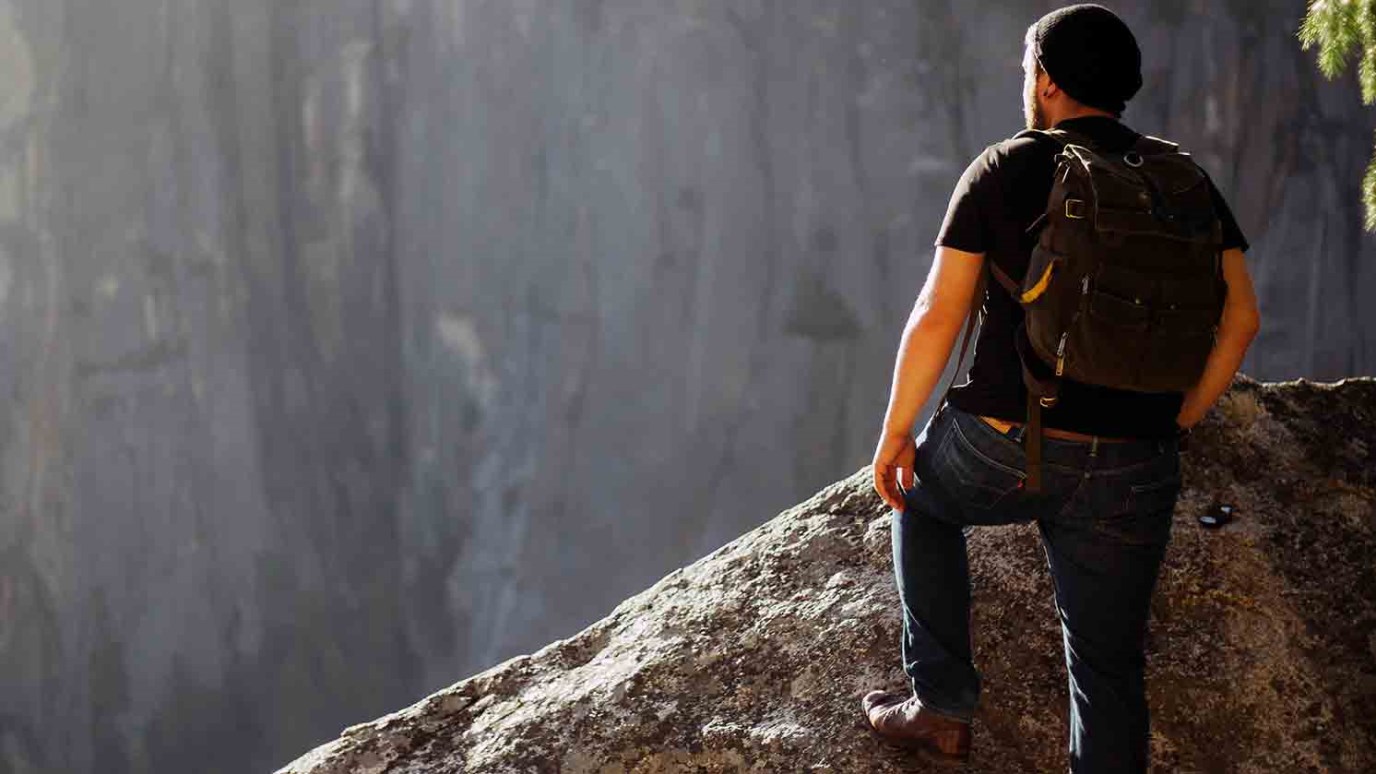 A self-made man standing on a man-made hill is of no comparison to the God who made the mountains—the One whose very hands are begotten, not made.

Public radio program This American Life ran a special report on a certain sub-culture of people whose prize possessions are their car stereos. They are called “decibel drag racers,” and people flock across international borders to join them in competition. Like actual drag racing, cars line up across the track, except in this competition they will not be going anywhere. The winner is the owner of the car stereo that can play at the loudest possible decibel.

Oddly enough (that is, more odd than the fact that these systems are too powerful to play music), most of the cars that win this competition are not even drivable. The world record holder at the time of this interview had 900 pounds of concrete poured into the floor of his van. Windshields usually only make it through three competitions before cracking (and these are not normal windshields). Yet one competitor still seems to entirely miss the irony that there is no longer any room for himself in his car. “We need more batteries,” he laments. “But that’s all the room we have.”(1)

To anyone outside of this extreme audio sport world, “irony” is perhaps a generous word to describe the phenomenon. The TAL reporter was far more articulate: “Everybody wants to be the king of a hill,” he concluded. “But the number of aspiring kings always dwarfs the number of available hills, so in this country we build more hills.”(2)

I’m not sure there is a better way to describe it.

There is a word in Greek that captures my imagination as much as undrivable cars and manmade hills. Cheiropoietos is a combination of two other Greek words, the first meaning “hand” and the second “to make”—thus, the rough translation, “made with hands.” The word makes one of its first appearances in the Septuagint, the early Greek version of the Old Testament. In something like a satire, the prophet Isaiah questions the effectiveness of Bel and Nebo, the god of the Babylonians and the god of the Chaldeons. Isaiah describes a procession out of the city and into exile where Bel and Nebo only burden down donkeys.

They “stoop and bow down together,” Isaiah writes “unable to rescue the burden, they themselves go off into captivity” (Isaiah 46:2). In calamity, the people who serve these gods are not bowing before them. Idols made with hands must be carried out of the city gates by the very hands that made them. Isaiah is perplexed by the irony they fail to notice:

Some pour out gold from their bags
and weigh out silver on the scales;
they hire a goldsmith to make it into a god,
and they bow down and worship it.

They lift it to their shoulders and carry it;
they set it up in its place, and there it stands.
From that spot it cannot move.
Though one cries out to it, it does not answer;
it cannot save him from his troubles.(3)

The irony of things worshipped is often lost on the worshipper. The prophet Jeremiah called it a “discipline of delusion.” Much like a prized vehicle that cannot carry you home from the competition, idols that cannot answer the cries of the worshippers who made them are not worth crying to in the first place. Whether building idols or building hills, anything that can be fashioned at our own hands is not worth worshipping.

But for those of us who have tried and failed anyway, there is yet hope. The book of Isaiah is not the last time cheiropoietos appears in Scripture. In the New Testament, cheiropoietos is contrasted with the word acheiropoietos—that which is “made with hands” is set in stark comparison to that which is “made without hands.” Thus in a letter to the Colossians, the apostle Paul encourages believers to see that we are not self-made men and women, but believers transformed by something entirely different. “[Y]ou have come to fullness in Christ, who is the head of every ruler and authority. In him also you were circumcised with a circumcision made without hands, by putting off the body of the flesh in the circumcision of Christ; when you were buried with him in baptism, you were also raised with him through faith in the power of God, who raised him from the dead.”

A self-made man standing on a man-made hill is of no comparison to the God who made the mountains, the one whose very hands are begotten not made. Far more worthy of wonder than gods that must be carried is the God who takes up our infirmities and carries our sorrows, who was wounded for our transgressions, crushed for our iniquities, and bore the sins of many in his hands.

The Test of Patience
Elmer Towns

Because He Forgives
Dr. Ken Boa