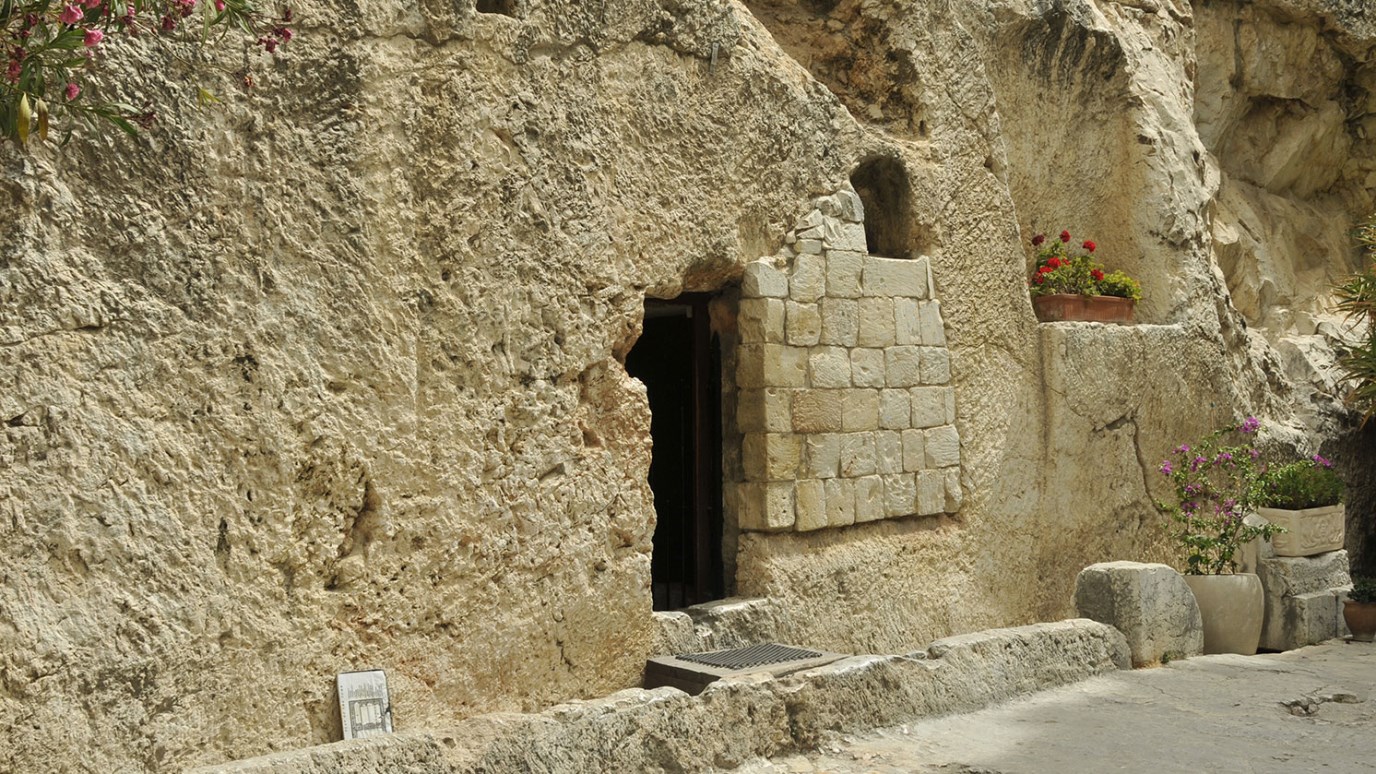 We know that Jesus is not decaying in some forgotten grave but is ruling from His Father’s right hand today.

The traditional site on Mt. Zion in Jerusalem is labeled “The Tomb of King David.” When today’s pilgrims visit Israel this is one of the regular stops, but actually, no one knows who’s buried there.  It’s venerated because when the Crusaders captured Jerusalem in June 1099, they slaughtered the Muslims and Jews who lived there. With no one to give them hints about where King David might be buried, they chose Jerusalem’s southwestern hill, but this can’t be the place.

Digging through debris archaeologists have gotten down to the level of the place called “David’s City,” and it is east of the site chosen by the Crusaders, south of the present Temple Mound.

Today, we don’t know where David is buried but the first century Jewish historian, Josephus, did know where it was. He recorded that King Herod looted David’s grave, and early in the summer of AD 33 at the Feast of Pentecost the apostle Peter could tell a crowd in Jerusalem that they all knew where David’s remains lay buried. What’s amazing is that Peter took this fact to point the crowd to one of David’s sons who wasn’t decaying in the grave.

What astounds me is not that the Crusaders got King David’s tomb wrong, but that the historical patriarch got it right about the Messiah, one of his sons, who didn’t decay in some venerated tomb. Listen to the apostle Peter’s revelations from two of King David’s Psalms, 16 and 110.

“Men, brethren, I can speak with you with confidence concerning the Patriarch David. He died, was buried, and his tomb is here with you until this very day. But he was a prophet and knew that God had sworn with an oath that one of his descendants would sit upon his throne. His prophetic gift enabled him to see into the future; therefore, he spoke about the resurrection of the Messiah. David revealed that the Messiah would not be abandoned to Hades (the place of the dead), neither would his flesh see decay. Instead in fulfillment of David’s prophecy God raised this Jesus from the dead, and we are all witnesses of this fact.

Therefore, because he has now been lifted up to God’s right hand, he has received from the Father the promised Holy Spirit and has poured out what you now see and hear.  David did not ascend to heaven and yet he says, ‘The LORD said to my Lord: Sit at my right hand until I make your enemies a footstool for your feet.’ (Psalm 110:1)  Therefore beyond any doubt let all the House of Israel know that God has made this Jesus, whom you crucified, both Lord and Christ.” Acts 2:29-36

We might not know where King David is buried, but based on David’s predictions about the Messiah and Peter’s eyewitness account, we can know that Jesus is not decaying in some forgotten grave but is ruling from His Father’s right hand today.

LORD, help me listen to your Holy Spirit living in my life today so that I continue to pour out thanks to the fact that Jesus died for my sin, that He rose again, and that He ascended to the position of real authority and power. Lord, I submit to your rule over my life again today.

Live for His Glory
First15

Living Without Expectation of Perfection
First15