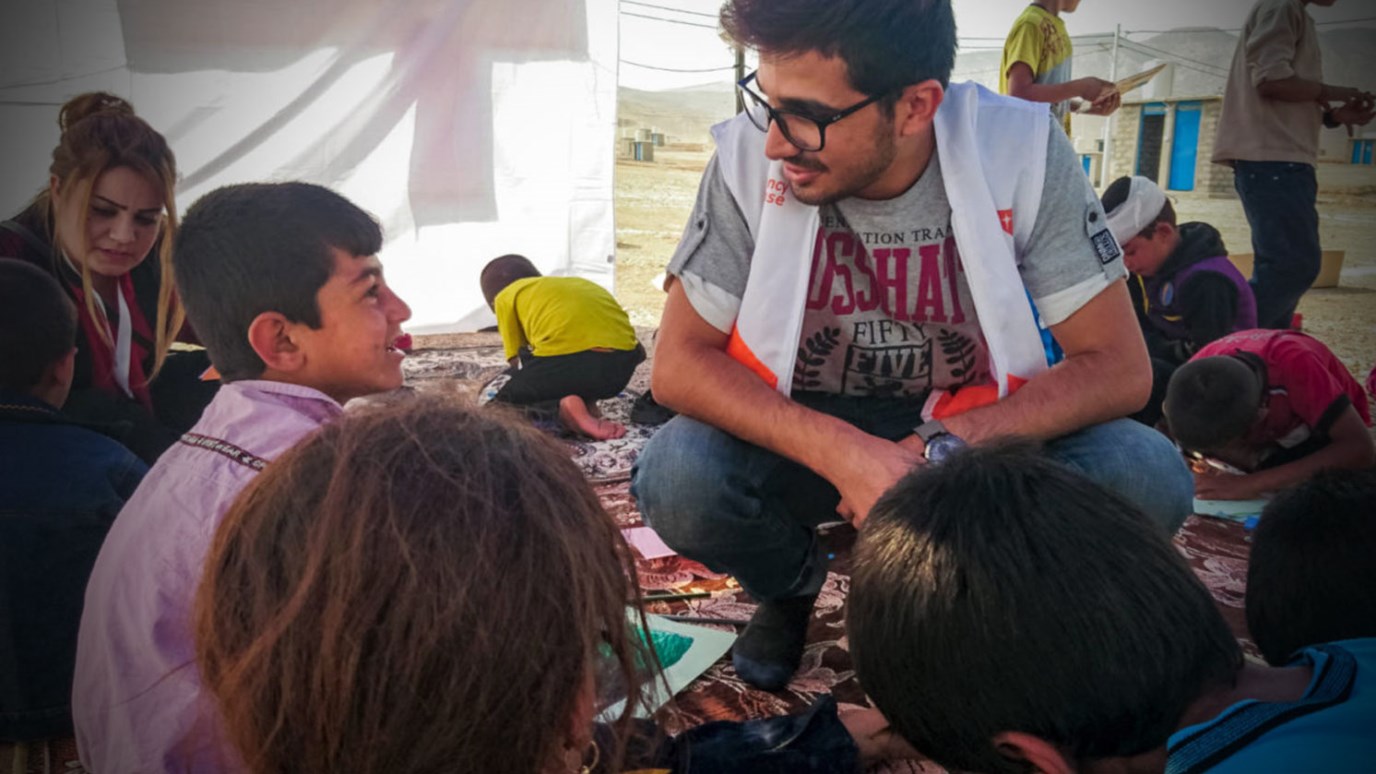 A World Vision animator chats with a boy who was displaced by conflict near Mosul, Iraq.

Children fleeing Mosul are arriving at camps petrified, struggling to express themselves, and in some cases too terrified to speak, says World Vision staff based just outside of the city. The children and their families fled fighting in the military operation to retake Mosul that began in mid-October 2016.

Families report being fired at with guns and mortars as they fled. With nothing but the clothes on their backs, parents grabbed their children and ran. One family said a mother and child in their group were killed.

Two years living under brutal occupation and facing a litany of dangers while fleeing — such as landmines, snipers, and fighters — has taken a toll on children’s physical and mental health.

“Many children have been stuck in their homes while bombings, sniper fire, or chaos ruled around them. Others have witnessed the death of family members,” says Aaron Moore, World Vision’s programs manager in northern Iraq.

Please pray for healing for children and families and for strength an dresources for humanitarians helping them.