Keeping Emotions within the Speed Limit 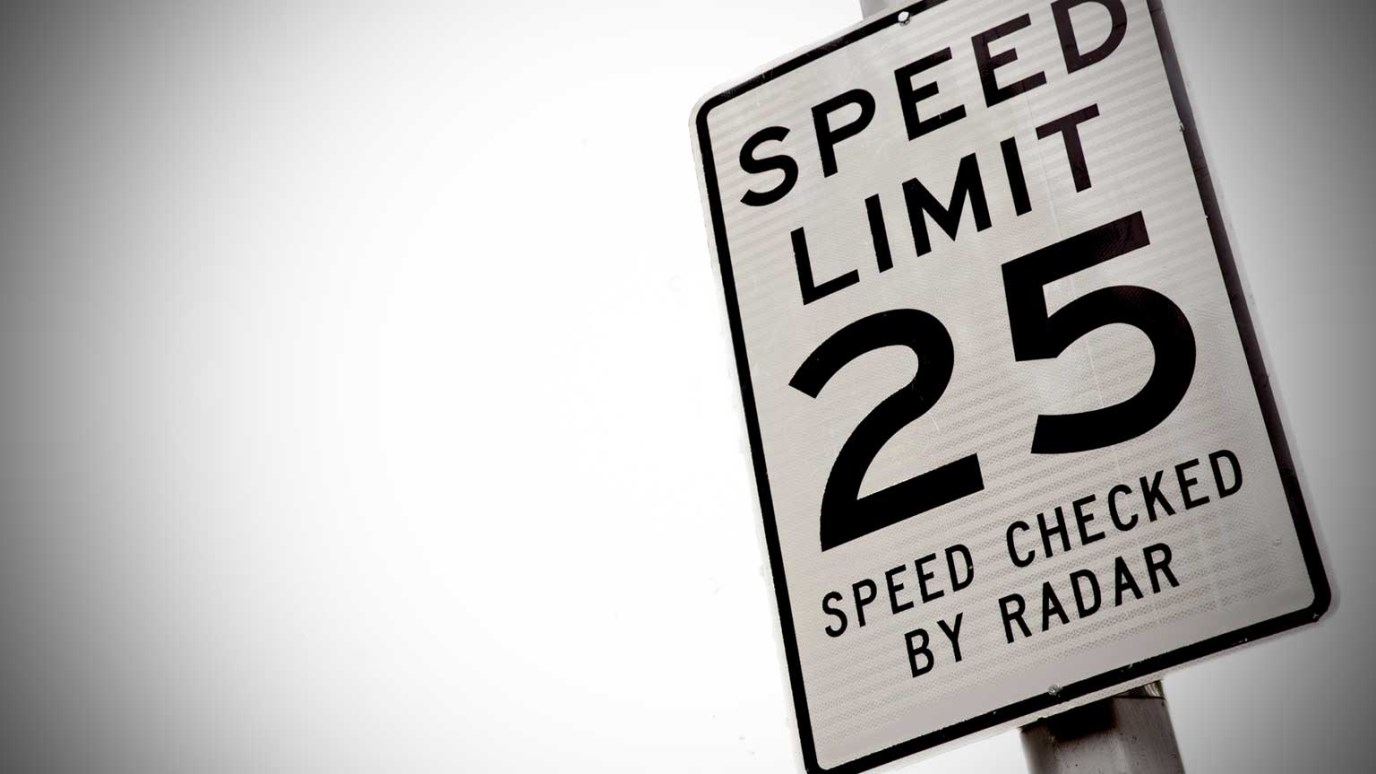 When we let our emotions run way over a reasonable speed limit within relationships, we do a lot of damage to our spouse and children.

I drive a Ford Edge. OK, OK you can stop laughing now. I like my car!

It can’t exceed 80 MPH. Let me restate that to be more accurate: It will not exceed 80 MPH. In actuality, my Edge could easily exceed 120 MPH under the right conditions. But it can’t; it has a governor on it.

To a generation that’s been discouraged from tinkering under the hood of their car by the sheer sophistication of the modern automobile, you maybe have no idea what I’m talking about. Your concept of a governor has been confined to someone running your state. I didn’t say my car has a governor in it; it has one on it. Should I ever see the governor of my state hitch-hiking, I’ll stop and pick him up. Then I’d actually have a governor both on and in my car. Until then, back to the discussion of the one “on” my car.

The kind of governor I’m referring to is a device installed on the throttle of a car that limits how fast it can go. The folks at Ford know that the top speed on most freeways is 75 MPH. They know that most of the Police patrolling those highways will cut you some slack if you’re not more than 5 MPH over the posted limit. They also know that the faster you’re going when things go wrong, the worse the outcome for everyone concerned.

Thus, the governor on my car.

I can have it removed, but I choose not to.

I don’t take the governor off of the throttle of my car because I’ve seen enough of what happens when cars go out of control at high speeds.

Which illogically brings me to the issue of emotions, God love ‘em. We’re all assigned a set of them, but some people are clearly assigned a more sophisticated set of emotions than others. There are folks whose feelings can go from zero to euphoria in under six seconds. These same people can accelerate to rage, utter fear, or toxic gloom in less time than that. Some would say it’s a gift. And in certain circumstances it actually is—just like those occasional circumstances when it’s good to have a car that can go over 120 MPH.

But emotions seldom ride alone. They generally play out in close proximity to someone else—someone who usually has some kind of heart-connection to us. Unfortunately, they’re often forced to pay a huge price during those times when we drive way over the posted emotional speed limit.

If you’re the passenger in a car where the driver has suddenly accelerated to a frighteningly dangerous speed, you’re completely at their mercy. You may ask, plead, or beg them to slow down, but if they refuse, there’s little you can do but hold on and pray like mad for the best. To try to physically make them stop is to invite disaster. And when they do lose control of the vehicle, it’s not uncommon for the helpless passenger to pay the biggest price when it comes to the extent of the injuries.

It’s fairly obvious where I’m going with this. When we let our emotions run way over a reasonable speed limit within relationships, we do a lot of damage to our spouse and children. Excessive emotions are dangerous falsehoods.  They consistently tell us that things are better than they are or worse than they are. They make us angrier than what is called for, more afraid than what a threat dictates, and gloomier than what the facts say things actually are. When our over-the-top emotions are in reaction to the passenger(s) in our life at the moment, they can come off as caustic, overly critical, dehumanizing, mean-spirited, and downright nasty.

They can leave that child or spouse nursing some serious wounds for years—maybe even a lifetime—after our episode. Wounds received from someone else’s runaway emotions have a way of etching awful messages on to the hearts of these people closest to us.

If you happen to be one of those people whose emotions consistently struggle with a need for speed, God’s grace puts the responsibility on you to install a governor on your feelings. What would that look like?

Of course all of these are seen as nonsense if we’re living our lives in self-absorption. But when we’ve allowed the grace that God saved us with to become the grace that leads the way in our relationships, the one thing we should want to do is steward our emotions well.

That’s why most of us would do ourselves and everyone close to us a favor if we’d install a governor on our emotions, and keep it there.

You might want to get one on your car too. If not, at least honk and wave at me the next time you pass me in my Ford Edge.

Have You Ever Had the Wrong Thing in Mind?
Kevin Gerald