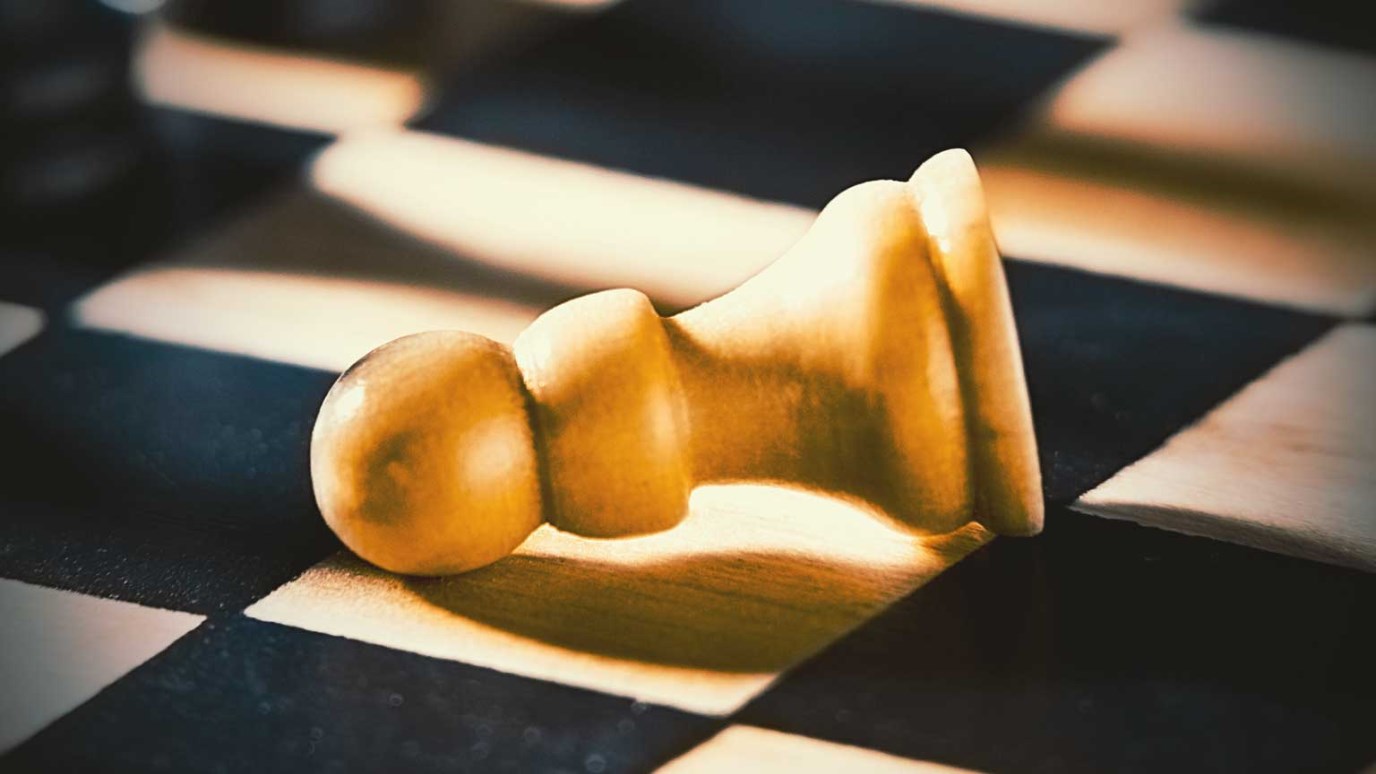 What a privilege it is to be a pawn for Jesus!

Robert James “Bobby” Fischer (1943 – 2008) was an American chess player and the 11th World Chess Champion. He learned to play the game of chess with his sister at 6 years of age, and began winning championships by his early teens. At 13 he won a “brilliancy” that became known as the game of the century. Today he is widely considered a chess legend.

Have you ever played chess? Are you a good chess player? I’m average at best and I don’t play often. My 19-year-old son will easily win when we play. He’s a smart young man, but then again most people get to declare proudly, “Checkmate” when they play me.  If you know much about chess, you know that the chess pieces have different amounts of “power” or relative value on the chessboard. The Queen is all-powerful and in a common ranking system is rated a 9. The Rook is rated a 5. The Bishop and Knight a 3, and the Pawn is a 1. The value of the King, though of infinite importance, is undefined as it can’t be captured, let alone traded during the course of a game. When the King is taken the game is over.

I overheard a pastor saying, “I’m just a pawn for God.” At first I thought he was just being funny, but as I listened, it was clear that he was serious. That got me thinking. As pastors and church leaders, maybe we are all just pawns for God. I mean this is a positive and glorious manner of thinking. What a privilege to be a pawn for God! He is the King and we are the foot soldiers. We are expendable even though He never treats us that way.

In your church you may be dressed as the King or Queen and carry great authority. Maybe you’re more a Bishop or a Knight, but in the light of eternity, in the ultimate big picture, aren’t we all “just pawns” in the Kingdom’s battle? This metaphor may be a little too weird for you, but I write enough safe and practical stuff that you can hang with me a little longer. Isn’t it when we begin to actually believe we really are the King or Queen of our churches that we get in trouble? When a leader gets a little too big for his own chessboard that’s when he gets taken down.

I’ve been thinking about this and it seems like the metaphor of a pawn for God is not so strange. Keep in mind this is not a theological statement. It’s a metaphor for servant leadership. With that as a framework let me offer three images of a pawn that are useful for you and I as a leader in the church.

Servant Leader – A Pawn for God:

Humility is the first mark of a servant leader. A pawn doesn’t look like much, doesn’t assume, and never puts on airs. Yet a pawn is uniquely designed for both offense and defense and provides options at key points in the battle. A pawn is often the piece that provides the strategic advantage to win the game, but never gets the credit.

I had a great conversation with a young student pastor. He told me that he’s viewed as the lowly “youth guy” and said that discouraged him. In fact it sometimes made him angry. I asked him why that bothered him and he said that no one took his role seriously. The more we talked it became apparent that what really bothered him was that no one took him seriously enough, and he wanted to be seen as more important. I coached him with the idea that it is better for him to see his role as important and to lead that ministry well, rather than focus on how people view him.

The truth is that doing a great job is more important than how people view you, and if you do a great job, people will eventually view you differently. The order is important. It’s extremely difficult to lead well if you are focused on what people think of you, especially if you want to be seen as important.  Lead well, love others, carry out your responsibility well. Let those above you worry about your status.

A Pawn is the most humble of players on the chessboard, yet it’s the one that must go first into battle, and often alone. That first move is always a courageous move. It’s also the only piece that can’t move backwards. It can’t retreat! Courageous again! In chess, it seems like the pawn has no say. When playing the game it feels like the Queen, Knights, Rooks and Bishops have options, but the Pawns just obey. Perhaps I’m stretching the metaphor to far, but you can see where I’m headed.

It takes courage to serve well. It takes courage to lead with integrity. It takes strong character to follow those above you and do what needs to be done. It’s hard work, but the Kingdom will not press forward and take territory without untold numbers of nameless leaders taking care of business. Frankly, it’s easy to complain and take shots at those who have more power and authority than you do. It takes courageous spirit to risk your future and trust God to look after your welfare, reputation and “advancement.” You may not always understand the moves those above you make, or ask you to make, but serve well anyway.

There have been a few times over the years when I thought about my role and position on the chessboard. I can tell you that any time I was concerned that I didn’t carry the rank or role that I thought I should, it never served as a productive way of thinking. When I was courageous enough to simply “do my job” with a great attitude, life and leadership amazingly began to look brighter and actually became brighter.

A leader who knows who they are, and is comfortable with that, is infinitely more “powerful” than one who is insecure.  No one wants to follow an insecure leader. Insecure leaders are easy to spot because they consistently invest time, effort and energy into things that position and protect.  These things are not productive for any leader.  An insecure leader can be defensive, territorial, and they are concerned about matters of image-management. A central focus for an insecure leader is to be seen as more important. The actual level of importance isn’t the point, just more important. You can quickly see the problem there.

It is my observation that there are leaders in the local church that attempt to promote themselves above their station. That never goes well. They don’t get the big picture. But the leader who is humble, courageous and secure, and will carry his or her responsibility well is often given more and rises in authority. When you relax as a leader, and are found trustworthy in the small things, you are often promoted and given more. When you are willing to serve as a Pawn, you are more likely to be offered a position as a Knight. If you try to assume a Bishop’s role when it hasn’t been given to you, you may well be removed from the game.

When I think about all this, being a Pawn for Jesus is a high honor and privilege.