Jonathan and David: A Biblical Model for Authentic Relationships 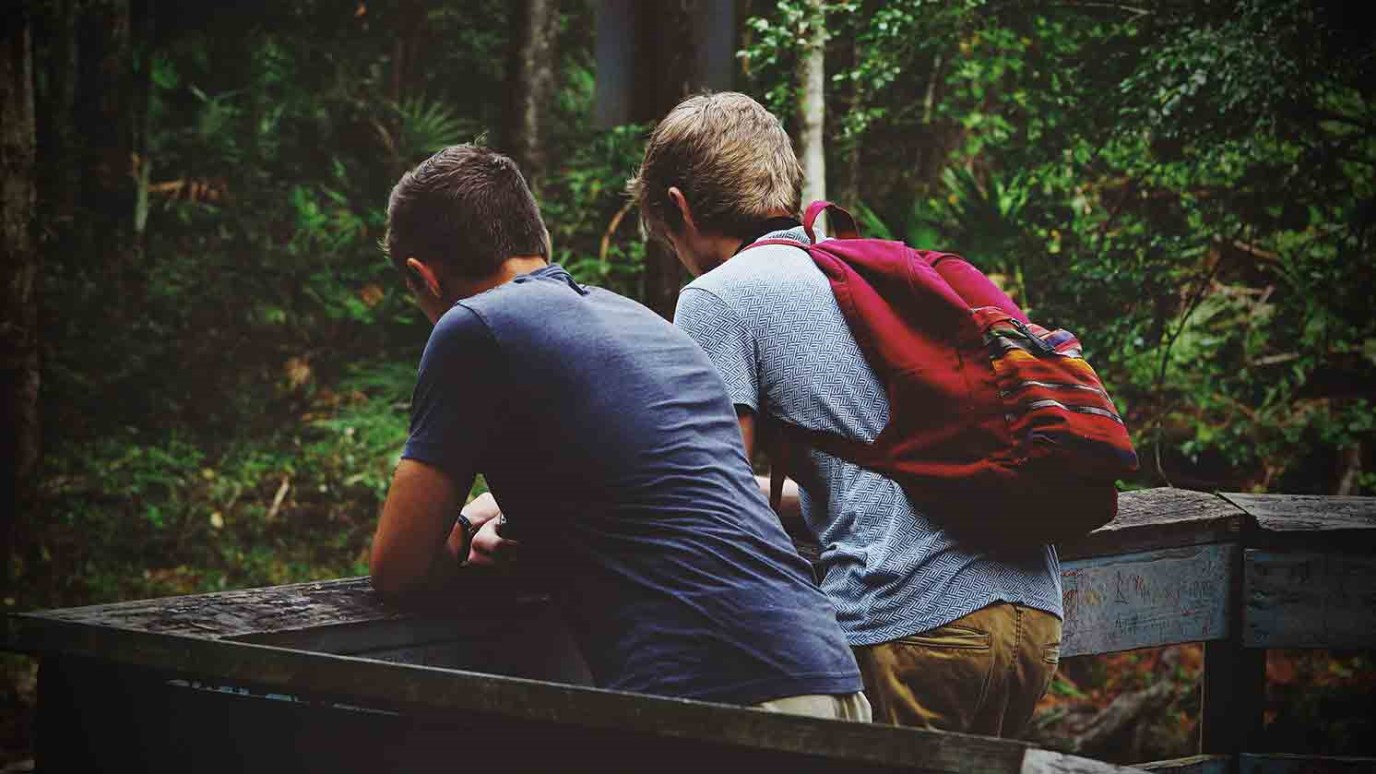 True friends will speak the hard and uncomfortable truth when you need to hear it the most. If you long for authentic community, you need at least one friend who will be honest with you when no one else will.

Ever feel like you’re going through life with people all around you laughing and connecting while you're in an invisible bubble?

In Robert Putman’s book Bowling Alone, he calls loneliness the new American epidemic. Never in the history of the world have people been able to communicate so much and be connected so little.

We can communicate instantly by talking on our cell phones or logging on to Twitter, Snapchat, Instagram, Skype, and Facebook. Yet, we’re so relationally disconnected with one another! Rarely do we go beyond the superficial in our relationships.

Statistics show that less than 10 percent of all the men in America have a true “best friend” relationship with another man. And I’m not just talking about guys getting together to play sports or have a beer once a month. I mean real, deep, authentic relationships where you’re really known.

So, how do we have this kind of relationship?

If there were ever a relationship that shows what a godly, authentic relationship should look like, it would be Jonathan and David’s in the story of 1 Samuel 18-20.

Their relationship models four essential principles to forming authentic relationships that we can apply to our own lives today:

When Jonathan and David met, they had little in common. David was a poor shepherd and Jonathan was a prince, next in line to be the King of Israel. Yet, in spite of their differences, they became fast friends. They didn’t allow their differences to mask their real selves.

Sometimes we may miss the opportunity to connect with someone because we aren’t from the same social status or we don’t have the same color of skin. We need to be aware that God might bring us the very best friend we’ve ever had in someone who is very different.

And Jonathan made a covenant with David because he loved him as himself.Jonathan took off the robe he was wearing and gave it to David, along with his tunic, and even his sword, his bow and his belt.

Jonathan took the initiative to be David’s special friend. Since he had the power and position, he made a vow and verbalized that he wanted to be David’s friend. Then he sealed the deal by giving David his clothes and even his sword, demonstrating with his actions that he had set aside his power and prestige so that he would be on even terms with David.

Similarly, rarely do we “drift” into authentic community. Deep friendships don’t “just happen.” God often orchestrates our friendships and the chemistry we have with others, but we have to be intentional about pursuing the relationship. To have a friend, you must also bea friend.

Do you have a 2 a.m. friend? This is the kind of friend that will be there for you no matter the situation – even a crisis in the middle of the night.

Jonathan and David definitely had this kind of friendship. When Jonathan’s father Saul tried to assassinate David, Jonathan found his friend, who was in the midst of his darkest hours, and said, “Tell me what I can do to help you.”

At this point in the story, David was literally running for his life. So he frantically turned to his friend for help. He pleaded with Jonathan not to betray him to his dad.

“Never!” Jonathan said. “If I had the least inkling that my father was determined to harm you, wouldn’t I tell you?”

Jonathan loved David enough to deliver him the difficult news. When Jonathan found out that his dad did indeed intend to kill David, he told him.

True friends will speak the hard and uncomfortable truth when we need to hear it the most.

If you long for authentic community, you need at least one friend who will be honest with you when no one else will. This type of friend should have the freedom to speak into all of the significant areas of your life such as your spiritual life, your use of finances, and your relationship with your spouse and kids.