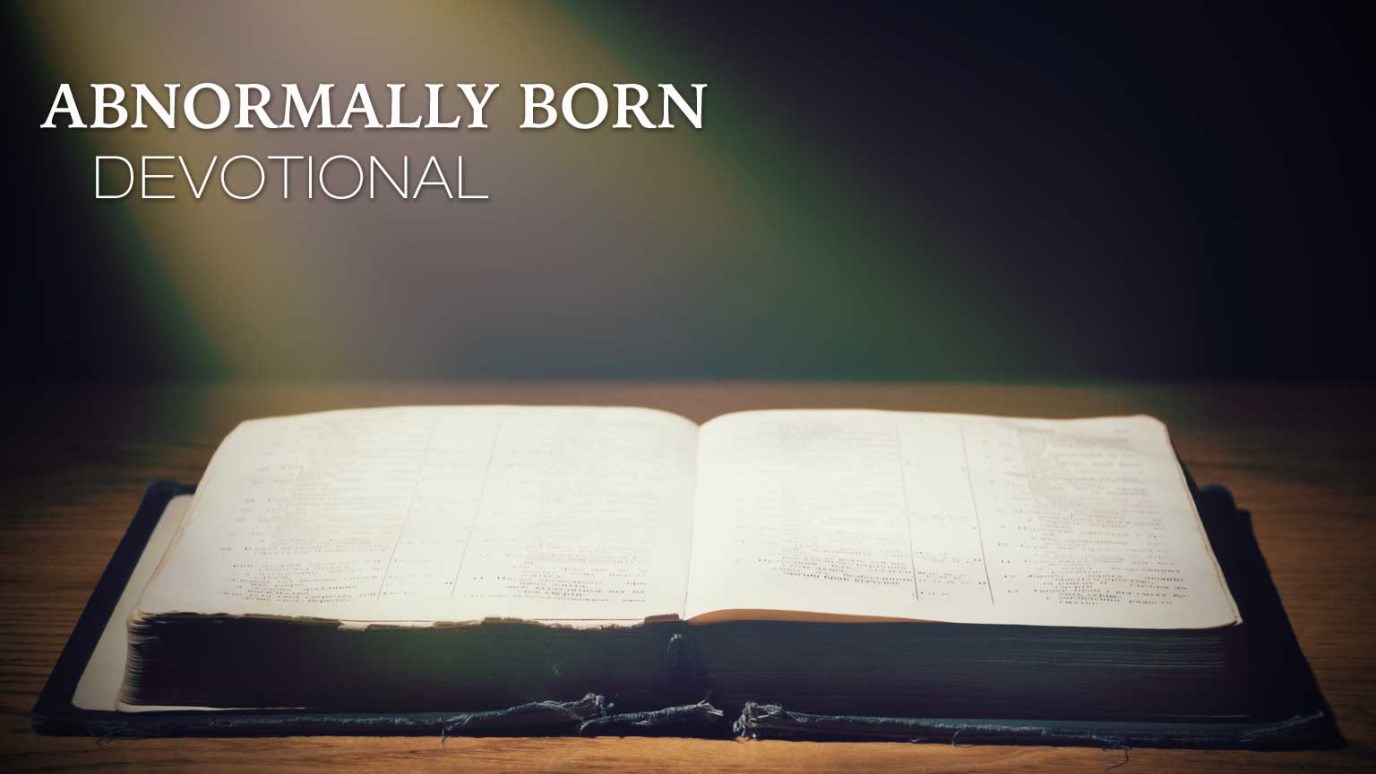 From an unusual beginning, a great and irreplaceable mission was accomplished. Read about John the Baptist's unusual origin in today's message from Chris Hansen.

When I was a kid, and I don’t know exactly when that ended, I used to think that Baptist was John’s last name. You know, John the Baptist. It’s kind of like the guy in the song who I thought was so mean: Ocome. Why wouldn’t Ocome let us adore Him?

John the Baptist had an unusual life, which was preceded by an unusual beginning.

“In the time of Herod king of Judea there was a priest named Zechariah, who belonged to the priestly division of Abijah; his wife Elizabeth was also a descendant of Aaron. Both of them were upright in the sight of God, observing all the Lord's commandments and regulations blamelessly. But they had no children, because Elizabeth was barren; and they were both well along in years. (Luke 1:5-7)

Here’s a cause and effect thing that I struggle with God. We’ve got Zechariah, a priest, and his wife Elizabeth who was a descendant of Moses’ brother.  They’re both doing good things and God likes them. So here’s this great resume before God, and what is the result? Elizabeth was barren. It doesn’t seem fair does it? Why would Elizabeth be barren? Why would Jim lose his job? Why would dad have cancer? Why would Jesus die for me?

These things don’t seem fair to me, but I once heard a preacher say, “God isn’t fair, He’s just right.” I like that.

So Zechariah was old and his wife was barren but he went on doing his priestly thing, “Then an angel of the Lord appeared to him, standing at the right side of the altar of incense. When Zechariah saw him, he was startled and was gripped with fear. But the angel said to him: "Do not be afraid, Zechariah; your prayer has been heard. Your wife Elizabeth will bear you a son, and you are to give him the name John. He will be a joy and delight to you, and many will rejoice because of his birth, for he will be great in the sight of the Lord. He is never to take wine or other fermented drink, and he will be filled with the Holy Spirit even from birth. Many of the people of Israel will he bring back to the Lord their God. And he will go on before the Lord, in the spirit and power of Elijah, to turn the hearts of the fathers to their children and the disobedient to the wisdom of the righteous—to make ready a people prepared for the Lord." (Luke 1:11-17)

Angels do that a lot.  They come down from heaven all shiny at powerful and scare people and what do they always say? Don’t be afraid. Maybe people wouldn’t be afraid if they didn’t come down from heave all shiny and powerful and everything. Anyway, this angel gives Zechariah news that every father wants to hear, that he’s going to have a son, this son is going to be a joy and a delight to you, he will be great in the sight of the Lord, and he will never drink.  Sounds perfect, the angel even told him the name they were to give him so he wouldn’t have to argue with Elizabeth about not naming him Elkanah or Tohu or something. The angel didn’t mention the fact that John T.B. would eat bugs and live in the desert when he was older, but he would deal with that later.

Zechariah asked the angel, "How can I be sure of this? I am an old man and my wife is well along in years." (verse 18) I think this is a perfectly normal question, but remember, God doesn’t always do normal.

The angel answered, "I am Gabriel. I stand in the presence of God, and I have been sent to speak to you and to tell you this good news. And now you will be silent and not able to speak until the day this happens, because you did not believe my words, which will come true at their proper time." (verses 19-20) And angels wonder why people are afraid when they show up?

Meanwhile, the people were waiting for Zechariah and wondering why he stayed so long in the temple. (verse 21) Talk about embarrassing…

When he came out, he could not speak to them. They realized he had seen a vision in the temple, for he kept making signs to them but remained unable to speak. (verse 22) I sometimes think this might have been the best thing for Zechariah at this point. He couldn’t talk so he couldn’t try and explain what just happened to him, or the things that were about to happen. I think that God was gracious in giving him this time of silence so he wouldn’t have to speak.

Before my dad died from cancer he fought an eighteen month battle. This time was really hard but I am thankful that God blessed us with that time. It was time we could use to say what we needed to say, feel what we needed to feel, and be closer as a family. For many of these months though, due to the disease and the treatment, my dad was unable to speak.

I think about the things I said to him during this time, many good things about how I loved him and was proud of him, but there were also many things I said just to fill the space, the silence of one person not speaking. These words were unnecessary and pointless, but I don’t think he minded too much. But now, reading this sentence of silence imposed on Zechariah, I wonder what my dad wanted to say.  I wonder what my dad heard that he had never listened for before. I wonder if the voices of his wife and children and grandchildren and friends sounded even more special; like watching a great runner would be for someone who was unable to walk. I wonder with all the time he had to listen, what God said to him.

When his time of service was completed, he returned home. After this his wife Elizabeth became pregnant and for five months remained in seclusion. (verses 23-24)

So Zechariah and Elizabeth had John. From his unusual beginning, a great and irreplaceable mission was accomplished. ‘’There came a man who was sent from God; his name was John. He came as a witness to testify concerning that light, so that through him all men might believe.” (John 1:6-7)

A Reading of John 11
Marquis Laughlin

Knowing God's Will Is Not Enough
Andrew Wommack

The God Who Rescues Us
Dr. Charles Stanley
Follow Us
Grow Daily with Unlimited Content
Uninterrupted Ad-Free Experience
Watch a Christian or Family Movie Every Month for Free
Early and Exclusive Access to Christian Resources
Feel the Heart of Worship with Weekly Worship Radio
Become a Member
No Thanks