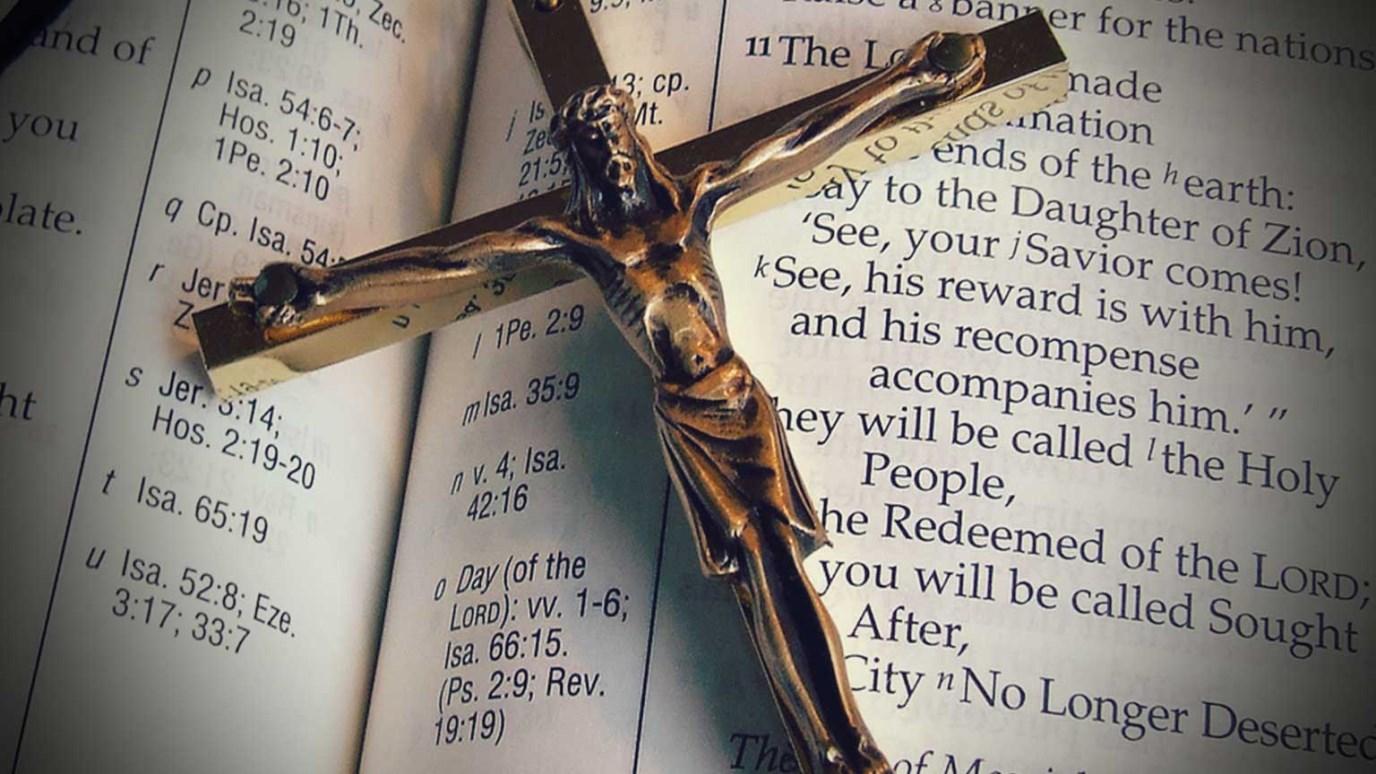 Jewelry store crosses may come on easy terms. The real ones never do.

One tends to think of the Christian life in terms of softness, of words such as love and grace and peace. Those words are real to be sure. Yet there are are other words in the walk of Christ - tough, rugged words - words that are hard to hear, hard to say, and harder still to live. This part of the vocabulary of The Faith is replete with angular words, sharp words with none of the corners rounded off or sanded down.

The cross is just such a word. Pain, horrific, and humiliating pain, and all the rest of the human nightmare of abandonment and betrayal are in that one word. I passed a jewelry store window in which were displayed some of the most gorgeous, bejeweled crosses I've ever seen. In the midst of them was this sign:

Jewelry store crosses may well come on easy terms. The real ones never do. Theological crosses, the ones talked about in seminaries may sound as if they come on easy terms. In real life they never do. It is in human relationships that the cross is always the ugliest and most expensive. It is not in Good Friday devotionals, but in human relations where we encounter the real cross, the wretched, blood-soaked cross still unsoftened by the pastel colors of Easter decorations.

We know the catechism. We know about the depravity of man. Theoretically, that is, in our heads. Where the cross hurts, where its nails become real, more real than we were ever told they would be, is when the depravity of others touches our lives.

The soldiers who nailed Jesus to the cross were not actors in a passion play. They were very real human beings manifesting all that "theoretical" depravity. So were the religious leaders who plotted Jesus' arrest and betrayal, as was the mob which howled for his blood. The weak-kneed, morally compromised and calloused civil servant who gave Jesus over to be crucified was not a prop in a movie. "Suffered under Pontius Pilate," is not just a line in the Apostles’ Creed. It was real life. A real man suffering real pain, unimaginably real pain, at the hands of, or at least at the behest of, another real man. That is what the cross means. Suffering, sacrifice and pain in real life. In other words, the cross is not real until it's real.

I know I am called to a life of forgiveness, but I cannot forgive until there is something to forgive. Until my flesh screams, the cross is theory. Then, suddenly, it is altogether more real than I could ever have imagined it would be. It's not characters in a Bible story who make the cross real. Sinful spouses do. So do irritating in-laws and wretched neighbors. When the soldiers gambling for Christ's clothing at the foot of the cross morph into a real thugs with real guns, the cross causes real pain, not Sunday School pain. That kind of cross never comes on easy terms.