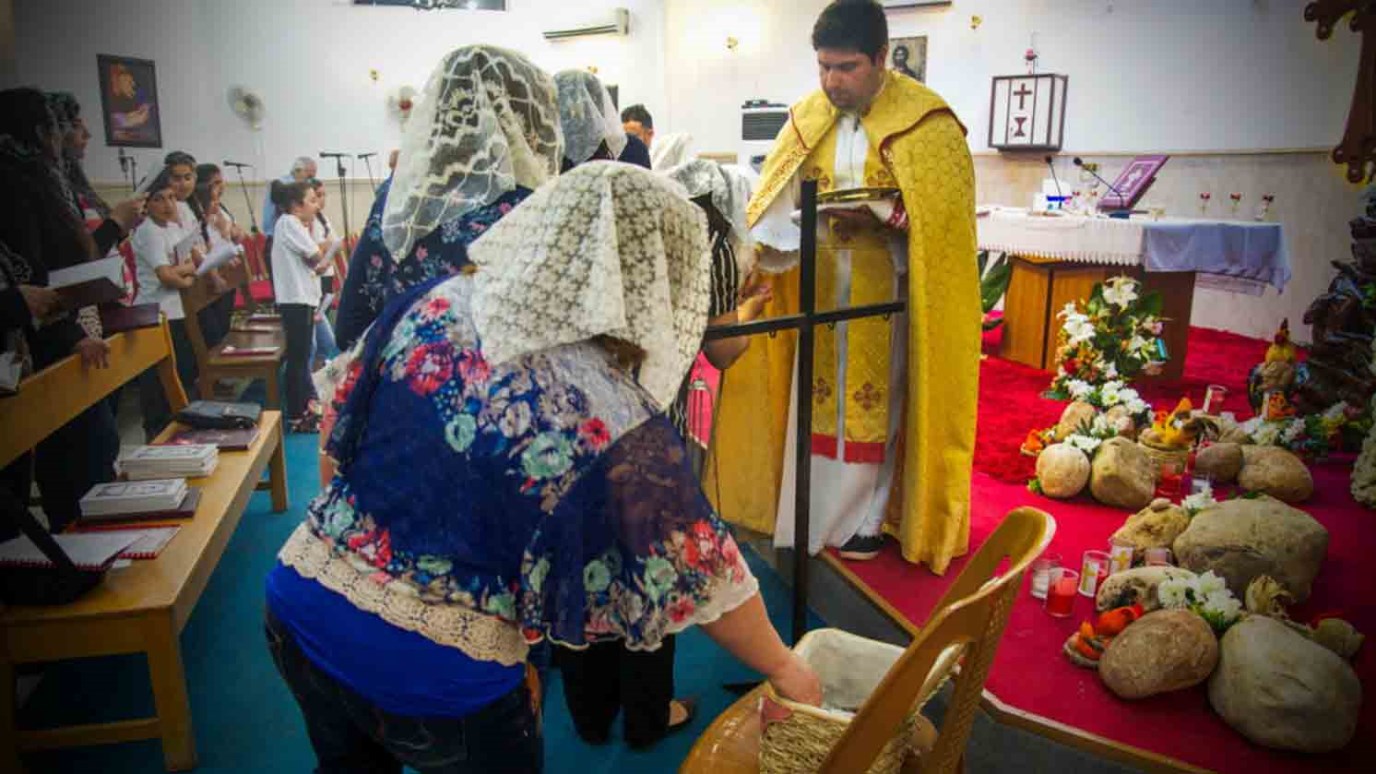 Like Jesus, the children of Iraq have no decent place to live.

Every time I look into the eyes of an Iraqi child from Mosul — a child displaced by war — I see the baby Jesus, says Father Daniel, a priest hosting hundreds of displaced Iraqi families at his church. These children and their families face the same challenges as Mary and Joseph did so long ago. The Christmas story of yesterday is the story of the displaced Christians of Iraq today.

Jesus was born in a time when Jerusalem was under Roman occupation. It wasn’t a peaceful time. For the displaced Iraqi Christians, the situation is the same — they are living in nonstop wars.

From the time of his birth, Jesus was a refugee. In the Christmas story the Christ child is displaced twice, the first time from his Father’s heavenly house and then again from his home in Nazareth. Jesus lived in the middle of danger, being rejected by an innkeeper and running for his life in a place of strangers.

Like Jesus, the children of Iraq have no decent place to live. It’s so hard when a child has been living in his own house, in his own room, with paintings on the wall, his own toys, with a good bed, and suddenly his life is changed upside down. Now instead of having his own room, he has no place to lay his head — just like Jesus.