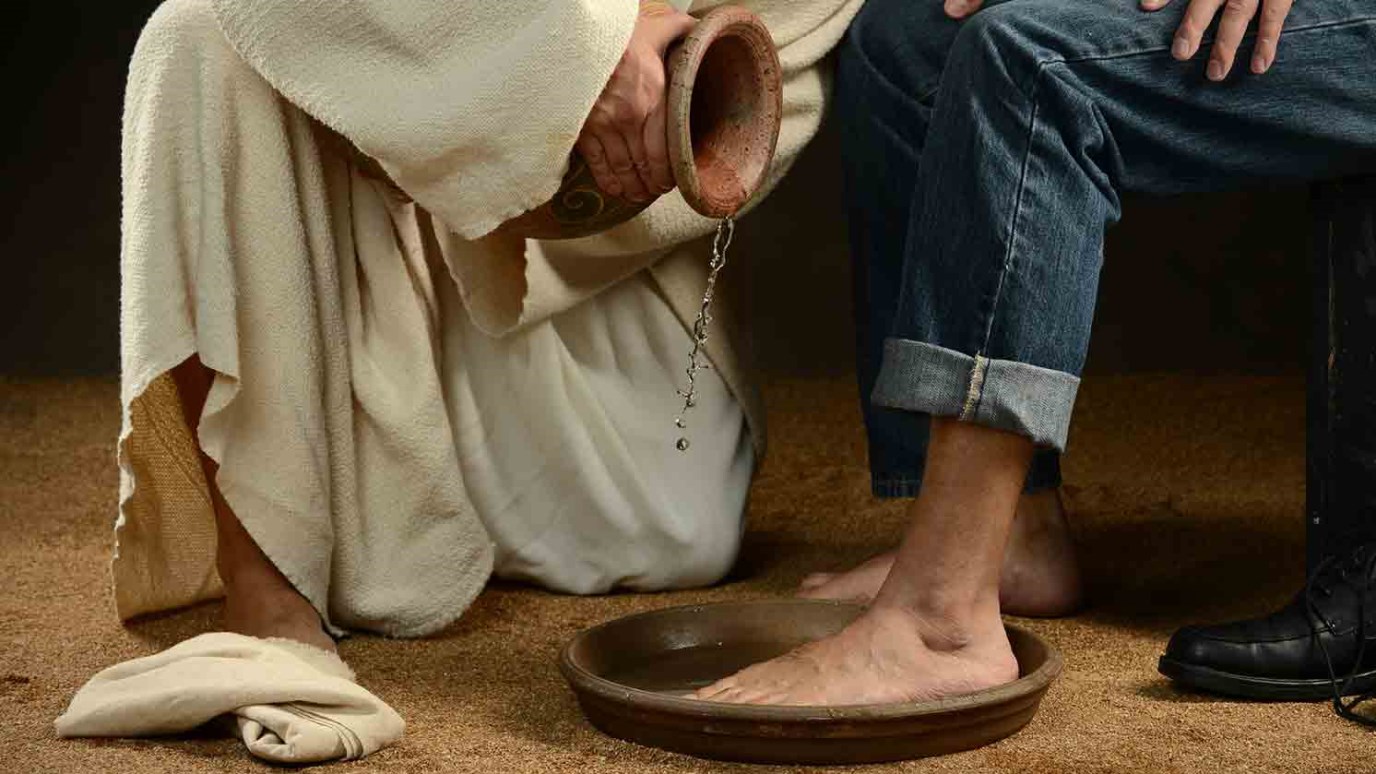 Jesus was really good at washing the feet of others. Are you?

William Carey, Rev. Billy Graham, Rev. Jesse Jackson, Dr. John Vernon Mc Gee, Dr. Martin Luther King, Jr, are several of the most influential Christian leaders of all time. Then there’s no question the most admired, respected, honored and remembered Christian leader through the ages was our Lord Jesus Christ. We should make it a practice to study His leadership style. Matthew 20:28 says, “… just as the Son of Man did not come to be served, but to serve and to give his life as a ransom for many.” He came to teach, lead and train. How did He do this? He served. Jesus' mandate is for us to make disciples, teaching them to obey everything that He taught.

Jesus was born to give His life. And from early beginnings, He stayed in step with His Father’s plans. I am motivated when I consider how He knew and accepted His calling, kept it as the central focus, even in the formative years. Remember early on in His life and three-day disappearance? His anxious and stressed out parents finally found him in the courtyard of the temple, listening and asking the synagogue teachers questions. Although Mary and Joseph were relieved, they became irritated and offended over His behavior. We find Jesus’ response in Luke 2:49, “Why were you searching for me? Didn’t you know I had to be in my Father’s house?”

Jesus was born to serve. He showed us how to serve those in His ‘inner circle,’ His twelve disciples. As He prepared Himself for the cross in the upper room at the last supper, surrounded by those He loved, He readied them for His death. John 13:1 says, “Having loved his own who were in the world, he now showed them the full extent of his love.”

What did He do to show His love? He served His men in a humble way, by washing the disciples’ feet – this was taking the place of a servant in its lowest form. Patheos.com says: At the Last Supper, Jesus would have been the “host” and the apostles the “guests.” Washing the feet of weary travelers would have been a job assigned to a gentile slave by the host. Not even a Jewish slave would be expected to do this lowly job as a servant. The host of a meal would never lower himself to performing this vile task himself. The travelers in ancient Palestine would have worn sandals; their feet would have been filthy from traveling on dirt roads.  “Christ Jesus, though he was in the form of God, did not count equality with God a thing to be grasped, but emptied himself, taking the form of a servant (Phil. 2:5-7)

What would you do if you thought your death was imminent, or like Jesus, die by execution? Jesus chose to lovingly serve. Is Jesus asking you to show your love to Him in a way you hadn’t planned? You say, wait a minute, that’s not the way I thought it would be. Yet God says, This is right where I want you. How might God be asking you to serve Him? That, my friend, is how you will show your love to Him, by your loving and committed obedience.

Jesus showed us how to serve; He wants us to be willing to serve Him in any way that glorifies God. John 13:4-5 says, “so he got up from the meal, took off his outer clothing, and wrapped a towel around his waist. After that, he poured water into a basin and began to wash his disciples’ feet, drying them with the towel that was wrapped around him.”  Are you willing to humble yourself and serve? Even serve those who are overlooked, needy or outcasts in our society?

To serve without needing any affirmation, feedback or kudos might be difficult for you. My friend Irma taught me how to do this. Irma has been part of my life through a prayer ministry for over fifteen years. Irma was retired and was available to do occasional office work, so in addition to the prayer ministry, I asked her to help with receptionist duties in our office. She was really good at tasks like answering phones, preparing mailings, and greeting customers.

There was a week we’d been especially busy as she and I had worked over forty hours. I knew I would be paid for my time so I offered the same to Irma. Her response was, “If you pay me, you will steal my blessing. I do not want to be paid. I am serving because I love God and want this work to be for Him.”  I learned a lot from this attitude of service. Irma understood that there were some things that should be done only for recognition by the Heavenly Father when He says, “Well done, good and faithful servant” (Matt. 25:21).

Following Jesus’ example, we must serve Him obediently and lovingly. “When he had finished washing their feet, he put on his clothes and returned to his place. ‘Do you understand what I have done for you?’ he asked them. ‘You call me Teacher and Lord and rightly so, for that is what I am. Now that I, your Lord and Teacher have washed your feet, you should also wash one another’s feet…Now that you know these things, you will be blessed if you do them (John 13:12-16)”.

Applying this to your personal situation, the way you might ‘wash feet’ will probably vary from the way I do it. Think about random and intentional acts of service, pray about what is in front of you right now. For some, it might be noticing something that needs to be done at home, at the office, in the community or in your own church. I am impressed by my friend, Dianne, who recently stepped up into a vacancy on our leadership team. She has helped in the role that was vacated, but has not yet been trained.

Dianne understood something that some people never get. She became aware of the timing of the vacancy and her desire to serve. She said yes. Her obedience and willingness are an inspiration to our team. Our group thanked her for her heart to serve. Dianne’s response, “I am honored to serve in even a small way, to encourage someone else as I’ve been encouraged.” Dianne gets it. Dianne is really good at ‘washing feet.” What about you?