Jesus Saves You from the Fear of Death 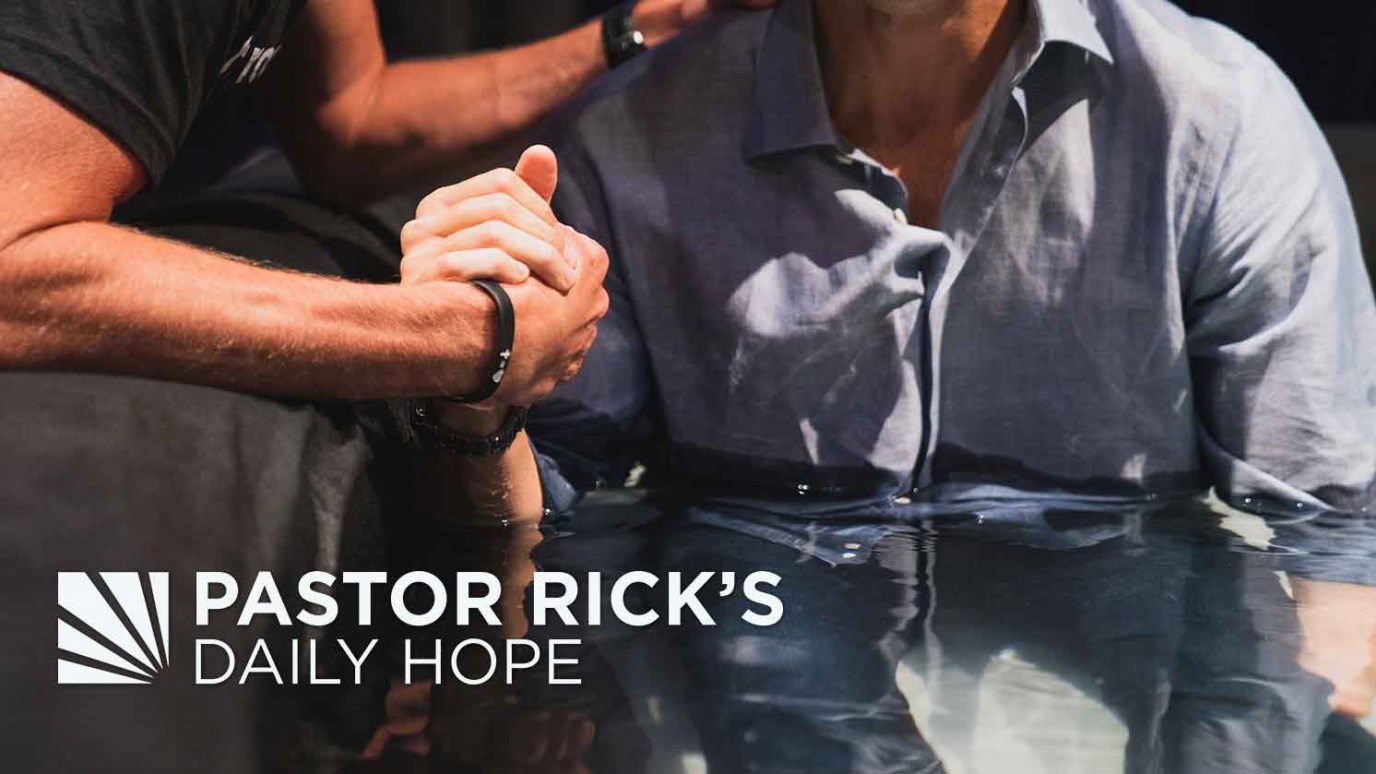 Baptism symbolizes your confidence that you have died to sin and have been raised to new life. You have no fear of death!

“The Son also became flesh and blood. For only as a human being could he die, and only by dying could he break the power of the devil, who had the power of death. Only in this way could he set free all who have lived their lives as slaves to the fear of dying.” (Hebrews 2:14-15, NLT)

Death is a universal fear. Nobody is exempt from it!

“The Son also became flesh and blood. For only as a human being could he die, and only by dying could he break the power of the devil, who had the power of death. Only in this way could he set free all who have lived their lives as slaves to the fear of dying” (Hebrews 2:14-15 NLT).

John 19:30 says, as Jesus died on the cross, he shouted, “Tetelestai!” It’s a Greek word, meaning, “It is finished,” and it was his battle cry. “Tetelestai” is the shout of a victorious conqueror who says, “I have defeated death. I have proven to you that you don’t have to be afraid of death—because I’m going to come back to life. I am the Resurrection, and you can be resurrected by believing in me. Death is not the end. You don’t have to fear it anymore!”

Because Jesus died on the cross in my place, I am not afraid. Death does not have power over me. I know death is just a transfer, and I know where I’m going when I die. It can be the same for you, too -- it should be the same for you when you trust Jesus as your Savior.

Romans 5:17 says, “For the sin of this one man, Adam, caused death to rule over many. But even greater is God's wonderful grace and his gift of righteousness, for all who receive it will live in triumph over sin and death through this one man, Jesus Christ” (NLT).

When you become a Christian, baptism symbolizes your confidence that you have died to sin and have been raised to new life. The way you live your life, too, shows people you are confident in being resurrected one day to be with Jesus forever.

You’ve been raised to live a new life, marked by a steady assurance of eternity. This is the best thing to ever happen to you! Now you can live your life helping other people have that same assurance. As you talk about death and life in Jesus, make sure you’re doing it in a way that makes other people want to trust Jesus as Savior too.

What aspects of death do you fear? How does today’s Daily Hope devotional help you with those fears?

Is it difficult for you to talk about death? Why or why not?

How does the way you talk about life and death point others to Jesus?

Are you certain of where you will go when you die?

Many people fear death -- partly because they don’t know where they’ll go when they die. But Jesus came to save you from that fear of death.

The Bible says that every one of us sins and that the penalty of sin is death. But God loves you so much that he sent his Son, Jesus, to pay the penalty of your sins, to bring you into the family of God, and to save you from the fear of death.

If you’re ready to enter God’s family, here’s a prayer you can start with:

“Dear God, I know when I die I’m going to give an account of my life to you directly. I confess I have ignored you. I know I have sinned against you, and I have lived by my plan, not yours. I want that to change, starting right now. I want to turn away from my sins and toward you.

“Thank you for sending Jesus to die for all I’ve done wrong so that I don’t have to pay the penalty. I know I don’t deserve your forgiveness. I know only your grace can save me, Lord.

“Jesus, thank you for loving me so much that you took all my guilt on yourself. You made me acceptable for heaven, and I humbly ask you to save me. I ask you to save me from my sins and from my fear of death. I believe in you, Jesus. And I believe that you will keep your promise to save me instantly, certainly, completely, and eternally. In Jesus’ name. Amen.”

If you prayed the prayer above, please write and tell me at Rick@PastorRick.com. I’d like to send you some materials as you begin your journey with Jesus.

Commit to Living by Your Values
Pastor Rick Warren

How to Be a Peacemaker, Part 2
Pastor Rick Warren

Regardless of Your Story, God Can Use Your Past for His Glory
Pastor Rick Warren