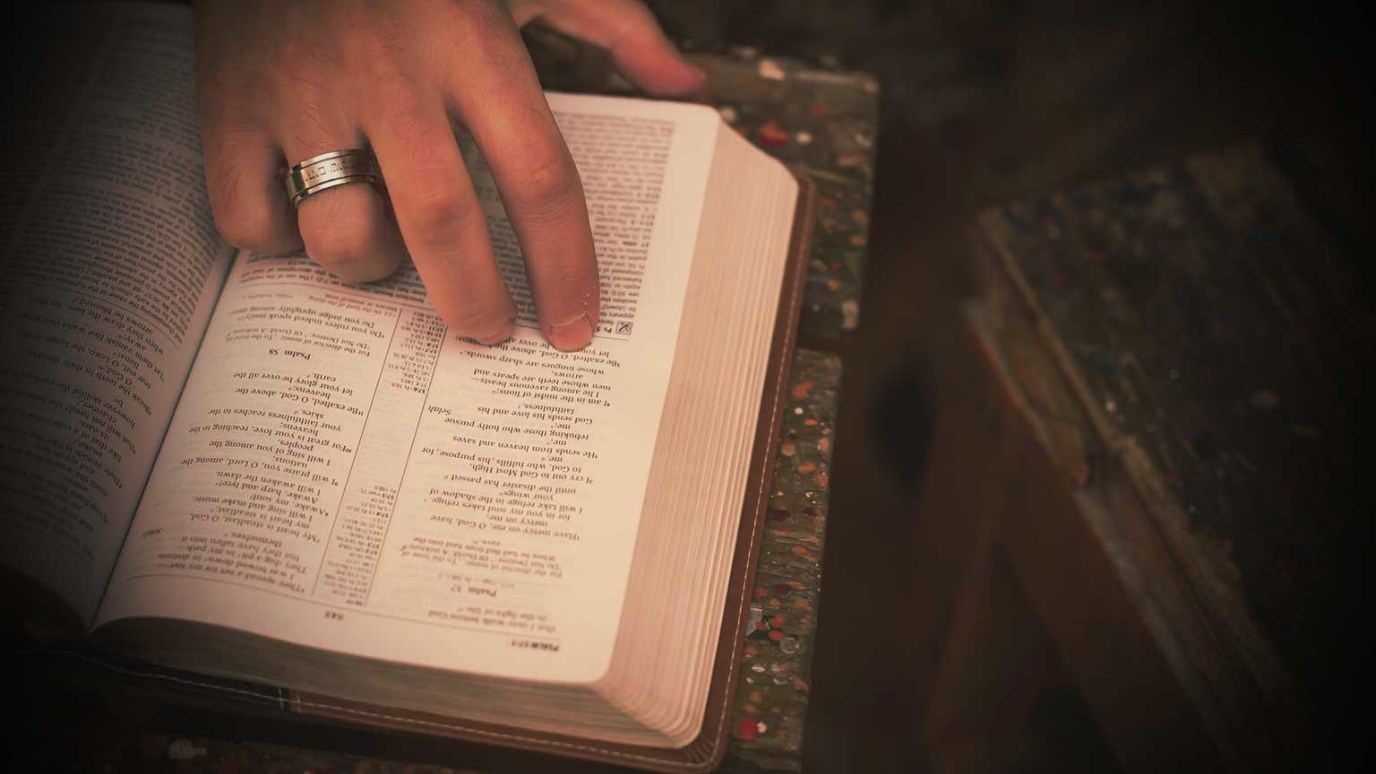 Though Peter and the other disciples protest that they would never deny Jesus, it does not change Christ's prediction. (Matt. 26:32–35).

In Matthew 26, Jesus and His disciples have finished the Passover meal, and today’s passage opens with their singing of a hymn (v. 30), most likely the second part of the hallel (Pss. 114–118 or Pss. 115–118). Interestingly, one scholar says the disciples probably looked back on their singing with new insight after the resurrection. After all, Christ triumphs in His death and resurrection (Pss. 118:10, 22), establishing a foundation for proclaiming the praise of Yahweh to the nations (117:1).

These hopeful psalms give some light to what is an increasingly dark night for Jesus and the Twelve. The disciples, our Savior says, will soon abandon Him, just as sheep run when their shepherd is struck down (Matt. 26:31). Once again Jesus reveals that He is fully aware of all that is to happen and, therefore, because He does not try to escape, willingly submits to the evil that men are soon to inflict on Him. Furthermore, striking Christ will fulfill the prophecy of Zechariah 13:7. Since the Lord’s sword is what strikes in Zechariah 13, Jesus must mean that His death, though carried out by wicked men, is due ultimately to the “definite plan and foreknowledge of God” (Acts 2:22–23). In a real sense the Father strikes His Son down on the cross, but that does not excuse the sin of the authorities, nor does it make God an evildoer. As the church father Jerome writes, “The good shepherd is struck…that he may lay down his life for his sheep and that out of many flocks of wandering sheep there may be one flock and one shepherd” (Commentary on Matthew, 4.26.31). God has a good and noble intent in the death of His Son, but the human executioners seek only destruction.

Peter and the others protest that they would never deny Jesus, but this does not change His prediction (Matt. 26:32–35). Still, there is hope for these men because Christ’s going before them into Galilee looks forward to their repentance and restoration (v. 32). Regenerate people can sin grossly, but evil is not the last word for those who truly belong to Jesus. John Calvin comments, “God does not cease to recognize as his sheep those who are driven out and scattered in every direction for a time…at length [they will] be brought back to the fold.”

In the second volume of his commentary on Matthew, James Boice says that today’s passage is encouraging because it affirms that Christianity is for weak people (p. 563). Zechariah 13 says that though believers may sinfully abandon their master, He will not abandon them and will present them as a holy people to His Father. If you have sinned this day, it is not too late to seek God’s favor. Repent and return to Him and in so doing prove that you are one of His sheep.

His Presence Made Known
Ashley and Jane Evans

The People of the Gospel
Today