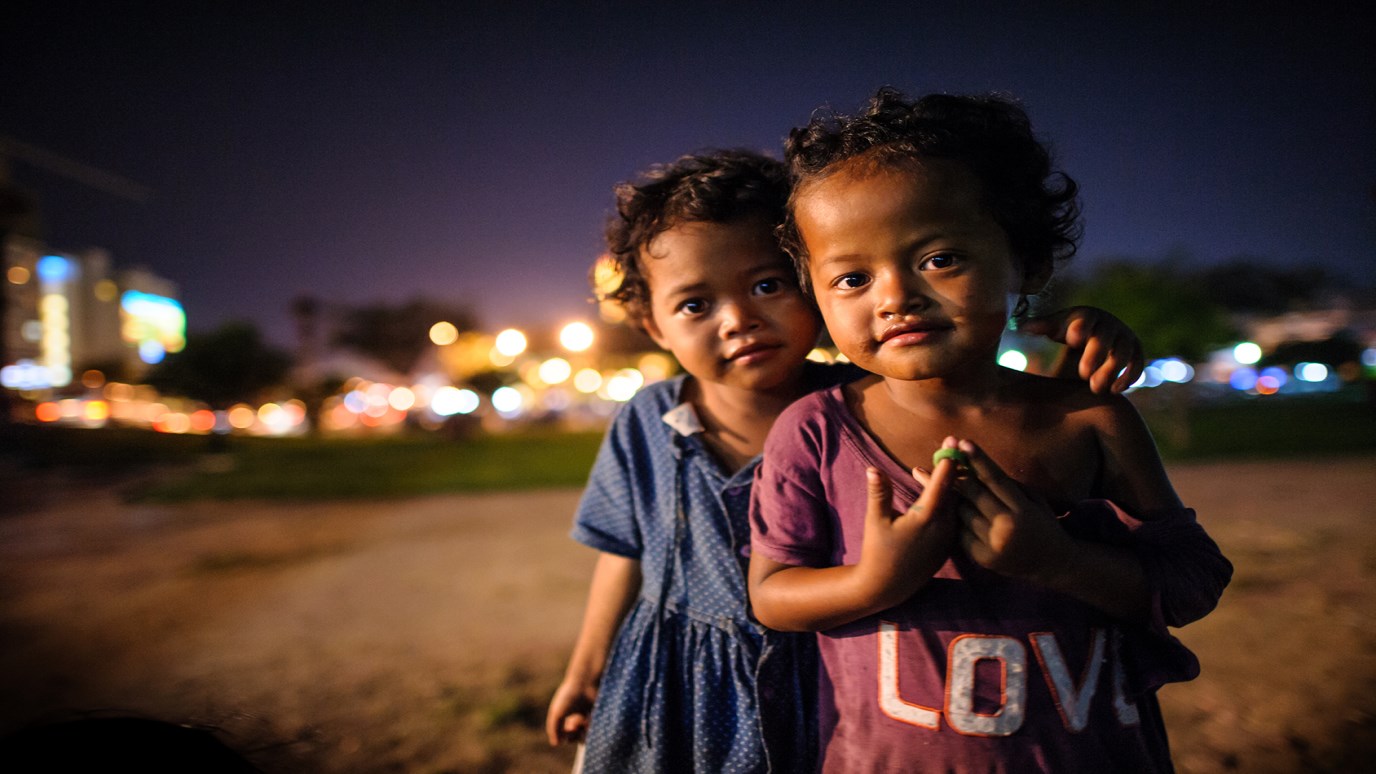 Nothing is too hard for God.

Image: Sisters Sreychea, four, and Srey Poeu, three, beg all day and sleep all night on the streets of Phnom Penh, Cambodia.

Ah, Sovereign LORD, you have made the heavens and the earth by your great power and outstretched arm. Nothing is too hard for you (Jeremiah 32:17).

I like how the Bible doesn’t sugarcoat the facts. God’s Word clearly shows that times of serious doubt often follow fast on the heels of great acts of faith. Think of Elijah who, after defeating the prophets of Baal, fled in fear from Queen Jezebel; or Peter who, after stepping out of the boat, began to sink beneath the waves. Then there was Jeremiah who, after obeying God’s command to purchase a piece of land behind enemy lines, started to question God.

It all began when God alerted the imprisoned Jeremiah that his cousin was coming to persuade him to buy the property on which the Babylonian army was encamped. Convinced that this was God’s will, Jeremiah readily agreed to buy it. But then doubts began to creep in.

“Does this make sense, Lord? We’re in the middle of a war. Is this really a good time to invest in real estate?” Like Peter when the Lord beckoned him to walk on the water, Jeremiah began to look around, and he could not reconcile what he saw with what he knew.

We all go through times like that, times when our faith is shaken because of the circumstances around us:

Lord, I took this new job thinking it was what You wanted. Why isn’t it working out?

Lord, I was certain this was the man You wanted me to marry. Why does he want a divorce?

Lord, You said You love children. Why are so many of them suffering?

That’s how I felt as I stood in the midst of hundreds of little Chinese girls who’d been abandoned by their parents because they weren’t born male. From childhood, we are taught that Jesus loves the little children. But as I stood in a Chinese orphanage with so many discarded, thrown away children, I struggled to make sense of what I saw.

Then I remembered Jeremiah. From his perspective, Jeremiah couldn’t imagine what a real estate deal had to do with the redemption of Israel. But rather than despair, in his confusion he prayed, reminding himself of God’s nature and character: “Ah, Sovereign LORD, you have made the heavens and the earth by your great power and outstretched arm. Nothing is too hard for you” (Jeremiah 32:17).

Nothing. It is not too hard for God to rescue His people in the midst of war. And it’s not too hard for God to end the suffering of little children. It’s just that, perhaps, He’s chosen us to help. In the same way that God entrusted Jeremiah to carry His message to Israel, He’s also entrusted us to feed the hungry, clothe the naked, heal the sick, and care for the widows and orphans in their distress.

Not feeling up to the task? Having trouble reconciling what you see in your life with what you know to be true about God? Remember Jeremiah. That’s right; nothing is too hard for the Lord.