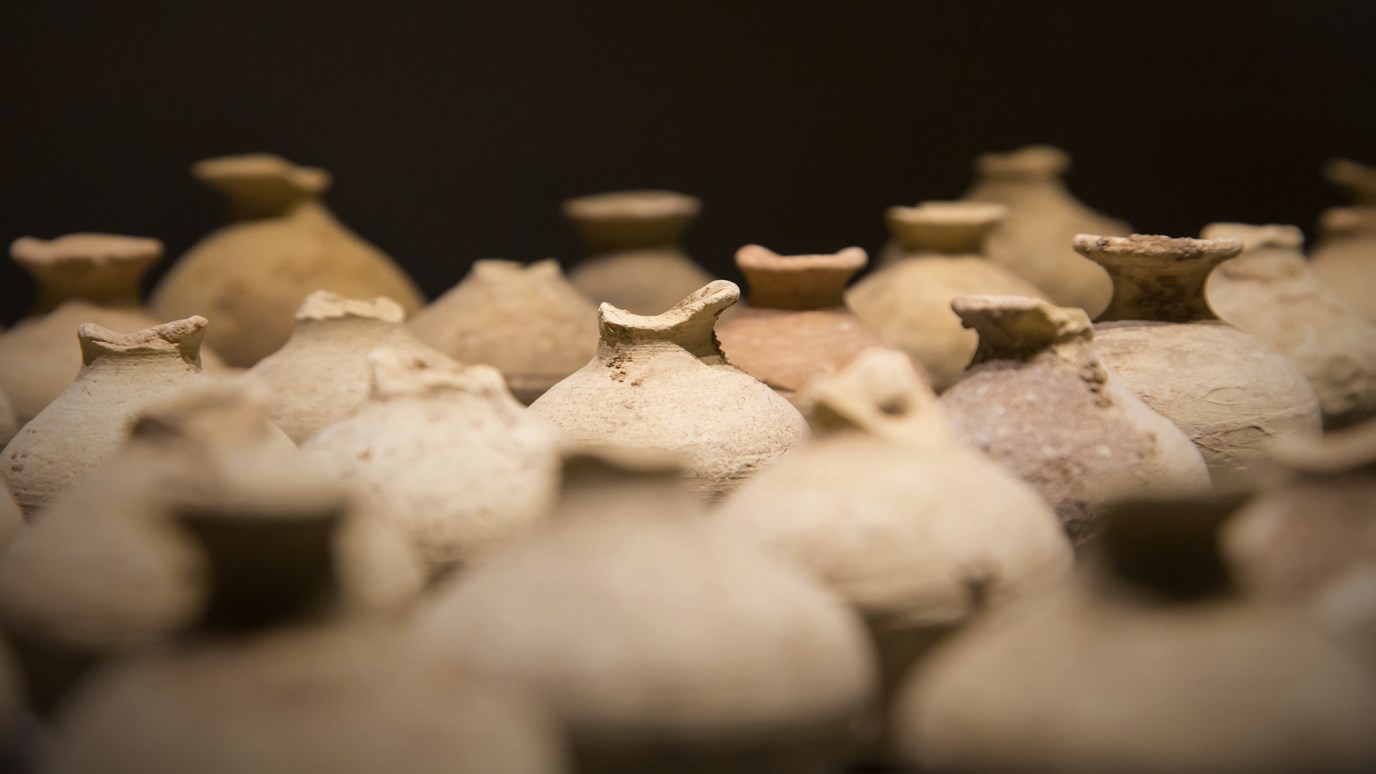 The biblical writers speak of God loving humanity so much that human flesh became a temple. God became one of us—filling jars of clay with immeasurable treasure.

In conversations with people considering the Christian faith, I am often asked why I believe. Sometimes, a litany of offenses associated with Christianity is rehearsed for me as evidence against believing: all the bloodshed and religious wars, the Inquisition, anti-Semitism, etc. I actually don’t mind these kinds of critiques or questions about the heritage of Christendom. They are very important, and it would be foolish of me to pretend that the record of Christianity in the world was spotless. Much has been done in the name of God by those who claim to be Christians, for which there should be collective shame.

But sometimes even the acknowledgement of wrongs done isn’t enough to satisfy my skeptical friends. Their scrutiny then turns to the Bible. Who wrote it? Can we trust it? How can it be said to be God’s word? When it comes to the Bible, I also understand why these kinds of questions are raised. There are some fairly obscure passages, culturally specific events and contexts, and incidents that display the worst of humanity. In combination, these factors can make the work of translation in this contemporary time difficult at best even for the most astute scholars—let alone for those who are completely unfamiliar with it and reading it for the first time. Again, it would be foolish if those who studied the Bible pretended to understand everything within its narrative perfectly or completely.

One thing that is not difficult to see or understand, however, is the humanity on display throughout the biblical narrative. Even the most ‘heroic’ or ‘epic’ of biblical characters have significant flaws; and their weaknesses are as much on display as their strengths. For example, Moses, Israel’s great deliverer is long past his prime having been exiled from the abundance of royal life in Egypt. He is reduced to tending sheep in the barren wilderness. Not skilled in speech, and perhaps suffering from a speech impediment, he is the least likely candidate to be standing before the Pharaoh of Egypt to argue his case for the release of his people. If this were not enough, he also struggled with his temper—killing an Egyptian in his youth, and striking a rock in anger with such violence that he was not permitted to enter the Promised Land.

King David, the greatest king of Israel is the youngest of his family when he is anointed as king, an honor normally reserved for the first born. He committed murder and adultery, conducted a census against God’s specific prohibition—and yet he is the one described as a “man after God’s heart.” David likely penned most of Israel’s psalter—a psalter still used in both Jewish and Christian worship today. In this psalter, the record of human emotions, human experience, and human questioning is on display. These are songs of sacred worship even as they represent the full-spectrum of human experience and the deepest cries of the human heart.

There are also the twelve disciples; humble fishermen without much education who lived and learned from Jesus, himself. Despite their proximity to Jesus for three years, one would betray him, another would deny having even known him, and all of them would flee from him in his greatest hour of need. Despite having access to this great teacher, they often failed to understand what he was saying. Likewise, the apostle Paul, who penned most of the New Testament letters, was formerly a murderer of Christians and a legalist of legalists. Even though he is the first apostle of the church, he couldn’t prevent a disagreement over John Mark, between himself and Barnabus, from separating them and ending their ministry together.

Given all this, some want to overlook the humanity in the Bible. Perhaps it causes embarrassment or creates fear that these less than stellar lives are evidence against transformed lives. I don’t see it that way at all. In fact, time and again when I have struggled with doubts in my faith, I am reminded of all these human individuals used by God as witnesses to the greatness of God’s love and redemption. It is why I am able to proclaim the trustworthiness and faithfulness of the Biblical record, and indeed, the Christian faith. For, unlike any other sacred text, as lofty and as grand as their epics might be, or as poetic and beautiful as their texts read, they do not show the full portrait of humanity on display as the Bible does. What kind of God, indeed what kind of religion, takes fallen and broken human beings and includes them as key players in the plan of salvation? As the apostle Paul proclaimed as the foundation of his own ministry; “for God, who said, ‘Let light shine out of darkness made the light shine in our hearts to give us the light of the knowledge of the glory of God in the face of Christ. But we have this treasure in jars of clay to show that this all surpassing power is from God and not from us” (2 Cor. 4:6-7).

Skeptics and critics of Christianity might still have well-reasoned arguments and legitimate issues to raise with the faith (and with the faithful), but what cannot be denied is that the God on display in the Bible is not afraid or averse towards humanity, nor does that God shy away from making heroes out of those many would consider undesirable.

And if all of that weren’t enough, the biblical writers speak of God loving humanity so much that human flesh became a temple. God became one of us—filling jars of clay with immeasurable treasure. It is the uniqueness of the divine-human allegiance that keeps me believing. Even in the face of hard critique, it is the prevalence of humanity in the narrative of Scripture that keeps me believing in the truth and relevance of the God willing to come near.

What God Wants the World to Know
Dr. Michael Youssef

How Can I Believe in God and Pain?
RZIM