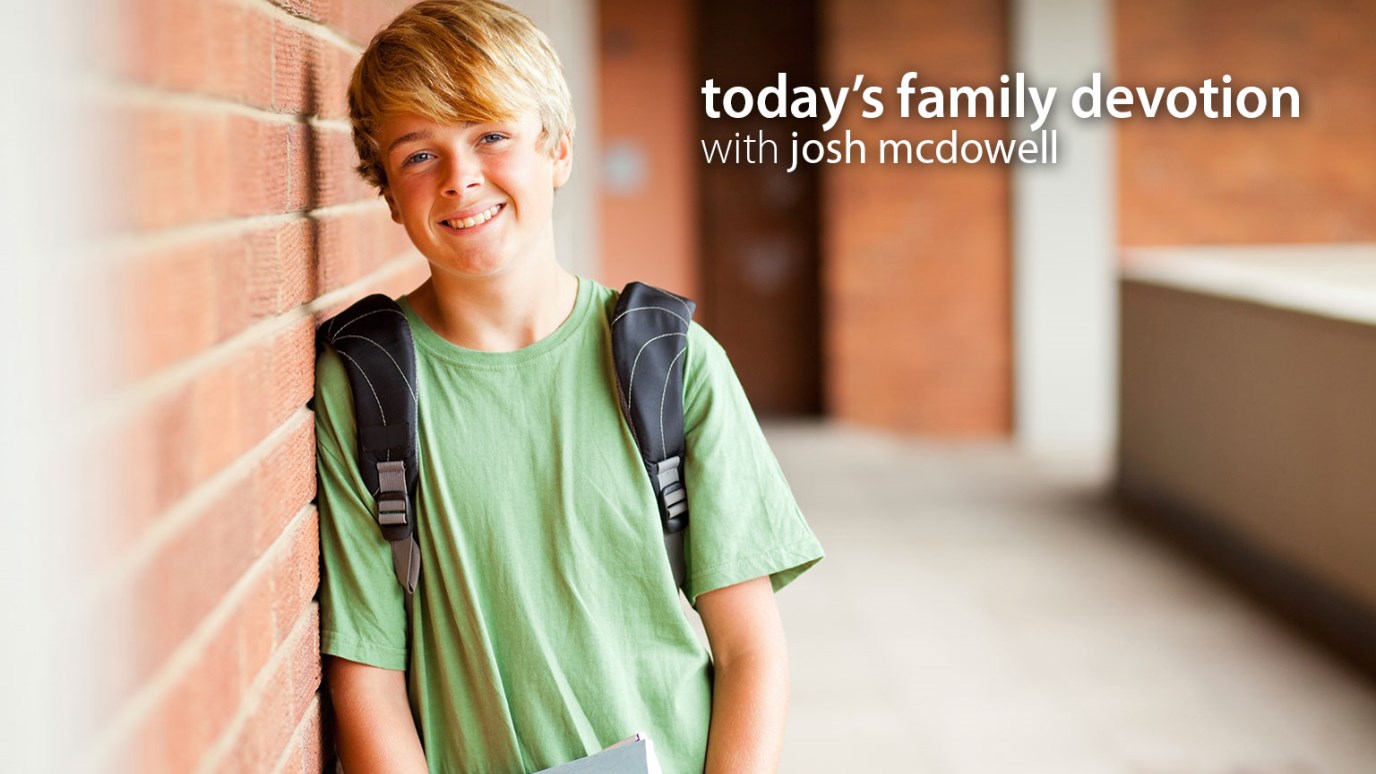 Teaching your child to say, "no" to doing wrong things develops character (the strength to do right things).

Verse of the Day: “We also rejoice in our sufferings, because we know that suffering produces perseverance; perseverance, character; and character, hope” (Romans 5:3-4, NIV).

“I’ve got an idea!” Lucas announced. He stood beside his bike with his friends Bobby and Jamal, who sat on their bikes. “Let’s sneak into Old Man Potter’s place and swipe some apples!”

“Are you scared?” Lucas asked.

Jamal shook his head. “No,” he answered. “I just don’t steal stuff, that’s all. You should know that, Lucas.”

“Well, I’m going,” Lucas announced. He turned to Bobby. “Are you with me?” Bobby looked from Lucas to Jamal, hesitating.

Jamal turned the handlebars of his bike away from Lucas. “Come on, Bobby,” he said. He started riding away as Lucas started shouting, calling him “Chicken.”

Jamal had only pedaled for a few moments when he heard Bobby.

“Wait up!” Bobby said. Jamal braked his bike and turned to wait.

Bobby was panting, out of breath, when he pulled his bike alongside Jamal’s. Jamal nodded to his friend without saying anything. As he started to go, Bobby stopped him.

“Wait,” Bobby said, still panting. “How’d you stand up to Lucas so easy?”

“Oh, that,” Jamal said. He shrugged as if it was no big deal. “I’ve said no to Lucas so many times, I don’t even have to try anymore.”

Again Jamal shrugged. “I guess it was hard the first few times. But I just kept saying no. I said it, no matter how much he made fun of me or got mad at me.” He smiled. “He’d probably have a heart attack if I said yes to any of his ideas now!”

“I bet he would!” Bobby agreed, as he and Jamal turned their bikes and started pedaling toward home.

TO DISCUSS: How did Jamal get good at saying no to Lucas? How did Jamal’s perseverance lead to the development of character (the strength to do right things)? What might have happened if Jamal hadn’t kept saying no to wrong choices?

TO PRAY: “Lord, no one likes to suffer. But you tell us in your Word that suffering produces perseverance, which produces character. May each of us reflect Christ in our character.”