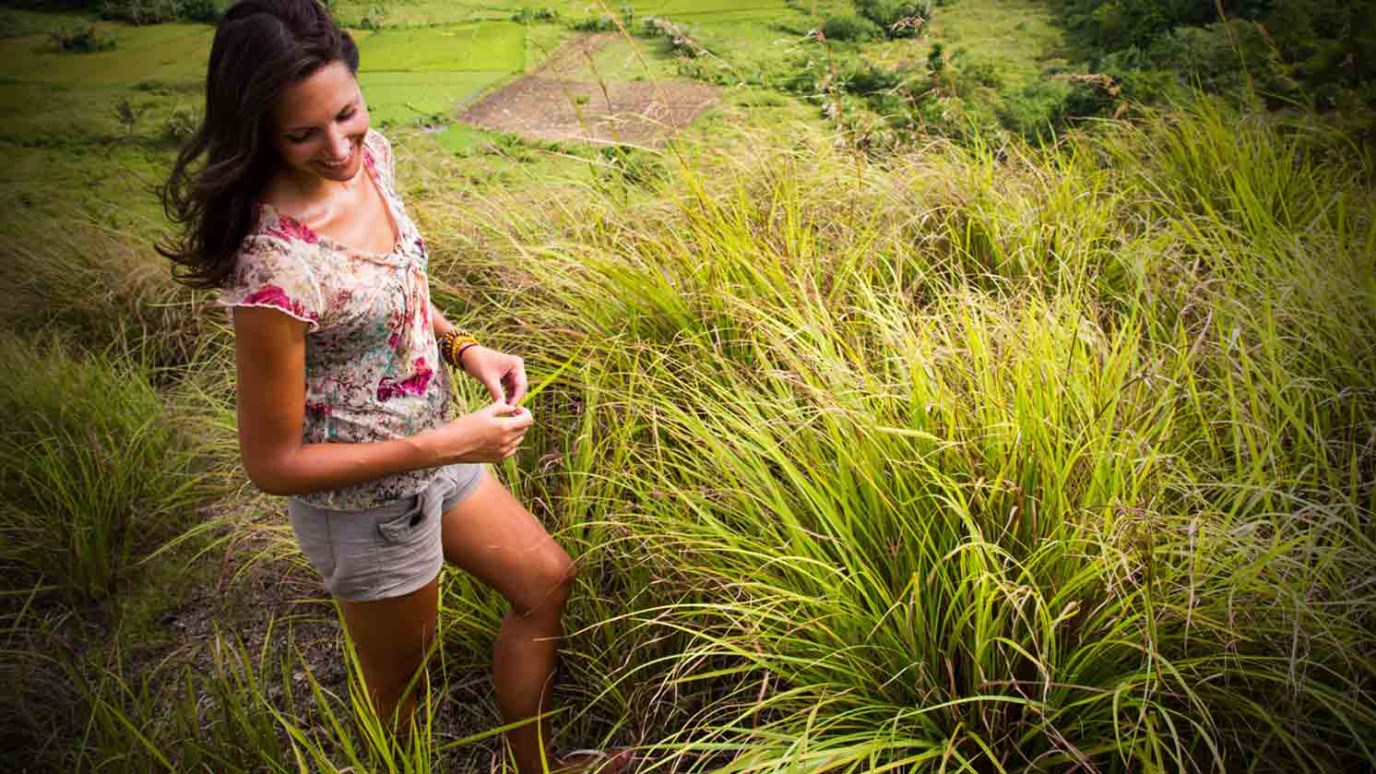 And Isaac prayed to the LORD for his wife, because she was barren. And the LORD granted his prayer, and Rebekah his wife conceived. The children struggled together within her, and she said, “If it is thus, why is this happening to me?” So she went to inquire of the Lord. Genesis 25:21-22 (ESV)

Have you ever seen the episode of I Love Lucy when Ricky wants Lucy to try working for a week? If you haven’t, you must look it up on YouTube—it will bring laughter to your day! Lucy and her friend Ethel get jobs at a candy factory and they are totally inept, especially at wrapping chocolates, due to a speeding conveyor belt. The speed of the conveyor belt forces them to stuff chocolates in their mouths, blouses, hats and anywhere they can find! Oh my, I can’t help but laugh when I think about Lucy trying to keep up the pace by grabbing as much candy as possible to win the battle between Ethel, the candy, and the conveyor belt! I guess I laugh because I can relate to being a grabber. I find myself grabbing hold of anything that will help me survive this fast–paced life that surrounds me. No, I don’t usually grab candy, but I do tend to grab at anything that will give me a sense of peace and relief. However, I have noticed I’m not the only grabber! I’m not judging anyone else; I’ve just been listening to you! Do you remember the commercial “Grab for all the gusto you can get?” If we all weren’t grabbers, there would be no need for commercials, magazines, or self help books. We grab for anything that will promise instant relief even though the price tag is often hidden under deception.

If your motto is “misery loves company,” I’m about to make you feel better. One of God’s favorite people was a grabber and his name was Jacob. The name Jacob means, “he takes by the heel” with the derived meaning to supplant, deceive or attack from the rear. Jacob came into this world grabbing the heel of his brother Esau! When his mother Rebekah was giving birth to twins, it was Jacob who grabbed the heel of his brother to come out first. Now, I would say that’s a grabber before birth!!! (Genesis 25:24-26)

It was difficult for Rebekah to get pregnant, but God blessed her and Isaac with twins. It appears these boys were very active in the womb—enough so that Rebekah asked God what was happening inside her. God responded and told Rebekah she was carrying two nations and they would be divided. Jacob grabbed hold of Esau’s heel at birth and he continued to grab hold of anything he wanted. Jacob pursued anything that would make his life better—even if it meant deceiving his own father. Jacob deceived and manipulated his way to not only having one wife but two. He deceived his father-in-law Laban in order to obtain stronger camels and donkeys. He had more female servants and male servants than anyone by grabbing hold of any opportunity to deceive his family. Jacob was a grabber his entire adult life until the day he was gripped with fear as he was told his brother Esau was coming to meet him with 400 men.

The night before Jacob was to see his brother again, something happened that changed his life forever. As he was sitting alone, he faced his past decisions and regrets. He knew he would soon be face to face with his brother, and having to face what he had done, he prayed for deliverance and confessed his own unworthiness before the Lord. At that moment God appeared to Jacob and Jacob wrestled with God until the morning. Jacob was a changed man. He no longer wanted to hold on to the things God had given him; he wanted to cling to God alone and not let go. Clinging to God that night was so life changing that God changed his name from Jacob to Israel, which means “he strives with God”. Jacob was no longer the same man who entered the world by grabbing everything on which he could get his hands. Instead, he became a man who decided to cling to God and not let go.

One of the greatest lessons to learn from Jacob is to see that as long as Jacob tried to manipulate circumstances to get what he wanted, the more he had to continue to manipulate. When the consequences of this behavior caught up with him, he was gripped with fear and had no desire for the things he once manipulated, deceived and fought to have. The very things Jacob grabbed to make him happy were the very things he became willing to lose. Interestingly, the one thing Jacob wasn’t willing to let go of was God. To this day Jacob is known for deceiving his brother, but it’s his God given name—Israel—that is known as the people of God, a nation chosen by God.

We each have a choice. We can choose to be a Jacob and try to manipulate our lives by grabbing onto anything that will promise us instant relief or we can choose to be an Israel and cling to God and not let go! I encourage you to hold on to God until He changes your heart and your desires. Who knows, He may even change your name! Maybe, that’s why I’m now known as Dot and not Doris! I’m holding on to God for dear life!

Things That Matter Most
Maria I. Morgan

The Danger of Small Compromises
Dr. Michael Youssef
Follow Us
Grow Daily with Unlimited Content
Uninterrupted Ad-Free Experience
Watch a Christian or Family Movie Every Month for Free
Early and Exclusive Access to Christian Resources
Feel the Heart of Worship with Weekly Worship Radio
Become a Member
No Thanks