It's Math and Mystery 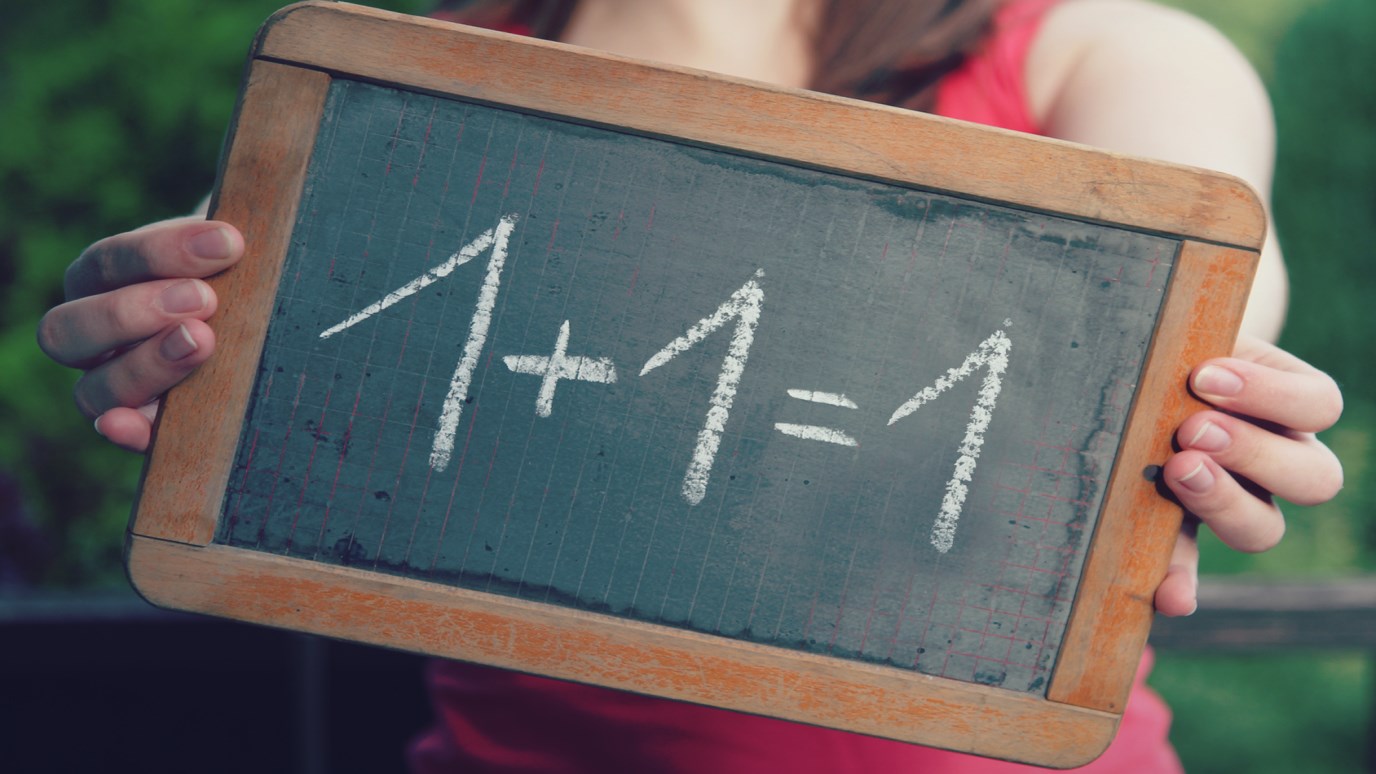 According to God, in the mathematics of marriage, one plus one equals one.

The New Testament tells us that marriage is a mystery. I have been married over thirty years, and I agree. It is a mystery. But the word “mystery” in this case does not mean a riddle, or a confusing puzzle. It means a divine secret—one that can only be revealed and unfolded by God Himself. The only way for man to understand the mystery of marriage is to ask the God who established it to interpret it for us.

But if marriage is mystery, it is also mathematics. My freshman year in college, I was a pre-engineering student. I spent most of my time working equations, and I discovered something very early on that was important: if you begin with the wrong premise, you’ll end with the wrong answer. If your equation is set up improperly, if you feed in the wrong variables at the beginning, regardless of how conscientiously you work, you will never arrive at the right answer.

According to God, in the mathematics of marriage, one plus one equals...one. Not one-half plus one-half equals one, or one plus one equals two. One plus one equals one. God’s mysterious marriage math irritates feminists, puzzles unbelievers and confounds the sociologists who suggest living together or “serial monogamy” as bright solutions to man’s aloneness. But they begin with the wrong premise. It was God’s idea that marriage would be a relationship of happiness and joy and fulfillment, part mystery, part mathematics, and all for our good and His glory.

Then the Lord God said, "It is not good for the man to be alone; I will make him a helper suitable for him."

The Kind of Marriage God Wants for You
Dr. Jack Graham
Follow Us
Grow Daily with Unlimited Content
Uninterrupted Ad-Free Experience
Watch a Christian or Family Movie Every Month for Free
Early and Exclusive Access to Christian Resources
Feel the Heart of Worship with Weekly Worship Radio
Become a Member
No Thanks