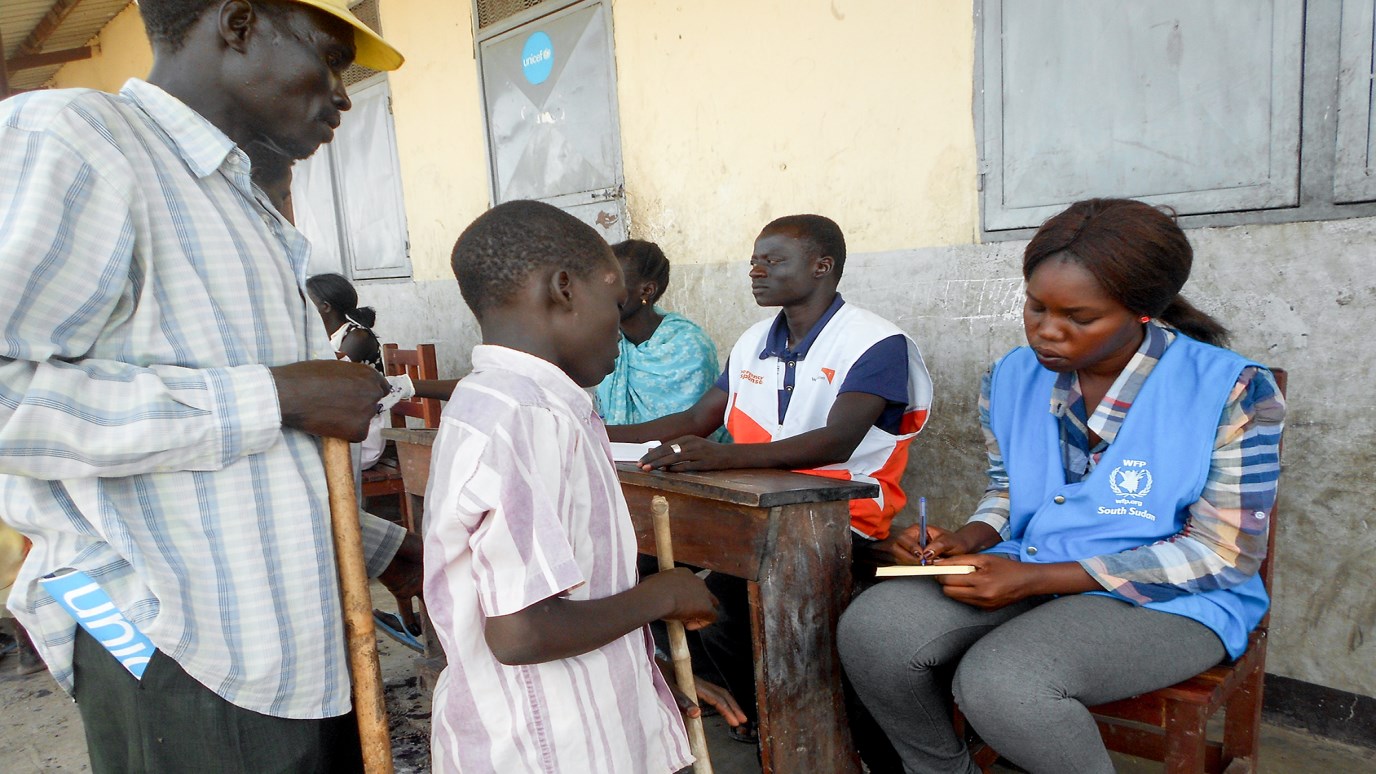 More than 500,000 children are among the 1.4 million South Sudanese who have left their homes to seek safety in camps for displaced people. Food and clean water are in short supply in the camps.

One-third of the population of South Sudan — 4 million people — is severely short of food and in need of aid. International humanitarian groups say that if treatment for malnutrition is not scaled up immediately, a quarter of a million children will be severely malnourished by the end of 2014, and 50,000 children under 5 could die.


Here are some frequently asked questions on the humanitarian crisis and what can be done to save lives and reclaim the future for South Sudan’s children.

What is the current humanitarian situation in South Sudan?

Why is hunger a growing problem in South Sudan?

Conflict is the main reason behind the current crisis, including increased levels of hunger. Armed opposition groups are fighting government troops in several states.

Fighting began in December 2013 when President Salva Kiir accused his former deputy, Riek Machar, of a coup attempt. Over the next six months, 1.4 million people — half of them children — fled their homes, abandoning crops and livestock. Markets were destroyed, trade disrupted, and food aid supplies looted.

Conflict and insecurity make it difficult for humanitarian organizations to distribute food. As the May to October rainy season grips South Sudan, cutting off road transportation to more than 60 percent of the nation, the situation worsens. If displaced people are unable to go home to plant crops and maintain their livestock, they will not have sufficient food or income to feed their families.

What is life like for people displaced by the conflict?

Fearful of further attacks, many internally displaced people live in overcrowded camps, including more than 95,000 people who live in U.N.-controlled settlements. They depend on organizations like World Vision for food, shelter, water, sanitation services, and healthcare.

Heavy seasonal rains led to flooding, so conditions are deteriorating. In addition to standing water, IDPs must cope with overloaded drinking water and sanitation systems that heighten the threat of diseases. A cholera outbreak in Juba, the capital city, is at emergency levels and spreading to other areas.

What other problems are children facing?

Many children can’t go to school, and there is little for them to do in displacement camps. More than 3,800 children are orphaned or separated from their families and in need of care and protection.

Extreme poverty and a history of exposure to conflict make children vulnerable to recruitment as soldiers. The U.N. children’s agency estimates there are 9,000 child soldiers in South Sudan.3 There are also reports of sexual exploitation and abuse of children.

Children need safety, healthy activities, opportunities to learn, and psychosocial support so they can recover from overwhelming experiences.

How is World Vision providing for children and parents in South Sudan?

More than 170,000 people have benefited from World Vision assistance in South Sudan, including:

The organization also provides assistance to South Sudan refugees in Ethiopia and Kenya.