Is There an Upside to Erupting in Anger? 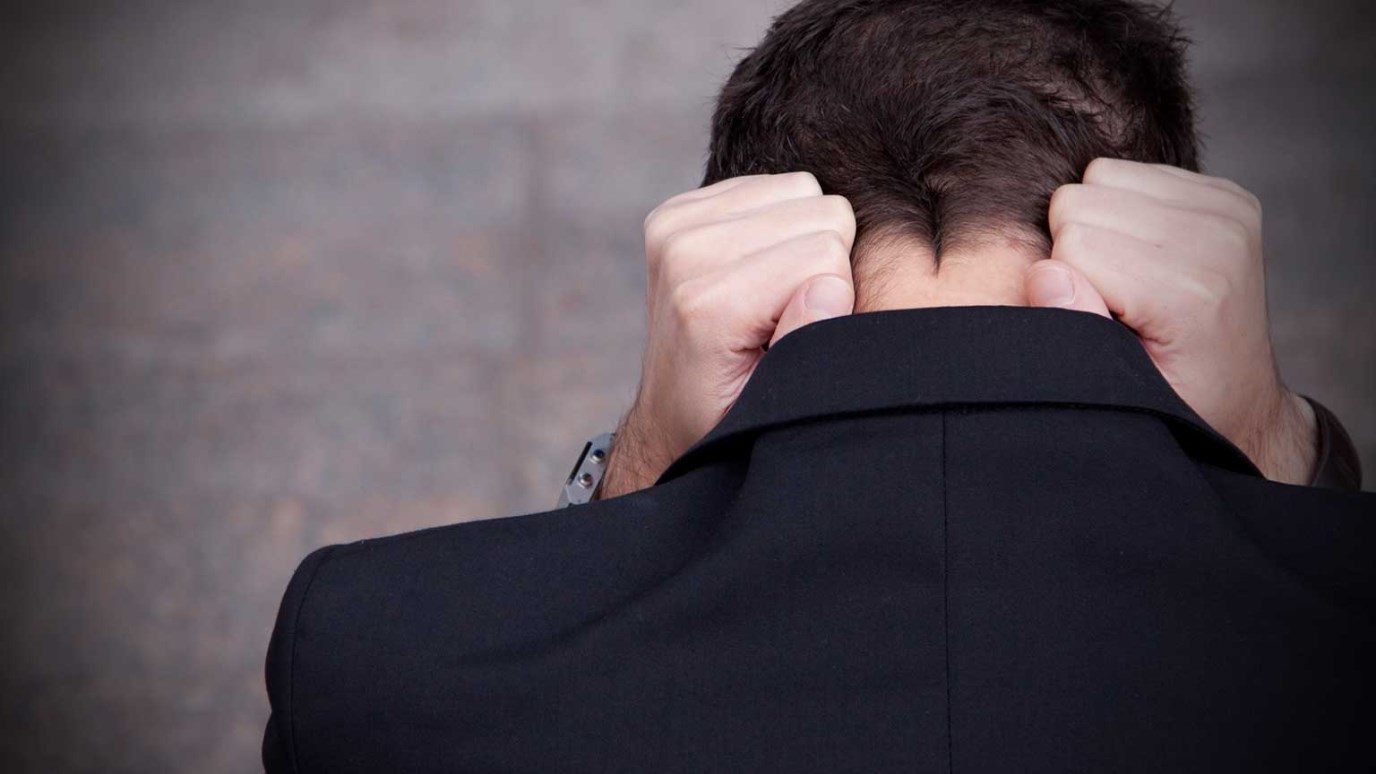 Nothing good happens when we are out of control—whether in fear or anger or hurt. At some point in our lives, we have to take an honest look at ourselves.

A friend of mine told me about an episode that happened to him years ago at a business retreat. At the time, it was common to gather employees into small groups for the purpose of “telling it like it is.” Though the fad soon passed, for one man the encounter proved to be life-changing.

A dozen small groups huddled in different parts around the convention center. My friend was sitting in a group of 10 other people when suddenly the double doors into their room were kicked open by one of their fellow employees. He burst into the room, and in shock, all eyes were fixed on him. His face was flushed red with anger, his fists were clenched, and from his 6-foot, 4-inch, 280-pound frame, he shouted, “Those guys over there say I have a problem with anger.”

Everybody broke into hysterical laughing. A couple guys even fell off their chairs onto the floor. My friend said it was the funniest scene he’d ever witnessed. Everybody knew the guy and knew he had a problem with anger.

As everyone kept laughing, this brute saw himself for the first time. My friend said, “His body went limp. He realized he was living proof of what they just said and furthermore, he was in total denial. Everyone saw it but himself.”

He’s like the guy who says, “I don’t need to go to anger management classes. I just need people to quit ticking me off by being so annoying.”

Or like the wife who said, “My husband really makes me mad when he asks about my anger management classes.”

The good news is that this was a life-changing moment for this fellow. His self-illumination did not meet with more denial. Instead, he humbled himself and owned up to his anger issues.

He was a great guy but had this short fuse. He never harmed anybody, but he lost self-control due to his angry annoyances.

Are you aware of what’s going on inside of you? (In talking about anger management classes, maybe you should join one. I hear it’s all the rage!)

I say this because some of us habitually overreact to a spouse or a child, but we don’t see it. We go into hyper-drive, because in our minds, this is the other family member’s issue.

Yet, at that moment, we reveal to all who watch us that we are the real issue.

An outsider videotaping us would see us like the guy bursting through the double doors, shouting, “Those guys say I have a problem with anger.”

We don’t see it about ourselves. We are the issue.

Though we erupt like a volcano in reaction to a spouse or child, we evidence to any objective observer that the family member is not the cause.

We are the guilty party but we are in denial. The only “denial” we acknowledge is the river in Egypt.

On the other hand, others of us realize that everyone can overreact for any number of reasons, but we awaken to the fact that it only frightens those around us and does not bring deep conviction to their hearts.

We come to that juncture in life where we look honestly at ourselves instead of waiting for the humiliating shock from seeing people fall on the floor in laughter at us (or do so behind our backs).

We make a decision to avoid reacting emotionally and forcibly beyond what can be justified. We clearly recognize that such overreactions prove to be disproportionate to the provocation.

Though the other person has done wrong, we exceed their transgression with our act of irrationality. They may be out of line, but we appear insane.

Thus we make a decision to keep the energy of our response consistent with what it means to be mature person. We grow up.

There is nothing good happening when we are out of control, whether in fear or anger or hurt.

We teach and discipline ourselves to move forward with an emotional calm and rational thought process. In fact, we give ourselves some time to calm down to collect our thoughts.

The same holds true several years later when our older teenage son comes in an hour later than the curfew we set–-it’s better to wait until the next day, when both of us aren’t as tired or emotionally upset.

If you know you will emotionally lose it with a spouse or any family member and machine-gun out a flurry of rude words, only to apologize later, why go there?

Are you really righteously indignant, or just out of control?

Has justice really been violated, or are you just out of control?

Has the other really offended you, or are you out of control?

Has the other failed to love and respect or are you out of control?

“Well, Emerson, afterwards I say that ‘I am sorry.’”

Great. I applaud that.

But let me share with you what I have observed with some. They actually see this subsequent emotional connection on the heels of seeking forgiveness as a good thing. In fact, they feel really good about it in that they connect more deeply than at any other time.

However, they trick themselves into foolish thinking—they never change.

The Bible says in Acts 26:20 that we “should repent and turn to God, performing deeds appropriate to repentance.”

There needs to be deeds, not words.

Why do some not realize the need to change so that the explosive anger does not happen in the first place?

On the heels of their eruption, a calm comes, like the calm after a storm on the open sea. That calm and emotional connection is so invaluable that the person thinks, “If we didn’t have explosions that trigger the serenity and the humble, heart-felt conversations, we’d never connect.”

Mistakenly, they conclude that happiness follows on the extreme moments of unhappiness. Reasonable conversations surface after irrational tirades. Provocation leads to reconciliation. Incitement leads to appeasement.

The end justifies the means, and they go on living in denial about their erupting like Mount Vesuvius.

“Oh, I am sorry for the hot lava that scared you but you inflamed me, even so this is molding our relationship into something warm and wonderful. We connect so well after these explosions.”

But here’s the truth this person needs to apply ASAP: “An angry man stirs up strife, And a hot-tempered man abounds in transgression” (Proverbs 29:22 NASB).

There is no upside to erupting in anger.

The Many Masks of Anger
Dr. Michael Youssef
Have you ever asked, "Why, God?"
Emily Manke
What I Wish I Would've Known Yesterday
Emily Manke
Follow Us
Grow Daily with Unlimited Content
Uninterrupted Ad-Free Experience
Watch a Christian or Family Movie Every Month for Free
Early and Exclusive Access to Christian Resources
Feel the Heart of Worship with Weekly Worship Radio
Become a Member
No Thanks