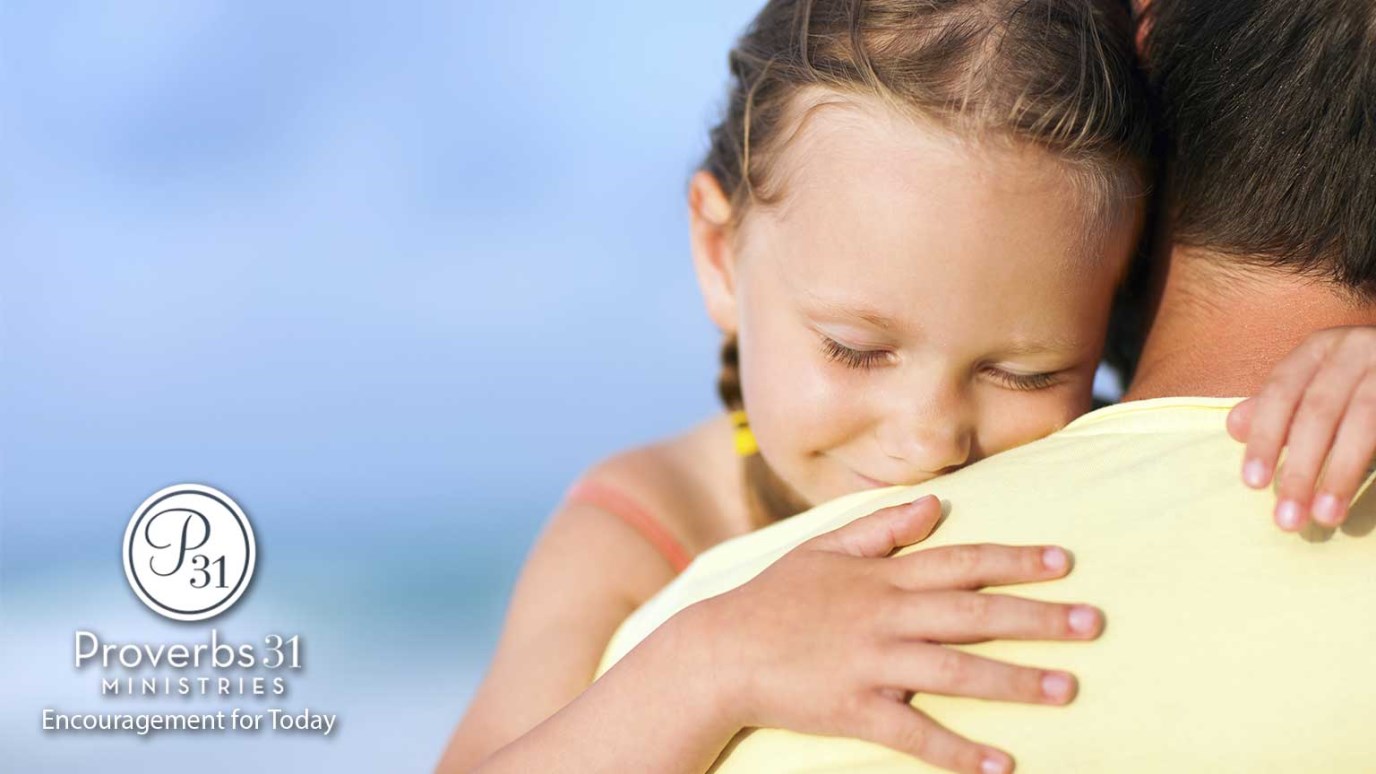 Even as adults we sometimes wonder if Jesus is "just pretend" -- simply because we don't see physical evidence of Him when we want to.

"But he replied, 'I won't believe it unless I see the nail wounds in his hands, put my fingers into them, and place my hand into the wound in his side.'" John 20:25b (NLT)

She looked up at her daddy with eyes filled with concern, trying to put into words the fears and doubts which had crept into her 3-year-old mind.

It was a day dedicated to prayer and worship at my niece's Christian preschool where her father works and where they'd spent the morning praying for Jesus to join them and be present.

When the service finished, Berkeley tugged on her daddy's shirt, and as he looked at her distraught little face, he asked what was wrong. Hesitantly, she innocently asked "Daddy, is Jesus just pretend?"

He was taken aback by her question, but gently answered, "Of course not honey. He's very much alive and with us today."

Berkeley replied, "But He didn't come." They had asked Jesus to come, and in her mind, He hadn't shown up.

When my brother told me this story, my first reaction was a chuckle. How adorable is that? But my second thought was how even as adults, we sometimes wonder if Jesus is just pretend, simply because we don't see physical evidence of Him when we want to. Even one of Jesus's disciples, Thomas, doubted Jesus was really alive until he saw Him with his own eyes.

After the resurrection of Jesus, the disciples were meeting behind locked doors because they were afraid of the Jewish leaders (John 20:19), and Jesus appeared before them saying "Peace be with you." He showed them the wounds in His hands and His side and they were overcome with joy.

But Thomas was not there that evening to witness this encounter. Since he didn't see Jesus himself, he didn't believe Jesus had actually shown up. In today's key verse, Thomas stated he needed proof before he could believe Jesus was really alive and active.

I've been a doubting Thomas before myself.

I've spent nights wondering if Jesus was really with me when my heart was breaking, my mistakes were heavy burdens, and my problems seemed overwhelming. I've walked through days begging for Jesus to give me a sign, any sign, to prove He was with me. And just like Jesus showed Himself to Thomas, there was one particular day He showed Himself to me.

I was participating in a Bible study and instructed to do a timeline of my life. I half-heartedly began the exercise, but over the next hour, as I scribbled out decades of experiences, good and bad, my spiritual eyes were opened for the first time. I suddenly saw a picture of God's handiwork, and how He had been at work every step of the way.

When they were written in black and white, I began to see the happenings of my life from a new perspective — as tangible proof of Jesus. They were no longer just memories, but experiences that all fed my life story and mapped out a divinely designed future, purpose and plan just for me.

Only after Thomas saw Jesus for himself did he believe He was alive. Similarly, when the proof of Jesus was staring at me from my scribbled paper, I could not help but believe either.

However Jesus wants us to believe in Him even if we don't see the proof. In John 20:29b Jesus says, "Blessed are those who believe without seeing me" (NLT).

Sometimes we want proof that Jesus sees, cares and loves. But if we sincerely look for proof in our lives, seeking how and where He has been at work, what we see with our spiritual eyes will be so much better proof than what we could ever see with our physical ones.

Joshua 1:9, "This is my command — be strong and courageous! Do not be afraid or discouraged. For the LORD your God is with you wherever you go." (NLT)

Hebrews 11:1, "Now faith is the assurance of things hoped for, the conviction of things not seen." (ESV).

REFLECT AND RESPOND:
Reflect on a time in your life when you felt Jesus was "just pretend." Ask Him for spiritual vision to see how He was with you and at work.

How might God want to use a difficult experience from your past to help others understand He is real, alive and active?

Where Does a Mom Go to Resign?
Karen Ehman
Follow Us
Grow Daily with Unlimited Content
Uninterrupted Ad-Free Experience
Watch a Christian or Family Movie Every Month for Free
Early and Exclusive Access to Christian Resources
Feel the Heart of Worship with Weekly Worship Radio
Become a Member
No Thanks