Is It Okay to Date Non-Christians? 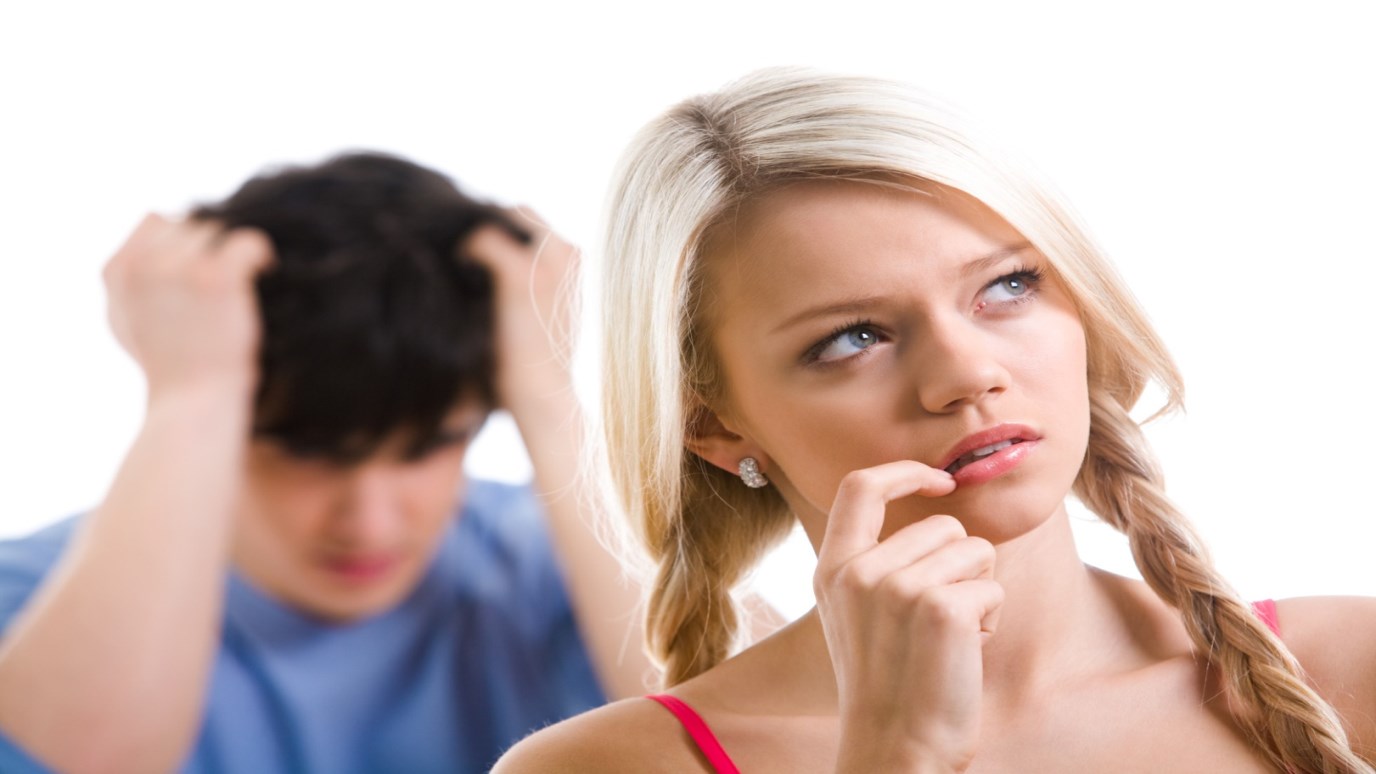 It's important to know that God desires for you to marry (and therefore date) a Christian. Brice, a college student, shares his insight on dating non-Christians.

I understand the temptation to believe that dating non-Christians is okay. In fact, I get why so many young women have been deceived into thinking that it is a potentially wonderful missions opportunity. (I actually fell for this one myself as a high school and college-aged woman.) But since I now understand how important it is that we understand God's truth on this subject, I decided to recruit a friend of mine to be a voice of reason.

Let me introduce you to Brice. He just happens to be a handsome, funny college student who is currently serving as the youth ministry intern at my church.

I think that Brice's insights on this topic are wise and thought-provoking, and they may just be exactly what you need to hear as you search for truth in this area of your lives. Here's what he had to say:

To start off with, I will tell you about a few of my own personal dating experiences. I am now 22 years old, and I have had five different girlfriends over the years and had crushes on many others. The first two girls I dated were Christians, in the sense that they went to the same church and youth group I was in. We kept things pretty low-key. We never did anything sexual, mainly because I personally thought it was wrong. I didn't think of the negative consequences that would be taken out on her heart or my heart. Looking back, I thank the Lord for protecting my purity and the purity of the girls in those relationships.

My next relationship was a bit different. My senior year, a junior girl caught my eye. We started talking on the band trip that year. I told my youth pastor about her because she wasn't in the youth group. I tried to convince him (and myself) that it would be good for me to date her so that she might come to youth group and become a Christian. I was dead wrong!

Once, my youth minister gave our youth group a lesson we called "the triangle talk." This talk consisted of a triangle drawn out, and the guy on the left base of the triangle and the girl on the right base. The concept was simple-when a person is focused upward to the pinnacle of the triangle (God), they will eventually meet up with that special someone that God has specifically designed for them. If a guy and girl are in a relationship, they should be focused on God, and as they grow closer to God they will inevitably grow closer to one another.

What I was doing with this new girlfriend was taking my eyes off of God and focusing on the really pretty girl. Well, this really pretty girl and I made out way too much! There were some moments when we got far too close to a line that should not be crossed until marriage. Our relationship ended after she wrote me a letter telling me she thought I was the one for her, and I told her I wasn't. I had been called into ministry a year and a half earlier, and I knew that she would not give me the support I would need in ministry. We broke up a week later. The bottom line from that story is DO NOT WASTE your time, emotions, money, and most of all your heart on someone who is not a Christian. If they don't have a relationship with Christ, you shouldn't be yoked to them.

I went off to college and told all my buddies, "I'm going to find a nice Christian girl and get married to her." I met a girl my freshman year who was really sweet, loved the Lord, and was really fun. We soon started dating. I prayed about it a few weeks later, and God told me I had jumped the gun and that we should break up. I was devastated. I thought all I needed to do was get to know her and once I knew her pretty well that we could date with the idea in both of our heads that the end result would be marriage. Not so. So I listened to God and broke up with her. This devastated me and her. She completely withdrew from me, which really hurt.

Before I left for camp that summer, I gave her a Bible and she gave me a journal and we said goodbye. I spent the summer at camp. We wrote letters a few times a week. It seemed like the Lord was restoring our relationship. We began dating that summer in early July. I don't remember consulting the Lord on that decision either. We dated for 15 months. It was a good time, but our focus was wrong. Our focus even as good Christian kids was on each other and not on God and how we were to be obedient to Him in His service. We were far too physical for a Christian couple.

The girl I dated for 15 months was a great girl and a strong Christian, but we were not equally yoked. She had a completely different way she wanted to live her life than I did when it came to serving the Lord. She had made plans for where she wanted to live, what she wanted to do 15 years down the road, and I still have no idea what I'll be doing after I graduate from college or when I'll graduate. The point I am trying to make here is that even when a guy is a strong Christian at a similar maturity level as you are, there are other factors that must be considered such as your views on spending and saving money. How you will give your time, money, and energy in service to the Lord? Are you both fine with living by faith and not have any real plans except to follow the Lord? Or does one of you want to be a lawyer and the other one wants to be an international missionary? There are many things that go into being equally yoked.

As a young Christian girl, you should focus on Christ; focus on His call on your life to follow Him. Seek to understand what that means for each one of you. Who are you in Christ? What is your identity in Christ? You need to be content with serving and obeying Christ. You must not seek to find your fulfillment in a man. It simply is not there. It is only found in Christ. As you seek the Lord and focus on Him, if you are to be married, the Lord will put the perfect man for you in your path. You should be able to see him in several different roles and know that you would be best yoked with that one man while on this earth. Pray for the man God is preparing for you right now, keep him in your prayers, and you will be oh so blessed when you meet him and see how God has been preparing you both.

BOTTOM LINE—Seek first the Kingdom of God and the rest will be provided.

The Importance of Repeating Expressions of Your Love
Great Commandment