Interacting with the Pharisees 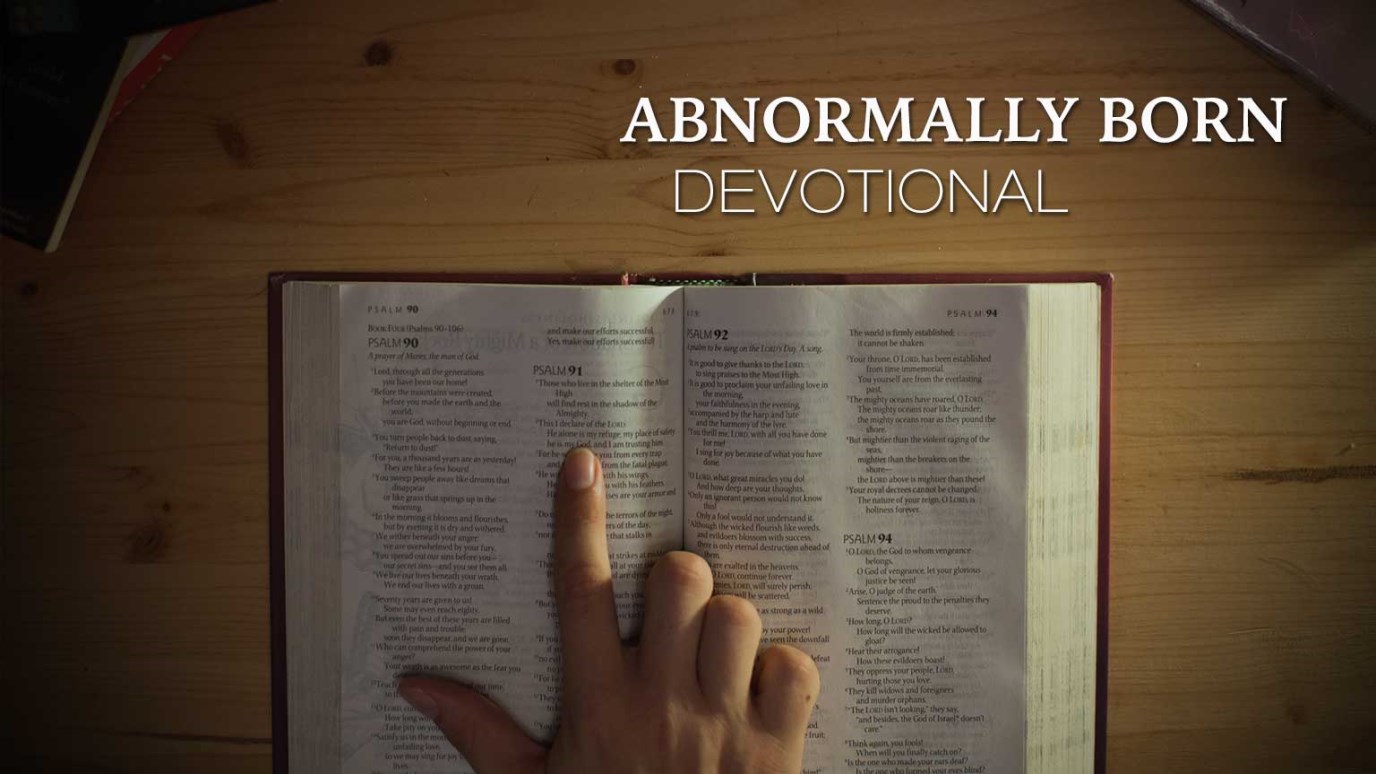 The Pharisees were considered to be "set apart," adhering to the very strictest of laws of the Old Testament. You don't have to look in the gospels for very long to know what Jesus thought of them.

Consulting both the Catholic Dictionary and the Jewish Dictionary, we can come to some common ground is saying that the Pharisees are “set apart,” and that they believed in the very strictest adherence to the Old Testament Law. These were religious leaders during Jesus’ time that had political and spiritual influence over a great number of Jews. These men were referred to many times to this group throughout the gospels, but we’ll stay in the gospel of Matthew and I think we’ll get a good sampling of what Jesus thought of these guys.

“In those days John the Baptist came, preaching in the Desert of Judea and saying, "Repent, for the kingdom of heaven is near." This is he who was spoken of through the prophet Isaiah: "A voice of one calling in the desert, 'Prepare the way for the Lord, make straight paths for him.' "John's clothes were made of camel's hair, and he had a leather belt around his waist. His food was locusts and wild honey. People went out to him from Jerusalem and all Judea and the whole region of the Jordan. Confessing their sins, they were baptized by him in the Jordan River. But when he saw many of the Pharisees and Sadducees coming to where he was baptizing, he said to them: "You brood of vipers! Who warned you to flee from the coming wrath? Produce fruit in keeping with repentance. And do not think you can say to yourselves, 'We have Abraham as our father.' I tell you that out of these stones God can raise up children for Abraham. The ax is already at the root of the trees, and every tree that does not produce good fruit will be cut down and thrown into the fire. "I baptize you with water for repentance. But after me will come one who is more powerful than I, whose sandals I am not fit to carry. He will baptize you with the Holy Spirit and with fire. His winnowing fork is in his hand, and he will clear his threshing floor, gathering his wheat into the barn and burning up the chaff with unquenchable fire." (Matthew 3:1-12)

You have to figure John was at least a little crabby wearing clothes made of camel’s hair and eating locusts. Where does someone get clothes made of camel hair? Do you have to skin the camel or can you just thin some of its back-hair out with some scissors and braid yourself a nice golf shirt? And locusts? Talk about your man versus wild… I guess the honey made it manageable to choke down. Ok, so John may have been a bit edgy, but what does he call the Pharisees? A brood of vipers? A bunch of snakes. There is something here John doesn’t like. It looks like he thinks they might be focusing too much on the past and that they need to wake up and see what’s coming soon.

Jesus had many encounters with Pharisees as well. In Matthew chapter 9, we find three exchanges: “While Jesus was having dinner at Matthew's house, many tax collectors and "sinners" came and ate with him and his disciples. When the Pharisees saw this, they asked his disciples, "Why does your teacher eat with tax collectors and 'sinners'?" On hearing this, Jesus said, "It is not the healthy who need a doctor, but the sick. But go and learn what this means: 'I desire mercy, not sacrifice.' For I have not come to call the righteous, but sinners." (verses 10-13)  Then John's disciples came and asked him, "How is it that we and the Pharisees fast, but your disciples do not fast?" Jesus answered, "How can the guests of the bridegroom mourn while he is with them? The time will come when the bridegroom will be taken from them; then they will fast."No one sews a patch of unshrunk cloth on an old garment, for the patch will pull away from the garment, making the tear worse. Neither do men pour new wine into old wineskins. If they do, the skins will burst, the wine will run out and the wineskins will be ruined. No, they pour new wine into new wineskins, and both are preserved." (verses 14-17). While they were going out, a man who was demon-possessed and could not talk was brought to Jesus. And when the demon was driven out, the man who had been mute spoke. The crowd was amazed and said, "Nothing like this has ever been seen in Israel." But the Pharisees said, "It is by the prince of demons that he drives out demons." (verses 32-34).

In the first exchange with Jesus and the Pharisees, they seemed to be concerned that He is hanging out with the wrong crowd. I can see this as a problem and one we still struggle with today. I think that we as church-going Christians have a hard time looking at people outside of our fold and thinking they are okay. Tattoos, hair, clothing, tobacco, alcohol, and music are all stumbling blocks we encounter in our acceptance of people. Jesus never got caught up in what people looked like or what church they went to or didn’t go to, He looked at who had a need and who had a heart open to Him. Jesus said He didn’t come to call the righteous, a reference to those spiritual leaders at the time, a reference they would appreciate and accept as their own. The problem was and is that the righteousness we demonstrate at best in an external commitment to following the rules. Rules end up getting added and added as more and more instances outside of what was originally written down come up. These rules pile up on us to the point where they bog us down and being righteous gets in the way of doing what is right.

In the next exchange in Matthew 9, verses 14 through 17, John’s disciples get in the act. Remember John? The one who called the Pharisees a brood of vipers? Well, his disciples come to Jesus and want some answers as to why Jesus’ disciples didn’t fast? Why didn’t they have to follow the rules? My wife and I get this same reaction from our near-teen daughter. This comparison to other people and the rules they have versus the rules she has. Everybody has a cell phone. Everybody stays up til 10 on school nights. Everybody parents let them watch R rate movies. Everybody smokes crack.  But this behavior doesn’t stop with kids, people at work are always comparing their circumstance to other people’s: why did John get a raise when I didn’t? Why did Mary get a new chair and I didn’t? Why did Sue get the good light bulbs?

The last commentary in Matthew 9 by the Pharisees about Jesus is that He was driving out demons by the prince of demons.  Wow; this is quite a statement. There is very similar exchange in Matthew 12 “But when the Pharisees heard this, they said, "It is only by Beelzebub, the prince of demons, that this fellow drives out demons." Jesus knew their thoughts and said to them, "Every kingdom divided against itself will be ruined, and every city or household divided against itself will not stand. If Satan drives out Satan, he is divided against himself. How then can his kingdom stand? And if I drive out demons by Beelzebub, by whom do your people drive them out? So then, they will be your judges. But if I drive out demons by the Spirit of God, then the kingdom of God has come upon you. "Or again, how can anyone enter a strong man's house and carry off his possessions unless he first ties up the strong man? Then he can rob his house. "He who is not with me is against me, and he who does not gather with me scatters. And so I tell you, every sin and blasphemy will be forgiven men, but the blasphemy against the Spirit will not be forgiven. Anyone who speaks a word against the Son of Man will be forgiven, but anyone who speaks against the Holy Spirit will not be forgiven, either in this age or in the age to come.” (verses 24-32)

In Matthew 12 Jesus gets in on calling the Pharisees a “brood of vipers,” which to me sounds like a biker gang set back in Shakespeare’s day, but Jesus points out that it doesn’t make sense that someone would keep one of their own kind from doing his or her appointed work. So a prince of demons wouldn’t drive out one of his demons from a person; that would weaken the demon business as a whole, and eventually destroy the very group that both parties are members of.

(Luke 4:14-30) Jesus Rejected at Nazareth
LUMO
Follow Us
Grow Daily with Unlimited Content
Uninterrupted Ad-Free Experience
Watch a Christian or Family Movie Every Month for Free
Early and Exclusive Access to Christian Resources
Feel the Heart of Worship with Weekly Worship Radio
Become a Member
No Thanks