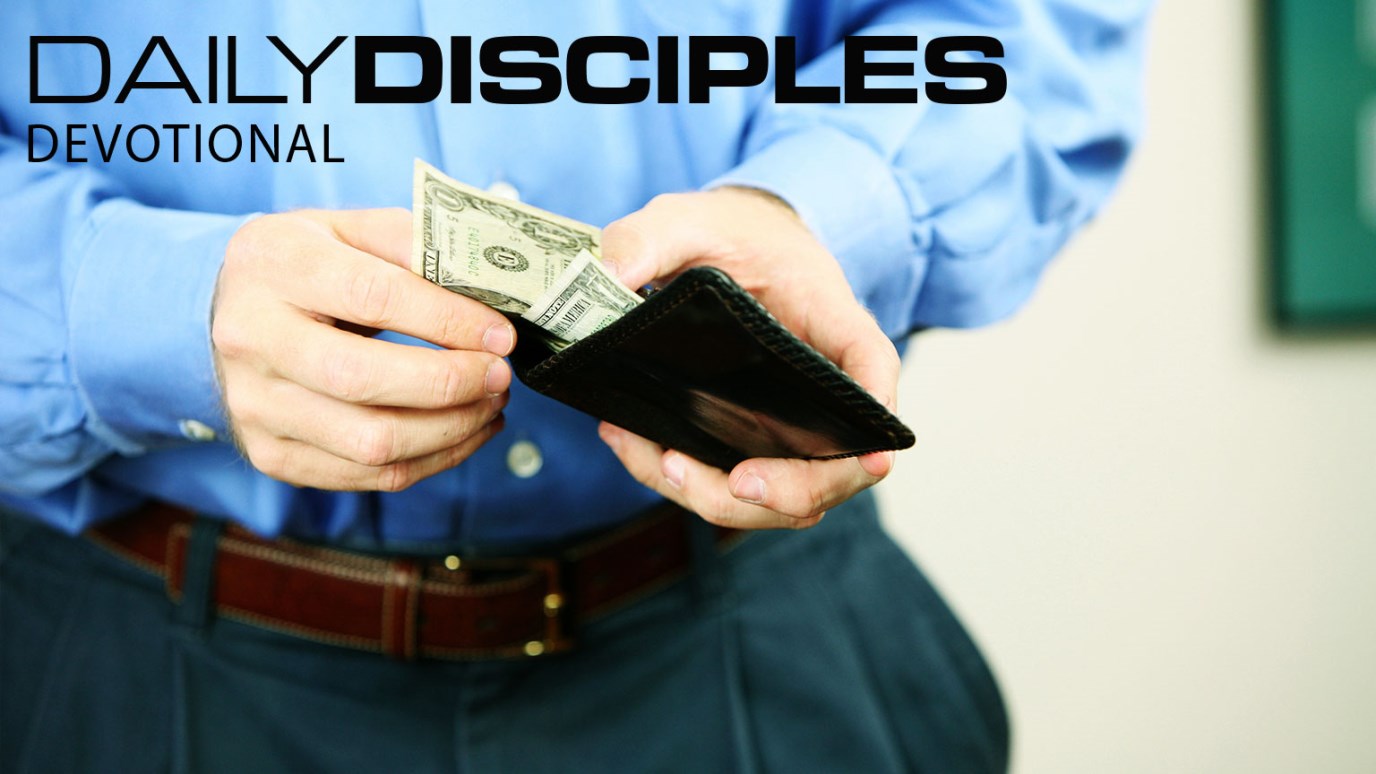 Our integrity is often tested through our finances. How we handle our money is a true sign of our character .

"No, my lord, hear me: I give you the field and the cave that is in it; I give it to you in the presence of the sons of my people. I give it to you. Bury your dead!" Then Abraham bowed himself down before the people of the land; and he spoke to Ephron in the hearing of the people of the land, saying, "If you will give it, please hear me. I will give you money for the field; take it from me and I will bury my dead there." And Ephron answered Abraham, saying to him, "My lord, listen to me; the land is worth four hundred shekels of silver. What is that between you and me? So bury your dead." Genesis 23:11-15

When Sarah died in Hebron in the land of Canaan, Abraham went to the sons of Heth (the people who lived in the land) and requested a burial place. Abraham acknowledged that he was a foreigner in their land and humbled himself by bowing before these men to ask his petition. They, in turn, honored Abraham by calling him a prince and instructing him to take the choicest piece of land for his burial. They wanted him to take it for free but Abraham insisted on paying the fair price for the land. After much debate back and forth, an amount of 400 shekels of silver was given as the land value and Abraham gladly paid it.

Abraham was obviously a man of integrity. He was respected and honored among the people living in Canaan, even though he was considered a foreigner in their land. At this time, Abraham's descendants were yet to come. He was living in the faith of the promise from God that one day his descendants would live freely in this land of Canaan, the Promise Land. But instead of flaunting his heritage, he humbled himself and honored the current residents by insisting on paying his fair share for a burial place. In return, his integrity and character were perceived even greater in the eyes of these people. God blessed Abraham for his faith and obedience.

Our integrity is often tested through our finances. How we handle our money is a true sign of our character and it seems that Christians are under the spotlight more than others. By paying for the land, Abraham was not under obligation to the landowners. When in debt, we are obligated to the lenders. When in debt, it is hard to make wise choices because our need for money can overshadow the right decision. Pray about your finances and ask the Lord to guide you in all decisions regarding money, even in issues of debt. Integrity and character are far more valuable.