Infuse Your In-Law Relationships with Grace and Love 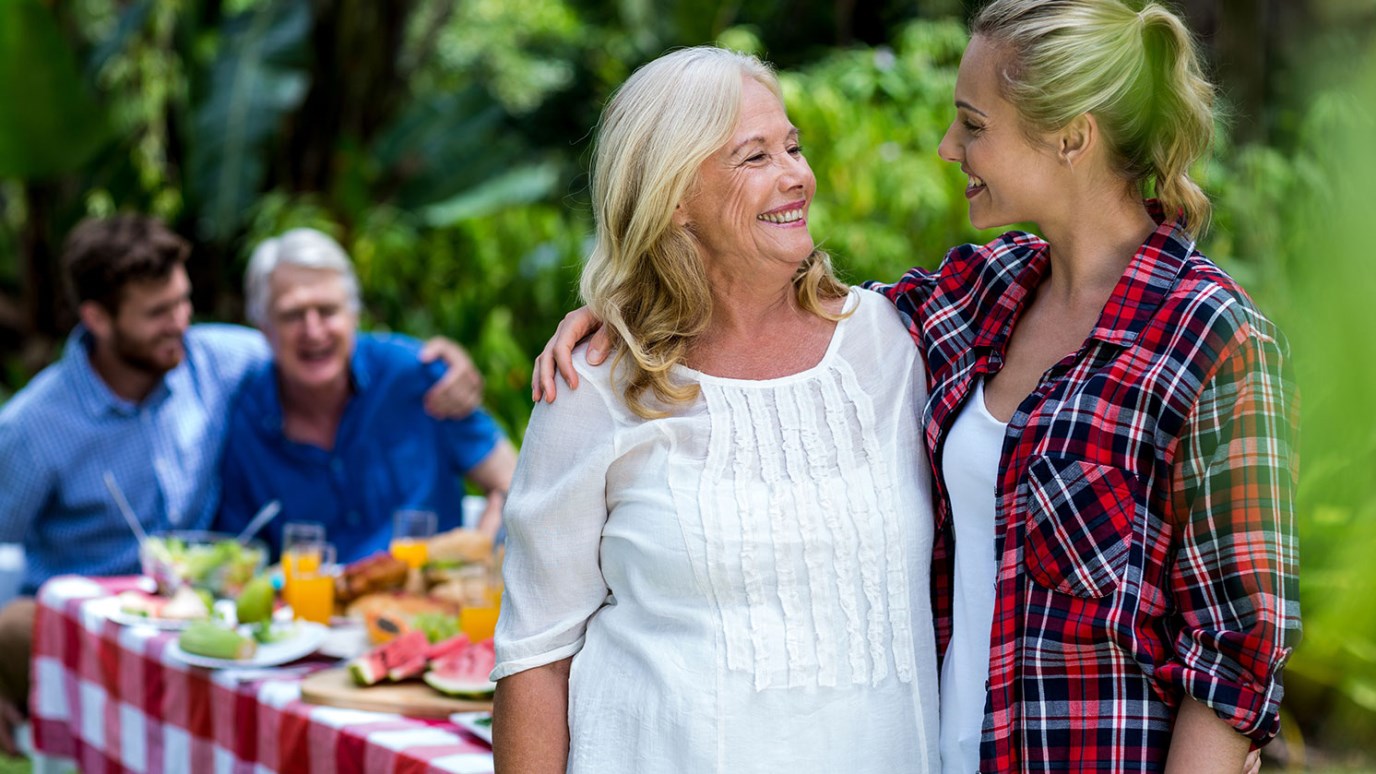 How would it affect the legacy of your family if you went out of your way to love your in-laws on God’s terms and vowed only to speak of them in ways that build them up?

I once heard someone say that the relationship between a mother-in-law and daughter-in-law is the most fragile of all human relationships. If you are one of those people, you already know this relationship can get sticky.

Mothers-in-law often fulfill a role that is part mother, part friend, and part threat in the lives of their son’s wives. Daughters-in-law are not quite the same as a biological daughter, and yet they are a huge part of the makeup of the family. The result can be a lot of relational thin ice that is difficult to tread.

Part of the reason why this can be so tricky is because it is hard to see our own faults. Daughters-in-law may be too defensive or easily frustrated by traditions or forms of communication that seem perfectly normal to your family. You may not know how to walk the tightrope of being helpful without being critical, of befriending your daughter-in-law without trying to take the place of her biological mother.

With all of these layers, we need to get serious about studying what God’s Word has to say on the subject. I think you’ll find the Bible offers surprisingly clear guidelines on how to treat each other. Even if your relationship is great, we can all learn about loving each other better.

The book of Ruth contains many important themes, but one we often miss is that relationships with mothers-in-law can be amicable and that honoring each other can lead to great blessing. Ruth and Naomi faced difficult circumstances and yet they loved each other well, respected each other, and were blessed because they decided that God’s standards for relationships applied to the way they treated each other.

For daughters-in-law, here are several key themes worth noting from the book of Ruth:

Ruth begged to stay with her mother-in-law rather than return to her own family after her husband’s death. Ruth opened her heart and allowed herself to bond to her husband’s mom. As daughters-in-law, we’ve got to choose to be open to giving and receiving love from our mother-in-law (Ruth 1:16).

It was because of Ruth’s kindness and faithfulness to Naomi that she found favor with Boaz (Ruth 2:11). Disrespecting your mother-in-law may be socially acceptable, but it won’t earn anyone’s admiration.

Ruth included Naomi in the celebration of her son’s birth. The in-law relationship seems to really get slippery when the next generation arrives. Suggestions about how to burp and diaper a new baby can turn into fighting words. Daughters-in-law, realize that your baby reminds your mother-in-law of her own babies and that she desperately wants to be a part of the celebration (Ruth 4:17).

Clearly, Ruth had an uncanny ability to love and respect Naomi in all circumstances. We can make all kinds of excuses why we can’t treat our mothers-in-law the same way, but the Bible writes us no such permission slip.

Ephesians 4:29 says, “Let no corrupting talk come out of your mouths, but only such as is good for building up, as fits the occasion, that it may give grace to those who hear.” Your mother-in-law may not be as sweet and understanding as Naomi. But honestly, does “corrupting talk” about her help the situation? When was the last time you said something that built her up according to her needs?

Romans 12:18 says, “If possible, so far as it depends on you, live peaceably with all.” You have no control over the behavior of others, including your mother-in-law. But the Bible urges you to do your part to live at peace.

For you mothers-in-law, I encourage you to take note of the specific guidelines Naomi followed in her relationship with Ruth.

“When Naomi saw that she was determined to go with her, she said no more” (Ruth 1:18). Notice that Naomi didn’t “suggest” that Ruth make a different choice. Ruth was an adult capable of choosing. Naomi honored that.

Naomi considered Ruth a daughter (Ruth 2:2). Naomi treated Ruth like her child instead of an afterthought or family addition.

Naomi asked Ruth about her day but also offered compliments (Ruth 2:19). MILs, it’s okay to try to be a part of your daughter-in-law’s daily life, but be slow to criticize and quick to praise her for raising your grandbabies and caring for your son.

Naomi gave Ruth exact instructions for how to secure a “kinsman-redeemer,” and Ruth responded favorably to her mother-in-law’s advice (Ruth 3:1–4). Why? My guess is that Naomi held her tongue until it really mattered. When the stakes were high, Naomi spoke up, and Ruth listened and responded.

Naomi saw Ruth’s blessings as a gift, not a threat (Ruth 4:14–17). When Ruth gave birth to Boaz’s son, Naomi’s friends celebrated with her and Naomi received her grandbaby with great joy. For all practical purposes, Ruth was moving on. She now had a husband, a home, and a son. I doubt she was able to spend as much time with her mother-in-law as she had during the season when it was just the two of them, and yet, Naomi’s heart was not consumed with jealousy, bitterness, or resentment. She celebrated what God was doing in the next generation.

The story of Ruth and Naomi is an important one. It was from the line of Ruth and Boaz that David was born and Naomi became King David’s great-great-grandma. Even more importantly, Jesus came from the same lineage.

The story of your family is an important one, too. Ephesians 4:29 urges us to speak words of encouragement for the benefit of “those who hear.” People are watching how you interact to see what it reveals about your faith. God’s standards for how we should treat each other apply to this relationship, even if it takes extra effort.

How would it affect the legacy of your family if you went out of your way to love your mother-in-law or daughter-in-law on God’s terms and vowed only to speak of her in ways that build her up?

What can you do today to love your mother-in-law or daughter-in-law with the radical love of Christ?

Thanks for Raising the Man of My Dreams!
Revive Our Hearts

How Do I Deal with Unpleasable People?
Pastor Rick Warren

Steps to Successful Living in the Kingdom: Thankfulness
Kris Vallotton
Have you ever asked, "Why, God?"
Emily Manke
Follow Us
Grow Daily with Unlimited Content
Uninterrupted Ad-Free Experience
Watch a Christian or Family Movie Every Month for Free
Early and Exclusive Access to Christian Resources
Feel the Heart of Worship with Weekly Worship Radio
Become a Member
No Thanks