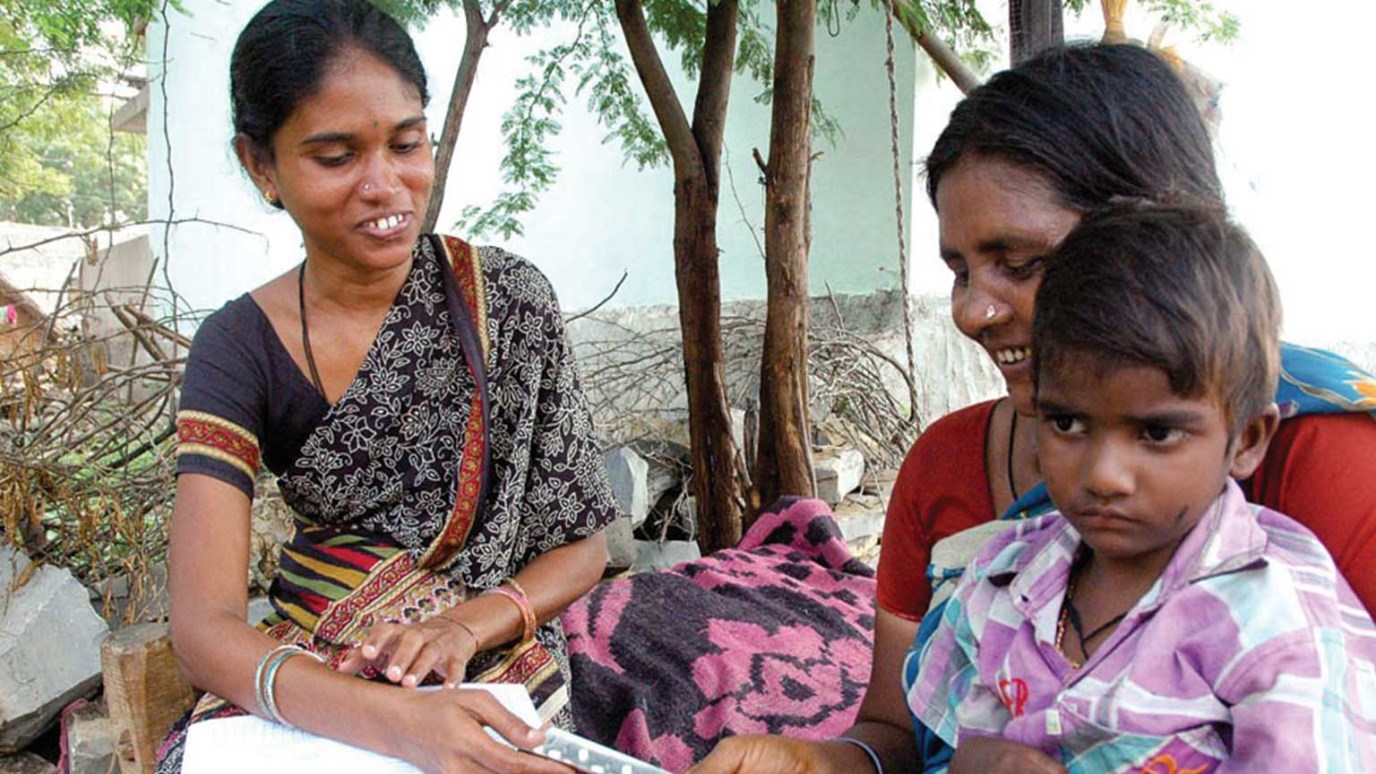 With an estimated 2 million cases annually, India has the world’s highest burden of TB, about 20 percent of the world’s infections.

Gowspeera, a listless 5-year-old, sits in a swing outside his family’s small hut in a remote village in Andhra Pradesh state.

When he stands and struggles to walk to the doorway, Lalamma, his grandmother, gently holds his hands to support him.

“Gowspeera complained of pain in his legs. We treated him for that,” she says. But the pain wouldn’t subside, and Gowspeera became more ill.

“He vomited and became unconscious. We lost all hope for him,” Lalamma recalls.

He spent 20 days in the hospital and was diagnosed with extrapulmonary tuberculosis, meaning the infection is not primarily in his lungs.

Globally, 10 percent to 25 percent of TB infections are extrapulmonary. Children are more likely than adults to have this form of the disease.

Gowspeera takes antibiotic medicine that leaves him tired and weak. But to be cured, he must take it faithfully for a year.

For patients who don’t take the medicine as prescribed, there’s a danger of developing a drug-resistant form of the disease and passing along the more-difficult-to-treat infection to others.

Sujatha, a volunteer local health worker, monitors all the TB cases in the village and distributes medication. She visits Gowspeera regularly to see that he is taking the antibiotics he was given.

With an estimated 2 million cases annually, India has the world’s highest burden of TB, about 20 percent of the world’s infections. World Health Organization estimates that each year, as many as 320,000 people there die of the disease.