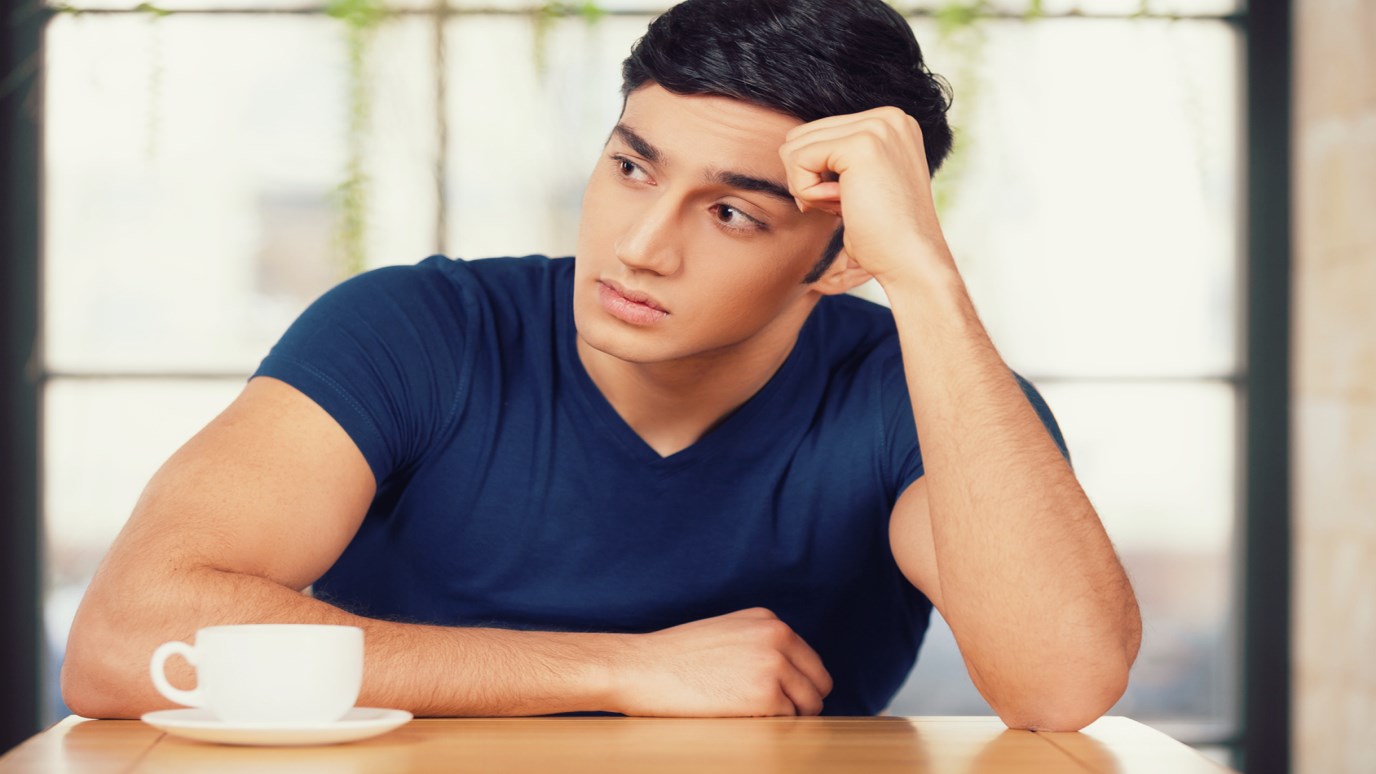 Craig McConnell shares about the men who spoke deep validation and offered guidance throughout his twenties, though it wasn't until later in life that he was able to see God fathering him through them.

Nine days, five guys in their 20s, two codgers, a single bottle of tequila, and a “We vastly underestimated this” adventure in the Utah wilderness provided every necessity for a clan of hearts inquiring and offering.

We rode mountain bikes and drove the White Rim Trail. It’s a trail/road in the same sense that a tightrope is a walkway. It was like driving bumper cars on a double black diamond ski run. It was wild. Great. Over our heads and so righteous.

Adventure is a sacrament for men; we partake and we’re present to God and one another, more engaged, and truer than we are otherwise. And so, sitting stream side in the terra cotta talc powder that is Canyonland’s dirt, we swapped stories and questions about everything that really matters: love, God, Eve, good cigars, identity, desire, career, fighting for one’s life, and the Big Unknowns. It was Good. Better than good.

Having all the endowments of a sage in this low-bar era—stories that decades script, the requisite scars, a modest level of sanctification, a walk with God, a heart, and a subtle Scottish hyperbolic intuition—I offered the “lessons learned” from my quiver. I’ve got a few. They were received.

In the in-between moments, particularly the hushed evenings, Christ took me back to my twenties... the Seventies. There was Vietnam, the Jesus Movement and my coming to Christ, a couple of oil crises, pulling the trigger on marriage, and having two daughters (oh, my… I was scouring toilets as a part-time janitor, wishfully dreaming I would be a part of a small tribe that was changing the world). It was a wearisome decade of music, being “discipled” by a wing nut; there was the Navajo White Leisure Suit, a peanut farmer, a wicked-pisser rafting expedition, losing friends, avoiding cults and jug wine, bouncing off the walls of college and seminary, a beloved pet hermit crab named Shelley, and the unarticulated angst fatherlessness spawns in a young man’s soul.

I was lost, flying blind, naïve—unable to negotiate the quagmire and unpredictable tides of life. The ache and void couldn’t be articulated at the time; it was a simple matter of when, where, and how would the next shoe drop? When would I be exposed as the Incredible Shrinking Man, a.k.a. the Bearded Toddler? I lived with a throbbing subsurface anxiety over the roar I heard in the distance, wondering what in the hell it was and when it would blindside me. There was no sage, nor father, no guide. Or so it seemed.

Somewhere in all of this Jesus came reminding me of Seminary and being five weeks into Bonehead Hebrew (first year Biblical Hebrew). We were approaching the first test, a mid-term exam, and the apprehension of the class was palatable; we were distracted, I was unhinged. Our knowing professor, Dr. Rigsby, took command of the class and was now, in this moment and time…a father offering from a masterly heart and decades of mentoring aspiring young pastors the words our panicked hearts needed. “If you’re completely lost, staring at the text clueless and trying to convince yourself over and over that this is a translatable language… If you feel like you’re failing and will never get it, you are exactly where you’re supposed to be; you are on your mark. You’ll be fine. You will know Hebrew in all its poetic beauty.”  I remember being stunned, overcome by his words. I exhaled the foreboding that was suffocating all hope and aspiration I had for my life as I embraced a perspective only a good father could offer. And Dr. Rigsby was a good father to me. His knowing, the authority he possessed, and immense kindness silenced the shaming, frightened, untrained places Bone Head Hebrew surfaced. He assured me I would be okay, that it was early in the journey, a single semester of discovery in a decade of discovery, and I would make it.

And I did make it.

There were others who spoke deep validation, gave guidance and instruction through my twenties, but it wasn’t until later, later in life I saw that it was actually God fathering me through them. His words were spun from their words… His life seeded and nurtured by them in me. Now as an older soul, I know better than I did in my twenties: our God is a father to the fatherless (Psalm 68:5).

A father to you and to me. He’s still fathering me and fathering through me.

What Happens When We Confess Our Sins?
Brandon A. Cox