In DR Congo, 'They Dream Only of One Thing: To Go Home' 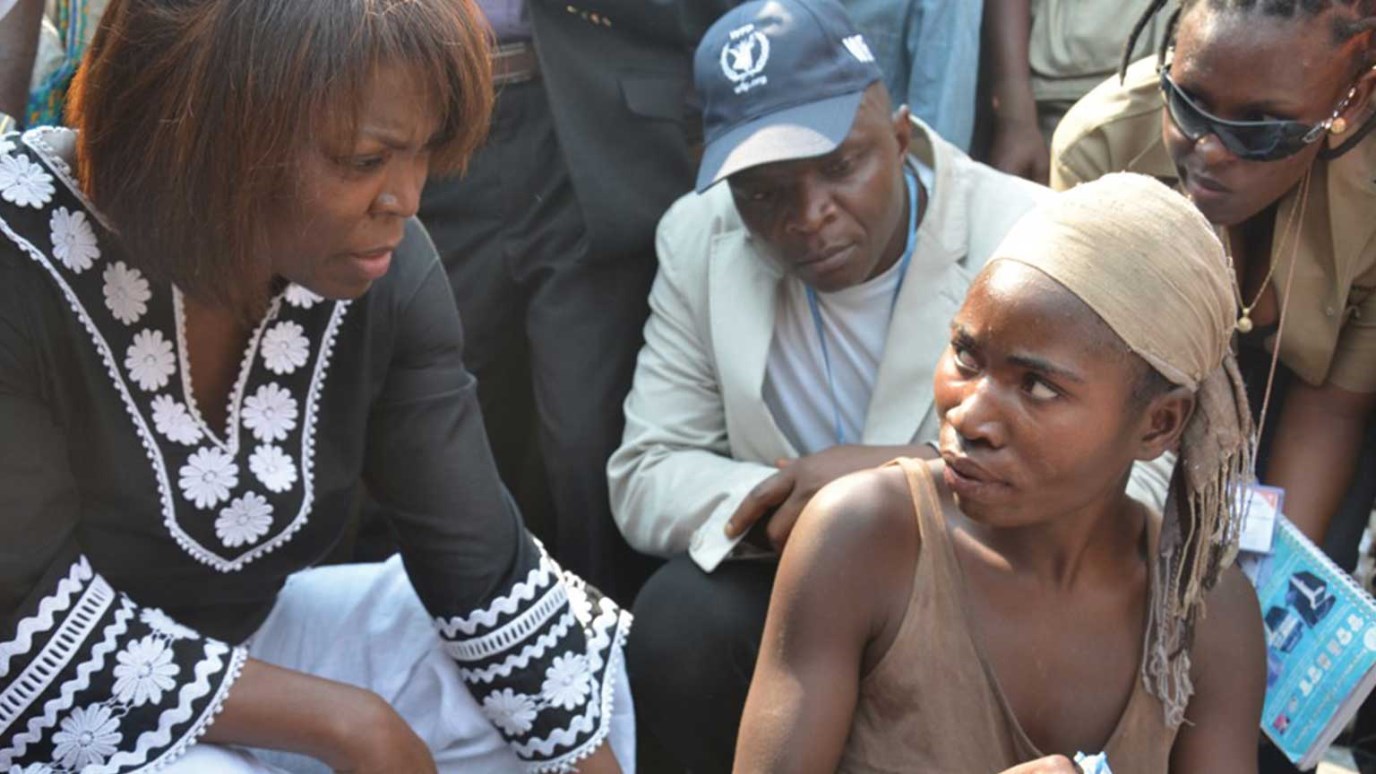 The leader of the World Food Program called for armed groups in the Democratic Republic of Congo to allow humanitarian access to Congolese displaced by fighting in North Kivu province.

The leader of the World Food Program called for armed groups in the Democratic Republic of Congo to allow humanitarian access to Congolese displaced by fighting in North Kivu province.

"It was very important for me to come in person to the DRC and speak directly with IDPs,” said Ertharin Cousin, the WFP's executive director. “They dream only of one thing: to go home. For this to be possible, and so that food security is ensured permanently, they need peace and a long-term political solution. I am the voice of these people around the world.”

Cousin made the announcement during a July 19 visit to Mugunga I camp for internally displaced people (IDPs) near Goma, in eastern DRC.

Mahoro, president of the camp IDP committee, spoke for the aid recipients: “We need peace so that we can go back to our home and cultivate our own food, this should be the priority for any advocacy plan.”

Accompanied by the provincial governor, Cousin attended a World Vision food distribution. The organization has distributed food at Mugunga I since November, when the current crisis began.

Cousin stressed that WFP and the nongovernmental organizations it works with are “neutral, impartial, and independent” and that aid is delivered based on need alone.

“Our only concern is the people we serve,” she said.

Mugunga I camp hosts more than 55,000 Congolese who fled their homes in Kanyarucinya, Rutshuru, Kibumba, and Masisi villages due to conflict and atrocities committed by armed groups that remain active in North Kivu.

“We are distributing to 54,809 people,” says Davies Bishi, manager of World Vision’s food assistance program. He says the monthly ration for each person contains rice, maize, beans, oil, and salt.

In addition to distributions at Mugunga I, World Vision distributes food at Bulengo and Lac Vert, located about 9 miles from Goma in Nyiragongo territory.