If Only My Dad Would Love Me... 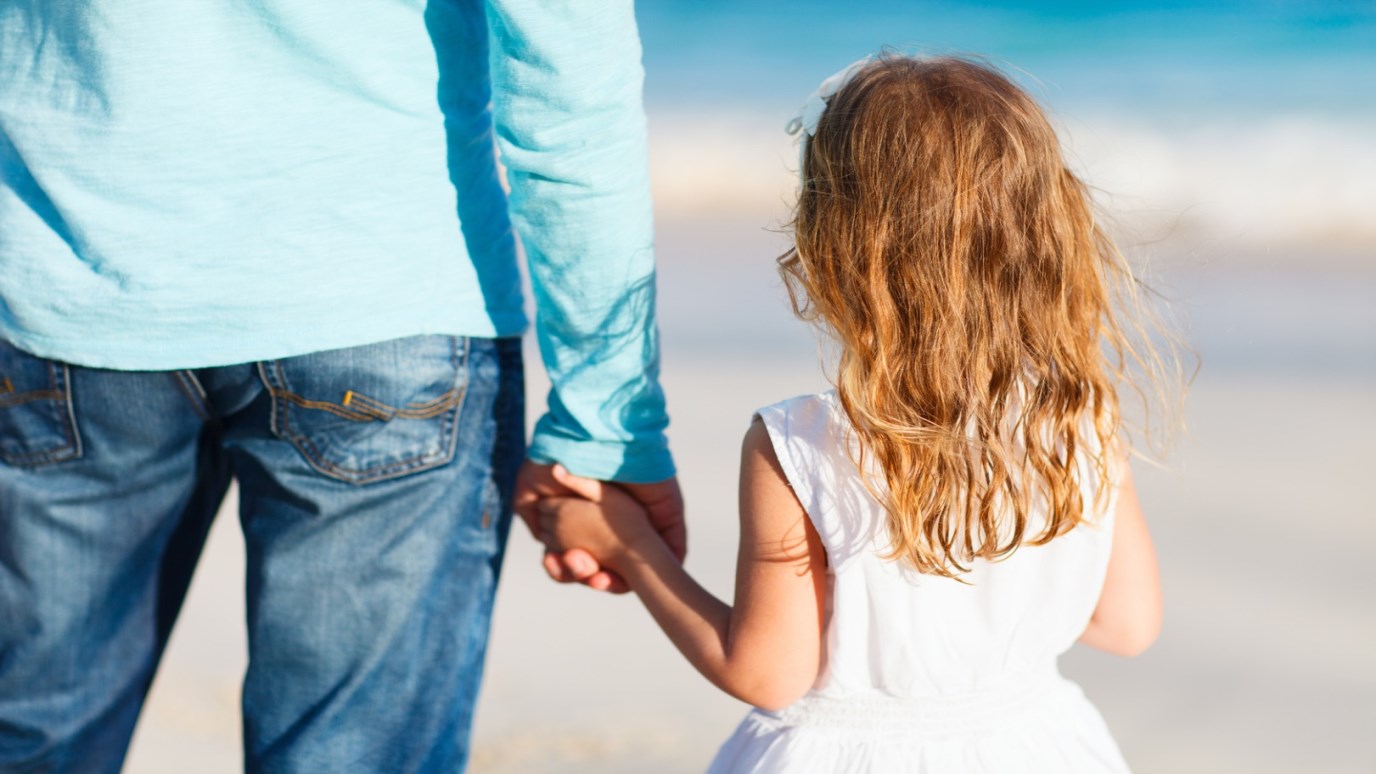 Christine shares how Jesus replaced Satan's lies with His truth and brought healing to her broken heart.

If I were just a little smaller, shorter, skinnier, prettier...then my dad would love me!

These were the lies that captured my heart and held me in their grip for over fifteen years when one moment of rejection shattered my little girl heart and made me question just about everything, including the certainty of God's love for me. But first a little history...

When I was three and a half years old, my mom fled to a shelter for battered women. This began a fierce battle for survival and a ten-year season of mandatory visitation with my dad. I was the apple of my daddy's eye until the age of five or six, when a stand for truth caused him to abruptly withdraw all his affection from me. That's when the doubts began and the lies moved in.

I was constantly comparing myself to other girls, especially girls who appeared to have a loving relationship with their fathers. It bordered on being an obsession! I did everything in my power to stunt my growth, thinking that if I were just smaller, cuter or skinnier, my dad would love me again. But all to no avail.

As I approached adolescence, my desire for my dad's attention and affection greatly intensified. I tried harder and harder to win his approval, only to have my hopes dashed repeatedly. Feelings of rejection overwhelmed my heart and made me feel worthless and unworthy of being loved by God or anyone else.

Then when I was thirteen, my dad unexpectedly died of lymphatic cancer, causing my hopes and dreams of ever knowing the love and affection of an earthly father to be shattered. By the time I was sixteen, I had totally given up on being a girl. I wasn't shapely, didn't think I was beautiful, and wasn't interested in romantic relationships. Simply put, I was angry with God for making me a girl instead of a boy.

Coming from a single-parent home without a father's love and protection, I could only view my gender as a major disadvantage. I hated my femininity and did everything within my power to hide it. I also grieved over my fatherless childhood and thought it was now impossible for me to ever experience an earthly father's love, protection, and care. I struggled to keep thoughts of ending my life at bay and felt like my future was hopeless.

I had accepted Christ as my Savior when I was four and a half years old. In my head, I knew God's love was everlasting and unconditional, but my heart struggled to believe and rest in the knowledge that His love for me would never change. Like my own shadow, my fear of rejection followed me wherever I went and hung like a dark cloud over all my relationships.

This cycle of fear and doubt continued to plague me until I attended an eight-week character-training program for young women when I was twenty-one. Dragged to Dallas almost against my will, my expectations were very low. But God had a plan beyond anything I could've imagined!

A few weeks into the program, I knew that a session titled "Allowing Jesus to Heal Your Past Hurts" had my name all over it. As Mrs. Bell spoke, something deep, painful and almost unbearable began to stir in my heart. She explained how Satan seizes painful circumstances in our lives as an opportunity to sow his lies in our hearts. Then she expressed how great Jesus' desire is to heal our past hurts and replace Satan's lies with God's truth.

When the session concluded, I went straight to my room and for the next two and a half hours, I allowed Jesus to reach deep down inside my heart and heal the pain that had been controlling me for so long.

First, I asked Jesus to reveal the lies I had believed as a result of my dad's rejection of me. Then, one by one, I confessed those lies to Him and asked Him to forgive me for believing those lies instead of His truth. Finally, I asked Jesus to replace Satan's lies with His truth and to bring the healing my heart so desperately needed.

The lie that gripped me the most was the fear that my heavenly Father might reject me if I fell short of His expectations, just like my earthly father had one.

I didn't realize how bound my heart was until the chains of deception began to fall off! As I knelt before the Lord weeping, my Father God revealed Himself to me like never before. I experienced His Father love just as if He was holding me on His lap and cradling me in His arms.

As I rose from my knees, I really and truly believed for the first time in my life that my heavenly Father loved me and that His love for me would never change. I realized God loves me because of who He is—not because of who I am—and His love for me is based on what His Son, Jesus, has done for me, not on anything I can do for Him.

I knew immediately that this was the beginning of a new and glorious work of God in my life.

What Do You See?
Andrew Wommack
Follow Us
Grow Daily with Unlimited Content
Uninterrupted Ad-Free Experience
Watch a Christian or Family Movie Every Month for Free
Early and Exclusive Access to Christian Resources
Feel the Heart of Worship with Weekly Worship Radio
Become a Member
No Thanks