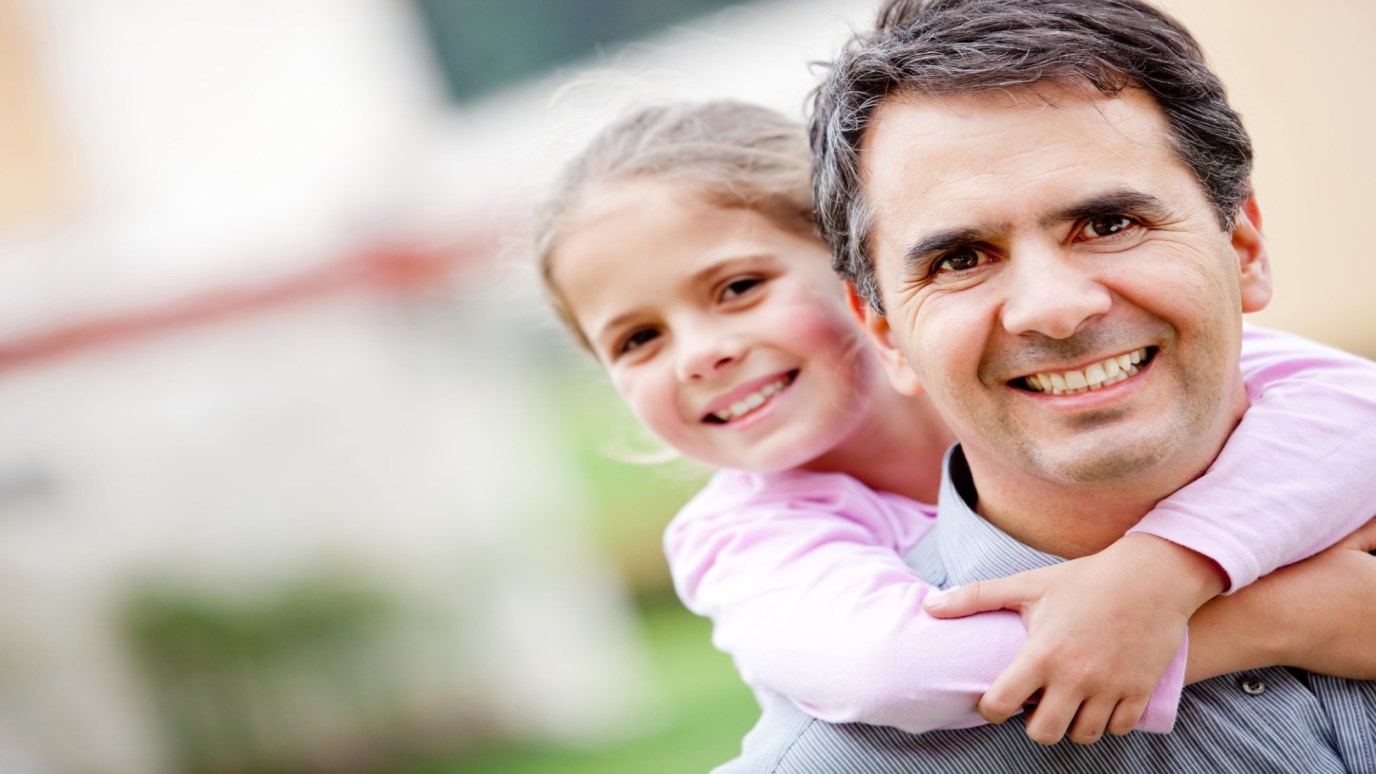 Christine shares how she learned that no problem is too small to share with God and no hurt is too insignificant to bring to Him.

For decades now I'd felt a gnawing ache for an earthly father's love. Frustrated that this persistent yearning continued to pursue me, I confided in a godly friend. After sharing my struggle with her, she asked simply, "Have you prayed about it?"

"Chris," she said calmly, "if you're convinced you could bring God more glory if you had an earthly father, why don't you ask Him to give you one?" Then without another word, she clasped my hands in hers and burst into a spontaneous prayer asking Him for just that. "God, I just pray that if Chris could bring You more glory with an earthly father than without one, You would give her the desire of her heart."

Wow! I stood in stunned silence. Up to this point, I had always considered my desire for a daddy a purely selfish one. It had never occurred to me that God could be glorified through granting it! From that day forward, I prayed the same prayer.

The following June, after enjoying a potluck dinner at our annual church picnic, I struck up a conversation with Mr. Schenk, a well-loved deacon from our church whom I had known for several years. When I popped a casual question about how many children he had, he replied, "Three boys . . . but I always wanted a girl."

Then I sat breathlessly, incredulous that such bold words had left my lips. After an intense pause, with kindness shining through his eyes, Mr. Schenk warmly responded, "Okay. It's a deal!"

At first, it was surreal and seemed too good to be true. Nevertheless, in the weeks, months, and years that have followed, God has faithfully worked through Mr. Schenk in countless ways to demonstrate His love for me as His daughter. Through his consistent presence, I have come to comprehend in greater measure the prominent role that God, my heavenly Father, desires to have in my life as my great Protector, faithful Provider, and the Keeper of my heart.

No problem is too small to share with Him. No hurt is too insignificant to bring to Him. Not one detail of my life escapes His notice. Everything that concerns me concerns God, because I am His daughter and He loves me with a love that will not let me go. Experiencing God's character and commitment to me through my adoptive father has enabled me to embrace without reservation the goodness and perfection of the way God created me both inside and out!

June 12 will be the eighth anniversary of the day Mr. Schenk, now affectionately known as "Papa," adopted me as his very own daughter in the Lord. Through the gift of my papa's steadfast love, I have experienced the full reality of God's promise to be a Father to the fatherless. God has not only redeemed the pain of my past, He has literally restored "the years the locusts have eaten" (Joel 2:25). God has taken me from despising my femininity to delighting in every dimension of my womanhood for the glory of God. I now know beyond a shadow of a doubt that I am a cherished daughter of the King and that I have a Father in heaven who loves me with an everlasting and unchanging love.

I have learned through this incredible experience that if something will bring God glory in my life, no matter how impossible it may appear to be humanly speaking, God will do it! He is just waiting for me to ask.

What "impossible" desire are you afraid to ask God for? Would you start praying that if it would bring Him glory, He would do it?

The Expression of Faith
Dr. Charles Stanley
Have you ever asked, "Why, God?"
Emily Manke
Follow Us
Grow Daily with Unlimited Content
Uninterrupted Ad-Free Experience
Watch a Christian or Family Movie Every Month for Free
Early and Exclusive Access to Christian Resources
Feel the Heart of Worship with Weekly Worship Radio
Become a Member
No Thanks