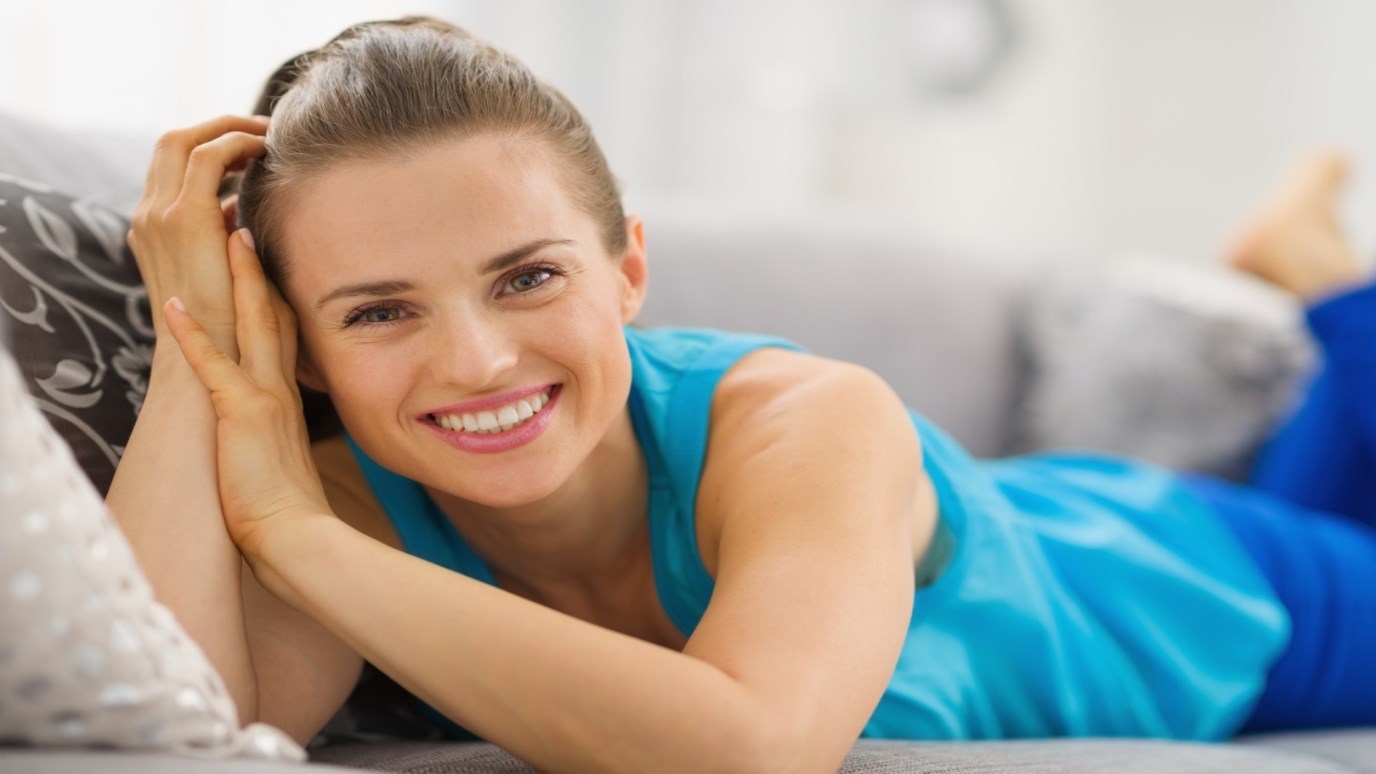 Cracked open by pain and confusion, Jamie Hughes was completely emptied of herself. And that’s where her Father needed her to be before He could start her reclamation.

It was the first night I couldn’t feel my legs. I lay on the floor of my parents’ half bathroom—the ceramic tiles leeching warmth from my body as I lay flat in the dark, tears pooling in my ears. I was numb from the waist down, not because my six-foot frame had been crammed into that tiny space too long, but because of a lesion on my spine no bigger than three stacked dimes.

Only a few days before, I’d been diagnosed with multiple sclerosis—an incurable neurological disease that had and would continue to damage my nervous system. There is no way to predict when or where it will show up or how severe an exacerbation will be. This kind of news is difficult for anyone to hear, but for me, it felt like a death sentence.

Until then, the only time I’d spent in a hospital involved a candy-striped uniform, and my medical records were shorter than First John. But because of two letters—M and S—my life would become one of injections, MRIs, and uncertainty. Without reason, my body had betrayed me. This isn’t happening, I would tell myself during the long hours of the night. I’ll wake up tomorrow and feel normal. When I didn’t, I became angry, hurt, and desperate by turns. None of it made me better. For all my efforts, I was left as emotionally black and blue as the patchwork of bruises I’d collected in the hospital. Up until my diagnosis, I had spent my life carving out ever-larger versions of myself like a Russian nesting doll until I could no longer recognize how small the real Jamie was. My health, education, family, and financial stability had all served as insulating layers between God and me, blinding me to the truth that I had and always would be reliant on Him for everything.

I came to the end of myself on that bathroom floor, talking to God as I never had. “I can’t, Lord,” I told Him. “This is too big, and I won’t survive it alone.”

For once in my life, I truly, earnestly prayed.

In the weeks between learning of my disease and that moment of desperate prayer, I came to understand how powerless I am—how empty those outer shells I had constructed really were. My intelligence and education, despite the pride I had in them, were utterly useless. My family couldn’t prevent MS with their love, and no amount of money could buy it off or make it disappear. When God was done whittling away these supposed safeguards, what remained of me was like the miniature doll at the center of all those shells: a lesser, humbler version of myself, free from delusion and terrified by the truth.

I’d been raised in church and had received Christ when I was a child, but until that moment, I had known God only in theory, not in Person. Or to put it in the words of Job, my ears had heard, but my eyes had yet to see (Job 42:5). I collapsed under the burden of my illness, and in that moment of brokenness, God repeated the words He said to the apostle Paul—“My grace is sufficient for you, for power is perfected in weakness” (2 Cor. 12:9).

I’d like to say that moment was one of immediate revelation and I emerged from my parents’ tiny bathroom a different person, but the truth is, it took time.

I needed space—breathing room and more prayers in equally unorthodox places—to understand the reason why He had allowed disease to touch my life.

Cracked open by pain and confusion, I was completely emptied of myself. And that’s where my Father needed me to be before He could start my reclamation. I had to belong to Him soul and body before He would return the latter.

Today, I thank God for the thorn in my flesh, the constant reminder of my inadequacy, because by its presence, “I was brought low, and He saved me” (Ps. 116:6). Before being chastened, I had extravagant plans for my life, none of which involved seeking or serving Him. But I now see those ambitions for what they were— vainglorious and unsatisfying attempts to build an empire for myself on a foundation of shifting sand.

Had He not graciously subjected me to this moment, I know I would have eventually come to the same dark place in time. Like David, I fell into the hand of the Lord and was subjected to “three days’ pestilence” rather than seven years of famine or the hand of man (2 Sam. 24:10-14). In a way, my illness was an answer to a prayer I had yet to voice, a supplication I didn’t know needed to be made.

Three months after that night on the bathroom floor, feeling returned to the soles of my feet— the first part of my body that had gone numb. Aside from minor flare-ups controlled by medication, I now live much as I did before my diagnosis. All the potential handicaps I feared have yet to occur, and doctors say my prognosis is good. But my wellness has nothing to do with their expertise or my merits. The Lord loved me enough to allow a plague to come near my tent (see Ps. 91) in order to draw me to Him. But when His purpose had been served, He drew it back as effortlessly as He once did the Red Sea.

James tells believers, “You do not know what your life will be like tomorrow . . . you ought to say, ‘If the Lord wills, we will live and also do this or that’” (James 4:14-15). This conditional statement summarizes everything I’ve learned through eight prayer-filled years of living with MS—if He wills, I will. Whatever happens, I know He has permitted it for His glory and my sanctification. Recognizing and submitting to this truth has granted me a liberty I never could have gained on my own.

My illness was an answer to a prayer I had yet to voice, a supplication I didn’t know needed to be made.

Because I belong to Jesus Christ, I focus on all I’ve been spared from rather than what I could be subjected to. I do not live in fear of the unknown. Instead, I rediscover a miracle each morning: I am able to walk, see, and think, and my first thought is to praise Him, to glorify His name with everything I am and all I do. The healing He worked in my body is evidence of the restoration He first performed in my soul. I take neither for granted, and that is one thing I pray will never change.

God Will Allow More Than You Can Bear
Ron Edmondson

God Holds Our Loved Ones
FaithWriters.com

How Faith Works: Is Your Faith Fine?
Mark Jeske
Follow Us
Grow Daily with Unlimited Content
Uninterrupted Ad-Free Experience
Watch a Christian or Family Movie Every Month for Free
Early and Exclusive Access to Christian Resources
Feel the Heart of Worship with Weekly Worship Radio
Become a Member
No Thanks