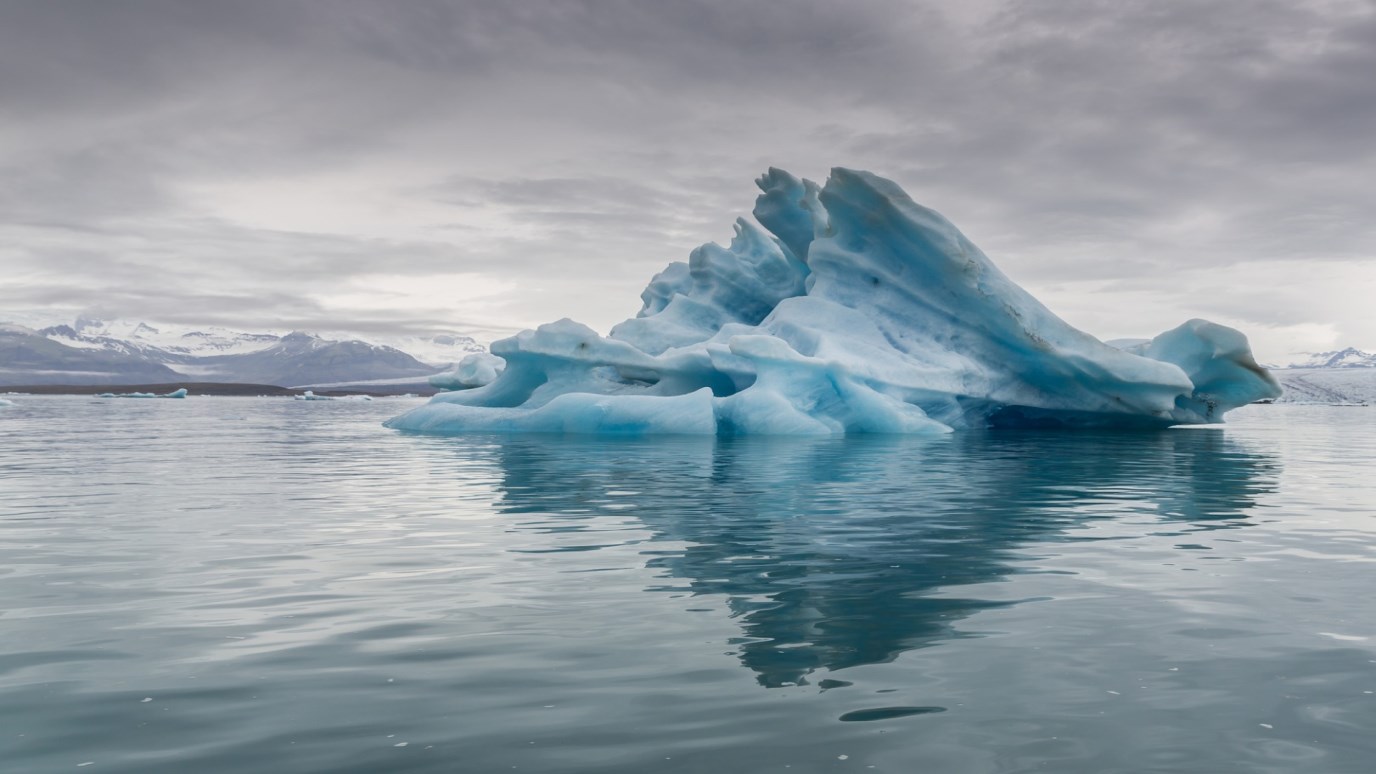 How does what you say reveal what is in your heart?

It's a memorable scene. The lookout sees something on the horizon. He calls in an officer who casually asks, "What do you see" while sipping tea from fine china. The lookout yells, "Iceberg, right ahead!" Right ahead was right. Before the captain and his officers could react, their massive ship hit that iceberg and the unsinkable Titanic began its infamous descent to the ocean floor.

Seems like a lot of damage from such a small chunk of ice. In fact, experts report that the iceberg that the Titanic hit was an unusually small one. But the thing about icebergs is that what you see is not what you get. An iceberg only exposes one-tenth of its mass above the water. Nine-tenths of the average iceberg is below water, making it impossible to budge, even with the force of a ship as huge as the Titanic.

This concludes our history and science lesson.

So why am I telling you this? Because your tongue is an iceberg, and it's possible that danger lies just ahead.

Many of you responded to my post about the tongue being a weak spot earlier this month. James describes the tongue as a fire. That's certainly true. But it's also just the tip of the iceberg, revealing something bigger and deeper in each of us.

It's a simple truth really—what we say reveals what's in our hearts. If we are saying kind things, using our words to build others up, and to be a blessing, that reveals something about the condition of our hearts. If we use our tongue to cut, to gossip, to lie, to sass, to grab attention, or to wound, we are revealing something yucky below the surface.

For example, many of you confessed that you struggle with talking back to your parents. That's a big deal because those rude words toward your parents are bubbling up out of the overflow of your heart. It's not just backtalk; it reveals a deeper attitude of rebellion, which is what makes it such serious business.

Some of you said you struggle with gossip. Have you ever stopped to think about what your need to talk about others reveals about your heart? Do you crave too much attention? Do you value yourself above the dignity of others?

I'm not trying to nail you to the wall here. I am thrilled that so many of you are willing to be honest about the ways you struggle to control the tongue. But simply striving to control your tongue might not work, because what you say is just the tip of the iceberg. The real danger is deeper down.

So will you join me in praying a very specific prayer this week? I'm afraid hearing God's answer might feel as painful as the crash of the Titanic, but I want to stop my tongue from starting any more fires and that's going to take some heart work.

Here it goes... "Jesus, will you show me what my words reveal about what's really in my heart? And if there is anything in my heart that displeases You, would You deal with it so that my heart is clean and my words honor You?"

I'm not really looking forward to learning about the gunk in my heart, but I can see that some if it is overflowing out of my mouth. With a little bit of fair warning, and the intervention of the Great Heart Changer, I'm hoping to avoid a crash. Who's with me?

Getting Closer to God
Randy Alcorn

A Big Mess
Maria I. Morgan

Abiding in Christ
Dr. James Merritt
Follow Us
Grow Daily with Unlimited Content
Uninterrupted Ad-Free Experience
Watch a Christian or Family Movie Every Month for Free
Early and Exclusive Access to Christian Resources
Feel the Heart of Worship with Weekly Worship Radio
Become a Member
No Thanks