I Will Help You 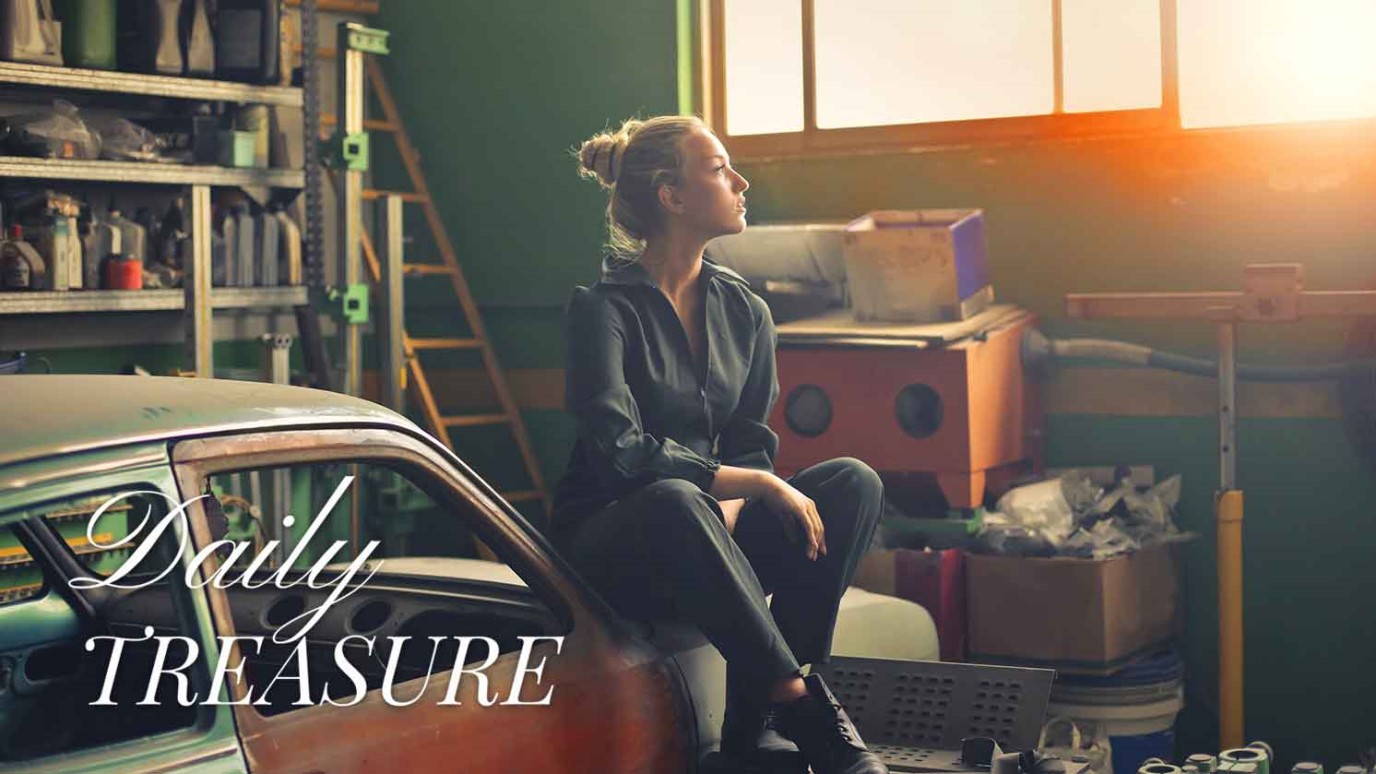 Do you see the scarlet thread of redemption woven throughout Tamar’s life? Amid impossible circumstances, God kept His promise in a way human beings couldn't.

After God killed Er and Onan, Judah feared giving his youngest son to Tamar. Instead of looking inward or recognizing God’s sovereignty over the deaths of his sons, or remembering that his family was the line through which the Messiah would come, he blames Tamar. He sends her back to her father’s home, promising that when his youngest son gets older, she can marry him.

In the course of time (after a long time) the wife of Judah, Shua’s daughter died. When Judah was comforted (recovered from his grief), he went up to Timnah, to his sheep shearers, he and his friend Hirah the Adullamite.

Every word in Scripture is important and this one verse is packed with information.

After a long time … we don’t know how long this was, but it was long enough that Tamar realized that Judah had no intention of keeping his promise.

Judah’s wife died. A typical grieving period was about a year or maybe even two. Tamar still waits for Judah to keep his promise.

Judah is still hanging out with Hirah the Adullamite. Dissect just this remark and we conclude that Judah chose a Canaanite as his best friend. Hirah was not a good influence on Judah. They travel to Timnah to enjoy the sheep-shearing festival, a Mardi Gras-like atmosphere that was almost exclusively dedicated to the practice of all kinds of sexual entertainments and perversions including “sacred prostitutes” in honor of the goddess Astarte. Judah’s behavior betrays his complete rejection of Yahweh.

Upon hearing about Judah’s behavior, Tamar immediately puts into place a plan to force Judah to remember her.  When did Tamar start making these plans? Her actions do not appear impulsive but well thought out. Genesis 38:13-20 describes Tamar trapping Judah by using his drunkenness and lust to her advantage. A pregnancy results from Tamar’s plan.

In time, Judah learns of Tamar’s pregnancy and self-righteously declares she must be punished. Tamar is ready for this moment. When confronted with the evidence he is the father, Judah repents and declares Tamar is “more righteous” than he is (Genesis 38:24-26).  We cannot answer the many questions about the righteousness or unrighteousness of Tamar’s behavior in a devotional. What we can do is recognize the overwhelming grace and redeeming love of our covenant-keeping God. God is the Builder of broken bridges, He brings beauty from ashes. Surely the story of Judah and Tamar is evidence of these promises. God brought great joy and redemption through the birth of twin boys, one of which would continue the line of Judah right to the birth of Jesus. That redemption continues to this day in the lives of those who love Jesus.

God promised our Messiah would come through Abraham's family. For reasons known only to God, He chose Judah's family to continue the Messiah's bloodline. His choice of Judah, a man who sold his brother Joseph into slavery, a man who tried to run away from his responsibility to his father, Jacob, a man who purposefully allows his father to grieve unnecessarily over Joseph, a man who chooses a Canaanite for his wife and a Canaanite for his best friend — all this is a cause for pause in itself. It's ironic that the very tactics used by Judah to betray his father (lying, deception), Tamar used against him.

Through Tamar's manipulation of Judah, she became pregnant with twins. Perez, one of her sons, is listed in the genealogy of Jesus. In the middle of the Bible is this one tiny story that impacts all of our salvation. The legal bloodline of the Messiah could have ended with Judah if this baby is not born. Do you see the scarlet thread of redemption woven throughout Tamar’s life? This story gave me such deep confidence in God's character because in the middle of impossible circumstances He kept His promise in a way human beings would never have determined. Out of ashes comes indescribable beauty. I applied that character trait of God's to my own shattered heart. God promised "joy in the morning." How could God keep this promise and give me joy again in the darkness of grief?  Tamar's story led me to conclude I could trust that same God who brought a baby out of a dark, sinful, horrific relationship to deliver His promised Messiah, could also bring joy back into my dark, broken world. God keeps His promises.

Your Kids Should Understand the Gospel Message
Chuck F. Betters

God Is Building the Story of Our Lives
Chuck F. Betters

Terminal Illness: Living With Hope and Terminal Cancer
Chuck F. Betters
Follow Us
Grow Daily with Unlimited Content
Uninterrupted Ad-Free Experience
Watch a Christian or Family Movie Every Month for Free
Early and Exclusive Access to Christian Resources
Feel the Heart of Worship with Weekly Worship Radio
Become a Member
No Thanks