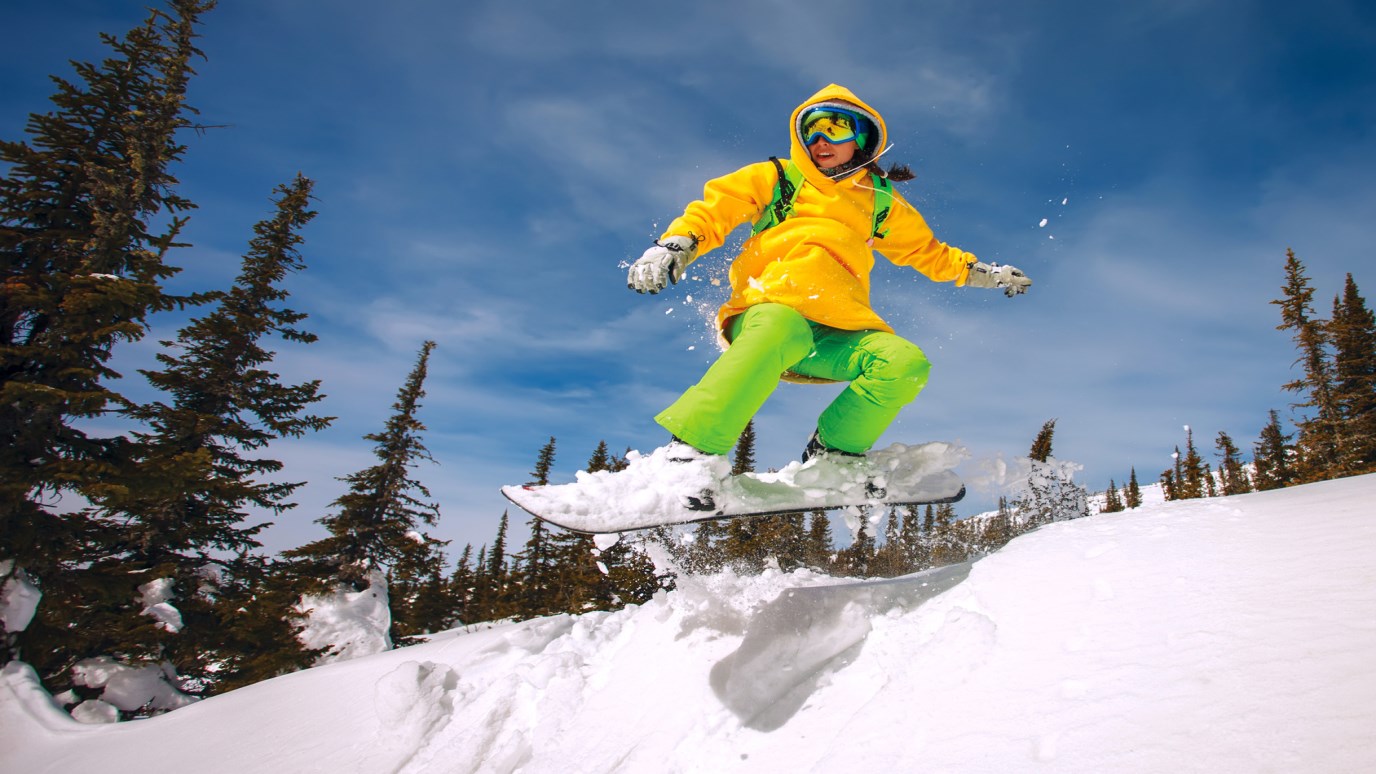 Olympic gold medalist Kelly Clark shares how her relationship with Christ has given her the freedom to fully enjoy her profession... and her life.

When I was 18, I found myself in a place where I had accomplished everything that was in my heart to do. I had money, I had fame, I had an Olympic gold medal, I had won every major snowboarding event I had ever dreamed of winning when I was a kid. And I had poured everything I have into snowboarding.

I went to a snowboarding event and from the outside perspective my life was picture-perfect and together. I was doing well in the contest and I qualified for finals that afternoon. But at the bottom of the pipe this girl had come down and she had fallen both runs and was crying. I was half-paying attention to her conversation and her friend was trying to make her laugh and said, “Hey, it’s all right, God still loves you.” There was just something about that comment that caught my attention that I couldn’t shake. I couldn’t deny that it stirred something up in me. So I ran back to my hotel room and I thought: “There has got to be a Bible in the hotel room…there are always Bibles in hotel rooms, right? As I started looking at the Bible, I realized that I don’t know where to look or where to start. There is something getting stirred up inside of me and I don’t know what to do.

I found out that that girl who made the comment was staying in my hotel. I knocked on her door and said, “Hey, my name’s Kelly and I think you might be a Christian and I think you need to tell me about God.”

And so I spent the next four months thinking, “Ok God, if You’re real, reveal Yourself to me.” I got to the end of my season and I asked myself a few questions like, “Could I ever wake up another day and not think about God?” And the answer was “no” because I was thinking about Him every day and He was real and in my life. And [another question I asked was]: “Could I ever run the other way and pretend He didn’t exist?” That answer was also “no.” And so I came to a conclusion and said, “Alright, Jesus, come and live life with me.”

That was a huge shifting point for me where my snowboarding became this amazing expression and fun thing, rather than this thing that I had to do. It became this thing that I was made to do and I could actually enjoy, and there was so much freedom in it because I wasn’t doing it to prove to people who I was. Through my relationship with God I learned who I was, and was comfortable in who I was. But I’ll tell you, I’ve never had more fun snowboarding, and I’ve never been more free.

Freedom: 100% Mental
Karl Benzio, MD
Follow Us
Grow Daily with Unlimited Content
Uninterrupted Ad-Free Experience
Watch a Christian or Family Movie Every Month for Free
Early and Exclusive Access to Christian Resources
Feel the Heart of Worship with Weekly Worship Radio
Become a Member
No Thanks