I Ran, She Won 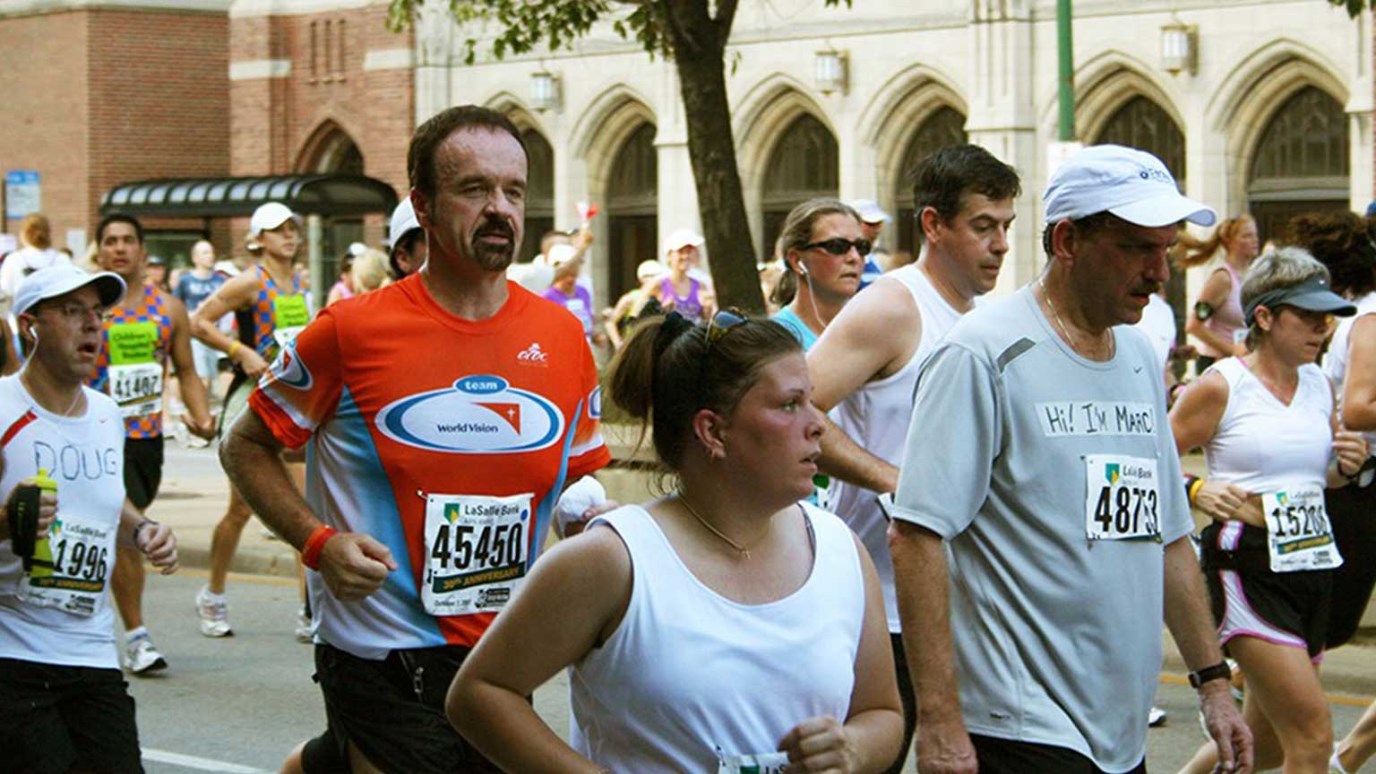 When Keith Stewart, senior pastor at Springcreek Church in Garland, Texas, decided to run a marathon, he thought it was to bless his sponsored child. But he learned more in the process.

The very nature of the kingdom of God is paradoxical, running counter to popular opinion. Paradoxes are the polar opposite of the way we think, and the Bible is filled with examples:

“To find our life, we must lose it.
There is strength in weakness.
We die, so that we might live.
The rich are poor, and the poor are rich.
Power and influence don’t reside in the center, but in the margins.”

But do we live these truths? One man did, and his name was Bob Pierce, World Vision’s founder. Bob believed that the kingdom of God could be advanced through the smallest, weakest, and most vulnerable among us. He saw, through kingdom eyes, the potential of orphaned children to transform the world.

I know from personal experience just how transformational a relationship with the so-called “weak” can be. For the last seven years, I have been “sponsor Dad” to Caroline in Kenya. This experience has taught me so much. I thought I was supposed to bless her. Turns out, what has come back to me has been exponentially more than I have given.

I get so much joy in reading her letters and watching her grow. I’m deeply touched every time she dares to confide in me her hopes and dreams. But without a doubt, the single greatest consolation I have is in knowing that Caroline prays for me. Undoubtedly, my life is blessed because she has blessed me to God.

So when I was asked to run a marathon that would benefit her and her community, there was no question what I would do. The thought of Caroline has kept me motivated through long runs, sore muscles, and the impulse to give up. I don’t particularly enjoy running—especially not 26.2 miles. But I run for love of Caroline.

Caroline lives in southwest Kenya, in the nation’s poorest province. Her community has battled malaria, HIV, dysentery, and more for years. Even though disease and death are commonplace, every time I have looked into her eyes, I see hope.

I run because, in her part of the world, water is neither abundant nor pure. It seems unimaginable, but people today are still dying from lack of clean drinking water. Caroline’s community is awash in desperate poverty. Apart from the intervention of others, hope of a better tomorrow remains just that: a hope, but not a reality. I run to make her hope a lasting reality.

Jesus once said, “The last will be first, and the first will be last” (Matthew 20:16). In the paradox that is the kingdom of God, first and last as we know them are reversed. Those we assume are at the head of the line are actually closer to the end, and those we place last are really first.

In light of this, I confess that as tremendous as it feels to complete a marathon and receive a finisher’s medal, nothing compares with the deep sense of soul satisfaction I felt when I gave those medals to my Caroline. She deserved them much more than I did because even though I ran, she won.

While society applauds the winners, God remembers the “also-rans.” The “last” and the “least” have a special place in the heart of God, and that is first place.

So this little girl in a forgotten village tucked on the backside of nowhere is the real winner. She is of first importance to God. The question is, do we live in such a way that Caroline and her many brothers and sisters around the world get first place with us?