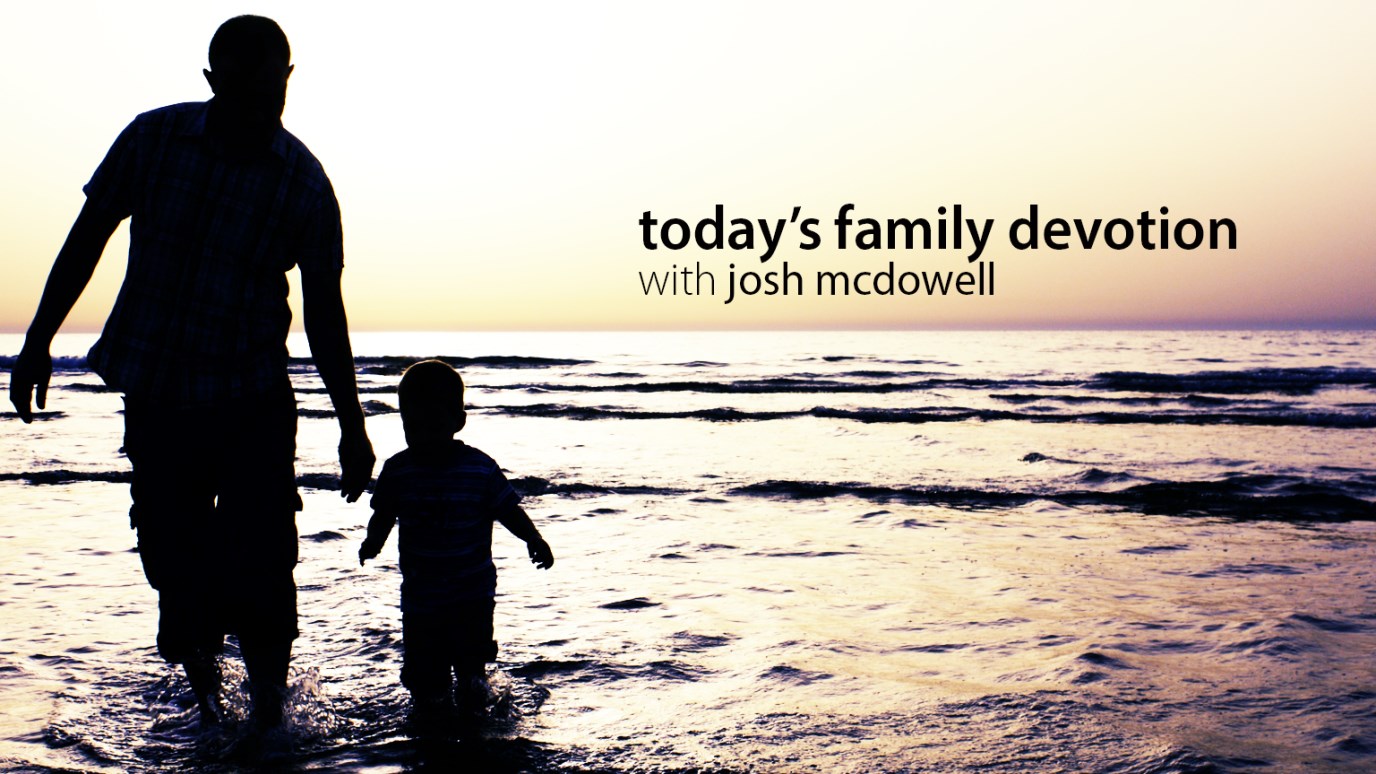 Josh McDowell shares a story about adoption to show what happens when God makes us His children.

All who are led by the Spirit of God are children of God (Romans 8:14).

Amanda had never met her father. He had left her mother before she was born.

Life with mom was more than okay, and for a long time Amanda didn’t worry about not having a dad. Then Scott came along. He started dating Amanda’s mom when Amanda was twelve. Now she was fourteen, and the couple had been married for two months. Amanda loved Scott like the dad she never had. She had always thought it was too big of a wish to ask God for a father, but God had given her one. And Scott was incredible. He was kind, fun, and very close to God.

Still, a dark fear lurked in a back corner of Amanda’s brain. She worried that one day Scott would leave her too. Why wouldn’t he? Her real dad had left. Nothing forced Scott to take any fatherly responsibility for Amanda. He could leave when­ever he wanted, and she couldn’t do anything to stop him.

Then one day Scott and Amanda’s mom took Amanda out for dinner and told her something they had decided even before they were married. They said it was im­portant to them that Scott legally adopt Amanda. The thought both terrified and ex­cited her. If he went through with it, he would be her legal father. She would finally have a real dad. But what if he backed out?

Day after day Amanda awaited news that her adoption was final and official. One day she came home from school and spotted Scott’s car in the driveway, earlier than usual. When Amanda walked in the door, Scott and mom were waiting. Scott stood. “The adoption papers came through today, Amanda,” he said. Tears filled his eyes. “I’m your daddy now.”

Amanda dove toward him with a gigantic hug. “Thank you for choosing me,” she said through her own tears. “Thank you, thank you . . . Daddy.”

Scott took a one-of-a-kind step to demonstrate his love for Amanda and his de­sire to be her father, making their relationship official through adoption. When God makes us his children, he does the same thing. He adopts us. He makes our family re­lationship with him permanent. We are forever his sons and daughters.

If you’ve accepted Jesus as your Savior, you’re part of God’s family. You don’t ever have to worry when it comes to your relationship with your heavenly Father. He will never leave you. The adoption papers have come through. He’s your daddy.

TALK: How do you feel knowing that God has permanently adopted you into his family?

ACT: Share with a friend how cool it is to be adopted into God’s family.