I'm Worried About My Child's Future 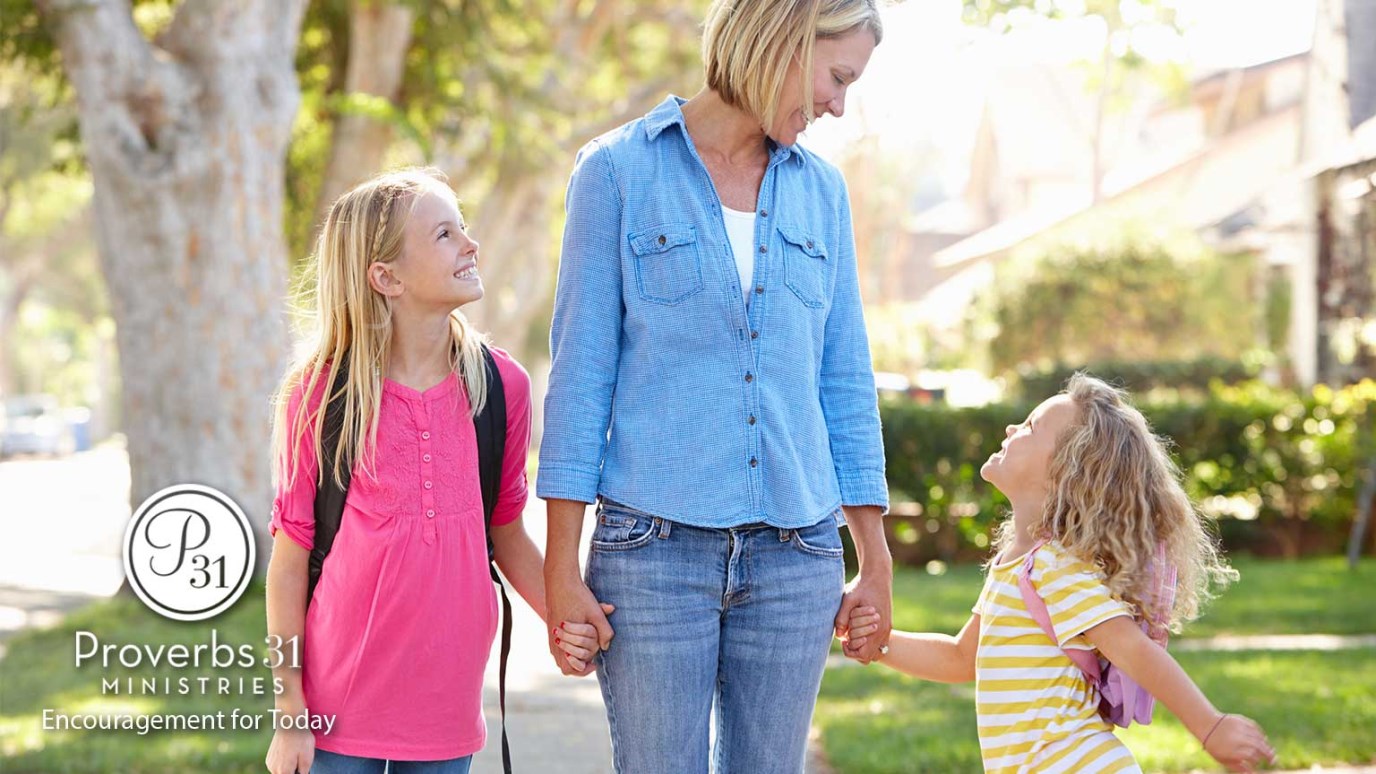 It's your job to guide your children, but worldly success shouldn't be your ultimate goal.

We can make our plans, but the LORD determines our steps." Proverbs 16:9 (NLT)

Have you ever felt pressured to ensure your child's success in school because you thought it meant success in life?

A couple of years ago I overheard my daughter Hope telling a friend she was glad I didn't get all worked up over grades. Not trying to be nosy but totally wanting to be nosy, I kept listening.

She explained that she and her siblings were expected to do their best, but in the end, as long as they worked hard, my husband Art and I were okay with whatever grade they received.

For the most part, that's right.

This hasn't always been the case. When Hope started kindergarten, I felt compelled to help her succeed. I felt enormous pressure because I believed success in school meant success in life, and I wanted to set my child up for success.

She was a bright and articulate child. But all through kindergarten, she couldn't read.

Then came first grade. All of the other kids in her class were reading with ease. Not my daughter. I panicked. I had her tested. I worried constantly that I must be doing something wrong as her mother.

In the end, it was a readiness issue. When she was ready, she starting reading.

Then along came my next child, who was reading at 4 years old. Finally I'd done something right, I reasoned.

But then child number three came along, and she was my slowest reader yet.

Through all of this, God started to untangle the misperception that success in school determines success in life, and as a parent, it is up to me to push, plead, demand and determine my child's future.

Slowly, I realized God has a plan for each of my kids. As long as I'm depending on the Lord to guide me as a parent, nothing I do or don't do will mess up their futures. I'm reassured of this with our key verse, Proverbs 16:9, "We can make our plans, but the LORD determines our steps."

As their parent, it's my job to guide them, but worldly success shouldn't be the ultimate goal. My guiding should focus on leading them into a relationship with God, where He'll make their path straight, no matter what their grades are.

This revelation has provided such freedom.

I can celebrate when one of my kids excels in a subject, trusting that particular success is needed for whatever God intends for them in life. If, however, a child struggles and can't grasp a certain subject — well, that's also part of God's direction.

Of course, working hard, doing your best and being a conscientious student is important. But in our home, grades are not the ultimate determination of success.

This child may never make marks in school that the world esteems, but giving her freedom to excel as God has designed her is already paying off. She has an eternal perspective that's more valuable for her future than any academic accolades.

I'm convinced her struggles in school are actually God's way of keeping her on the path He's had for her since she was conceived. Hope was conceived only four months into our very rough start of a marriage. Art and I were two broken sinners thrust into the responsibility of trying to raise a child.

The day Hope was born I saw God like never before. His tender grace was handed to me wrapped in a pink blanket with eyes so wide, so blue, they were a sea of forgiveness forever staring back at me.

I'd never physically touched God until that day. And maybe for the first time in my entire life, His hope rushed inside of me and started rearranging and redeeming my brokenness.

We named her Hope.

Now, we won't talk about the conversations I had with God when His Hope kept me up in the middle of the night for months after that. And we will save the story of how His Hope has always felt it was beneath her to be the child, and she would put her hands on her toddler hips and tell me not to boss her.

We'll save those stories for another day.

But I'll never forget an e-mail I got from His Hope while she was on a mission trip. Hope was walking the broken roads of Ethiopia navigating poverty her mind couldn't quite process. She bumped into sheep and a woman whose house was made of cardboard and ripped bed sheets.

Hope's steps were steady, though her heart felt shaky as she loved on 30 kids dying of AIDS in a forgotten orphanage on the forgotten outskirts of town.

She wrote to say, "Mom, I've fallen in love. The kids rushed at me when I walked in and I tried to hold all 30 of them at one time."

From a broken mama. Into a broken world. His Hope is still going forth like only His Hope can.

All that to say, yeah — I don't get all worked up over grades anymore. Trusting God's plan is the only secret I know in the gentle art of not freaking out.

Dear Lord, thank You for Your truth that says You determine our steps. Help me to remember that when I'm anxious over my child's future. In Jesus' Name, Amen.

REFLECT AND RESPOND:
What things are you worried about for your child? Write them down and then ask God to orchestrate every detail that concerns you.

The Currency of Courage
Rodney Sampson