I Hereby Declare: I Believe the Bible! 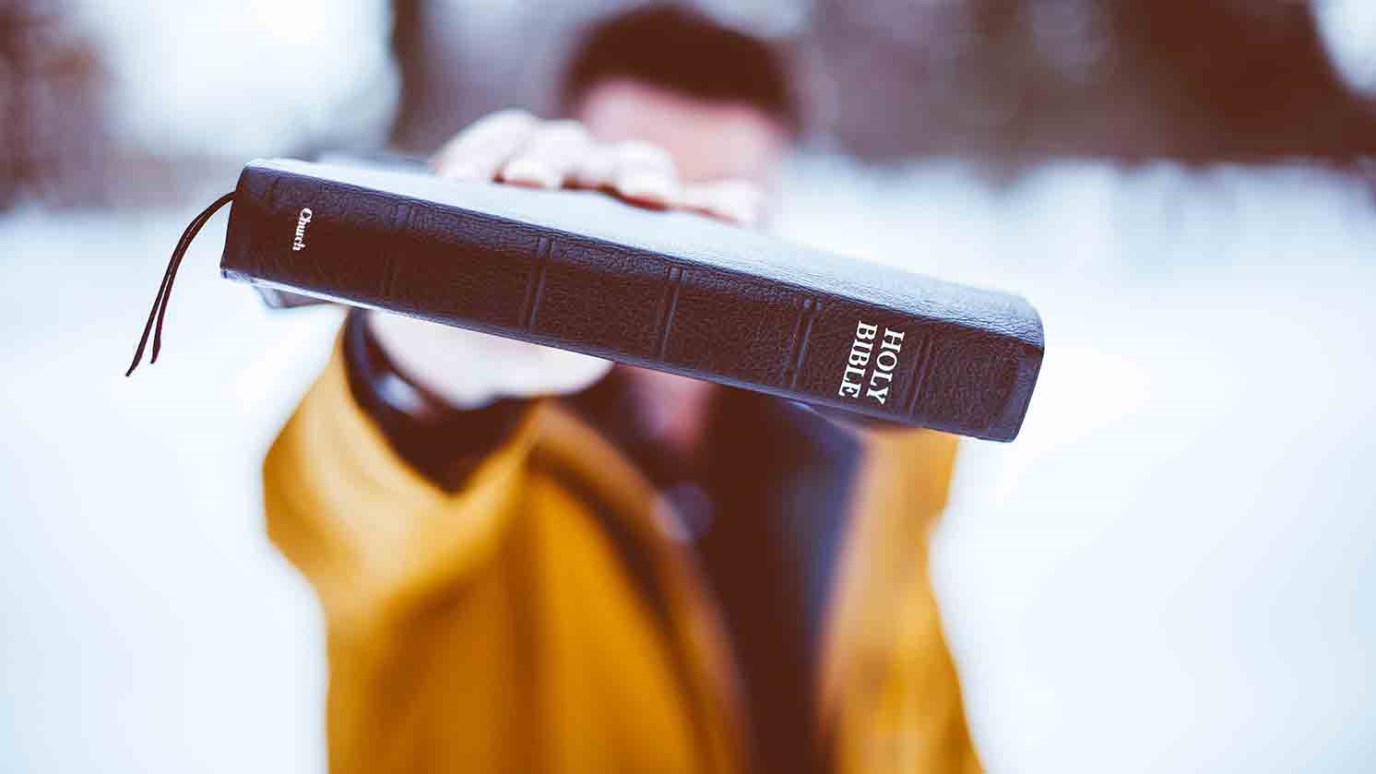 I have found, by both reason and revelation, that God is truth, that God has revealed himself and his truth by breathing his very thoughts and words through the spirits of men.

On March 5 of 1995, on a school bus headed to Louisville, Kentucky, I made a decision that would impact the rest of my life. I had sensed for some time that God was calling me to be a Pastor, and I decided that day to set aside every other professional ambition and to pursue that calling.

God had used two written influences, in particular, to solidify his calling in my heart and mind. One was Jeremiah 1:10.

Before I formed you in the womb I knew you; Before you were born I sanctified you; I ordained you a prophet to the nations. – Jeremiah 1:5 NKJV

I know that those words were intended for a prophet who lived 2,700 years ago, but the Holy Spirit used them to speak to my soul about his assignment for me. The second influence was a book called Standing On the Promises, the autobiography of Dr. W. A. Criswell, long-time pastor of the First Baptist Church in Dallas, Texas. My pastor and future father-in-law, Danny Kirk, had loaned me his copy. I wasn’t a reader until that point, but I devoured the book on that bus ride.

While God certainly used Dr. Criswell’s story to influence me to give my life to vocational ministry, there was something else. In my immature, primitive understanding of Christian theology, I made another decision that day that would also establish the course of the rest of my life. I made the decision to trust the Bible as the inerrant, infallible Word of God, following the example passionately communicated by Dr. Criswell.

I’ve encountered about every question that modern people ask about the inspiration of Scripture. I’m not afraid of those questions. I don’t fear the doubts, the arguments, or even the insinuation that God’s Word isn’t what I’ve thought it to be. And here is why…

I have found, by both reason and revelation, that God is truth, that God has revealed himself and his truth by breathing his very thoughts and words through the spirits of men, carried along and protected from error by the Holy Spirit. I have watched God’s Word be used by the Holy Spirit to convict people of the reality of sin, to convince people of the truth of the gospel, and to convert hearts from faithless to believing. I’ve watched people be born again, renewed by the washing of the water of the Word.

Much has changed about me, as a pastor. I used to wear suits, ties, and cuff links and preach from a big black leather King James Verion of the Bible. Now, I generally preach in jeans, an untucked shirt, and read the New Living Translation from an Ipad screen. But the source of the message I share on Sunday has never changed, in all of these years.

I have declared before while preaching and will declare again here in writing, that if the Bible isn’t the inspired, inerrant, infallible Word of God, I would walk away from pastoral ministry forever. But I’m convinced. I’m so convinced that I’ve staked my entire life and ministry on it. I’m raising my children to believe the Bible as God’s word to us. And every single time I open the word to prepare another message, I tremble a little at the responsibility before me – to rightly divide the word of truth.

As the Scriptures declare of themselves,

All Scripture is given by inspiration of God, and is profitable for doctrine, for reproof, for correction, for instruction in righteousness, that the man of God may be complete, thoroughly equipped for every good work. – II Timothy 3:16-17 NKJV

And as the great apostle continued…

I charge you therefore before God and the Lord Jesus Christ, who will judge the living and the dead at His appearing and His kingdom: Preach the word! Be ready in season and out of season. Convince, rebuke, exhort, with all longsuffering and teaching. – II Timothy 4:1-2 NKJV

I celebrate the creativity with which modern leaders are communicating the gospel to a post-Christian culture. I advocate for innovation in our methods and practices. But while practices change constantly, principles never do. And this principle has been and will forever be the bedrock foundation of all true and effective Christian ministry: God’s Word, the Bible, is truth that can be trusted completely. I’ve personally signed and affirmed The Chicago Statement on Biblical Inerrancy and would urge you to prayerfully consider doing the same. You will never go wrong trusting the Bible as the Word of the One who has all power and authority and is moving history to its grand, redemptive conclusion. I declare: I believe the Bible!

You Belong to Him
Greg Laurie

The Message of the Cross
Dr. Charles Stanley
Follow Us
Grow Daily with Unlimited Content
Uninterrupted Ad-Free Experience
Watch a Christian or Family Movie Every Month for Free
Early and Exclusive Access to Christian Resources
Feel the Heart of Worship with Weekly Worship Radio
Become a Member
No Thanks