I Had a Fight with My BFF 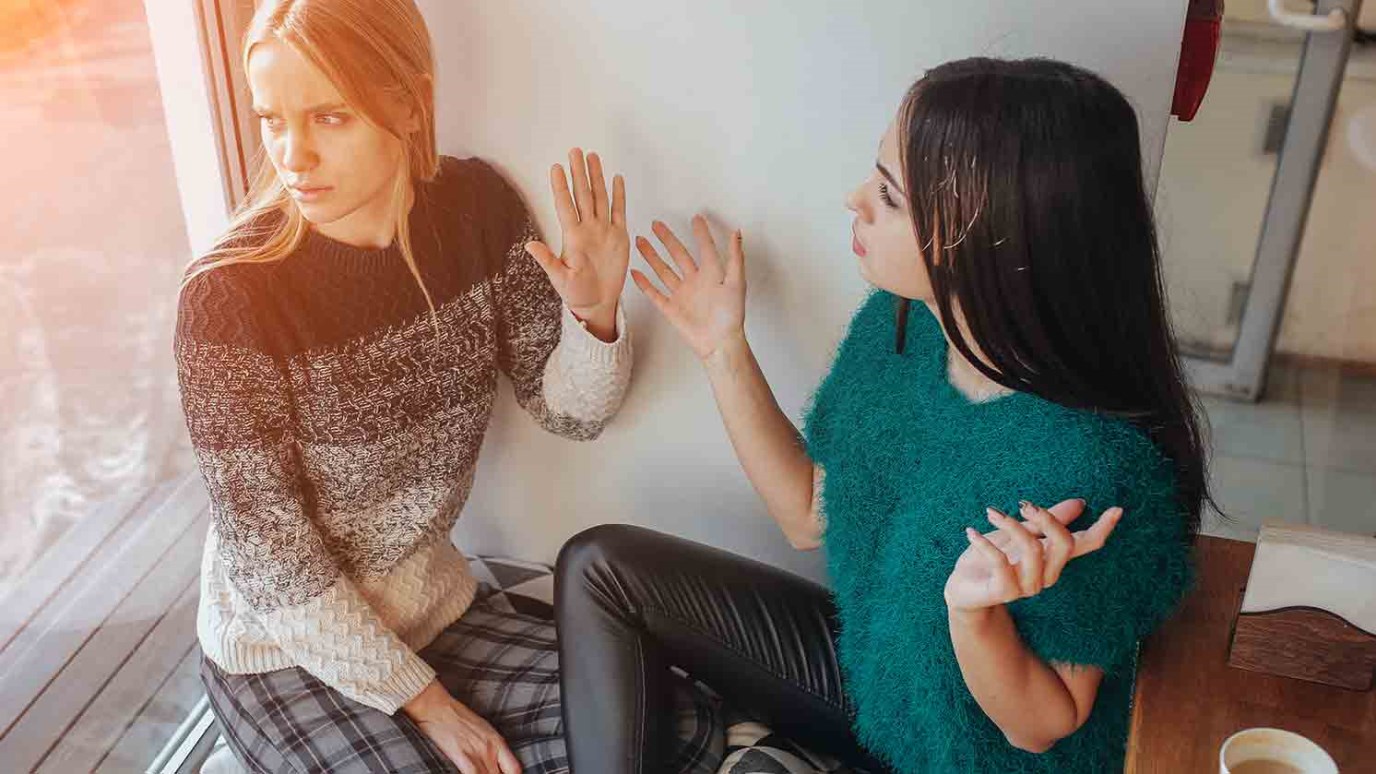 In the 20th Anniversary Edition of The Friendships of Women, lovely Priscilla Evans Shirer wrote the Forward, vulnerably telling about a fight she had with a dear friend, and how the principles in The Friendships of Women helped them heal. It’s a great story that I hope you’ll read if you have the book. She hurt her friend and could tell something was wrong by her friend’s demeanor at church. I love this sentence from Priscilla: “I was shocked to find out that her problem…was me.”

That’s what we don’t want to find out! But it is a sign of godliness to want to see our sin and root it out.

I too had a fight with one of my closest friends smack in the middle of writing The Friendships of Women. We had just had a discussion on the RIGHT way to raise children. We became angry and said things we would both regret. When she left (in tears) I went to my husband Steve and he said these piercing words:

“Dee—I have heard you say that 'When there is trouble in a horizontal relationship, there is almost always trouble in the vertical relationship with God’—have you gotten alone with the Lord and let Him search you?” (This story too is in The Friendships of Women, in the chapter on Unfailing Love—in the 20th Anniversary Edition with the chocolate cover, beginning on p. 166.)

One of the beautiful things about friendship, especially the friendship of those who know the Lord, is that we can help each other find strength in God. I was trying to think of someone who repented well to another person, not just someone who repented to God—and I couldn’t. Let's look at the younger son in the story of The Prodigal Sons.

I must give credit to Tim Keller’s The Prodigal God for extra insight into this parable. So often we think it is just about the younger son, but the point of the parable really centered on the older son, and the contrast between the brothers. If you think you know this parable, you may be surprised. I know I was. In fact, two of my closest friends and I get together yearly and always discuss a book—we all voted for The Prodigal God because it is such a paradigm changer. I know we’ll be at least two weeks on this parable.

Let’s start! The way this works is through a Bible study that will help you discover the answers yourself. You can do it all at once or a little at a time. You can jump in and out of this study of how to bring healing to our horizontal relationships and why it matters so much to God.

Icebreaker: Comment on this sentence: “When there is a problem in a horizontal relationship, there is almost always a problem in the vertical relationship with God.” Have you found that to be true in your own life? Would you be willing to vulnerably share a time when sin in yourself caused you to hurt a friend?

Read all of Luke 15 as an overview.

Luke 15 has three parables of “lost things,” culminating in the story of the prodigal sons. As an overview:

Challenge Question: Can you find any evidence in Scripture that the Pharisees didn’t really care about God but only about their reputation as religious leaders?

Our motivation in bringing healing to a relationship is important. If we care only about losing a friend, but not really about our own heart, our own sin, we will never see healing occur in the relationship. Our only hope for healing is to come prostrate before God, let Him search our hearts, and repent, truly. This is what the younger son does, but the older son WILL NOT. So the older son is estranged, not only from the father, but also, consequently, from his brother.

Background: It is important to know that 2/3 of the property went to the firstborn, and the rest was divided between other sons. Keller points out the reason. If the father died, the firstborn was to care for his siblings—stepping into the role of the father. Because there were only two sons, the younger son would get 1/3 of the inheritance, and the father would have to sell much of the estate to give it to him. The younger son was really saying, “I wish you were dead. I don’t want to wait. Give it to me now.” Keller also points out that the point of this parable is not to learn something about parenting (that will really lead you astray) but to learn about what a real loving relationship looks like between us and God and then, consequently, us as brothers and sisters. Do we love God for Himself or only for what He can give us? It’s only when we love God for Himself and care about being clean before Him that we will also see harmony in our horizontal relationships.

In the story Priscilla vulnerably tells in the Foreword of The Friendships of Women, when she asked her friend to be brutally honest with her, her friend told her that for twenty years she felt she was giving, willing to be inconvenienced for the friendship—but Priscilla was not. Tears fell as she expressed her pain. How did Priscilla respond? Remarkably. She even went to other friends and asked if they too saw what this friend had seen. They did. Like the younger son, “Priscilla came to her senses.” realized her sin, and truly repented. (You see why I love Priscilla?)

So often women write me and want a friendship saved, but they are not willing to do the painful work Priscilla did. They want the horizontal relationship to be fixed without fixing their vertical relationship.

Spend time before the Lord, allowing Him to search your heart. Ask Him, “How is it between us?” Then listen. If you have a problem in a horizontal relationship, ask Him about that too.

What will you remember from this study and why?

Is there any action you should take?