I am the Light of the World: Part Two 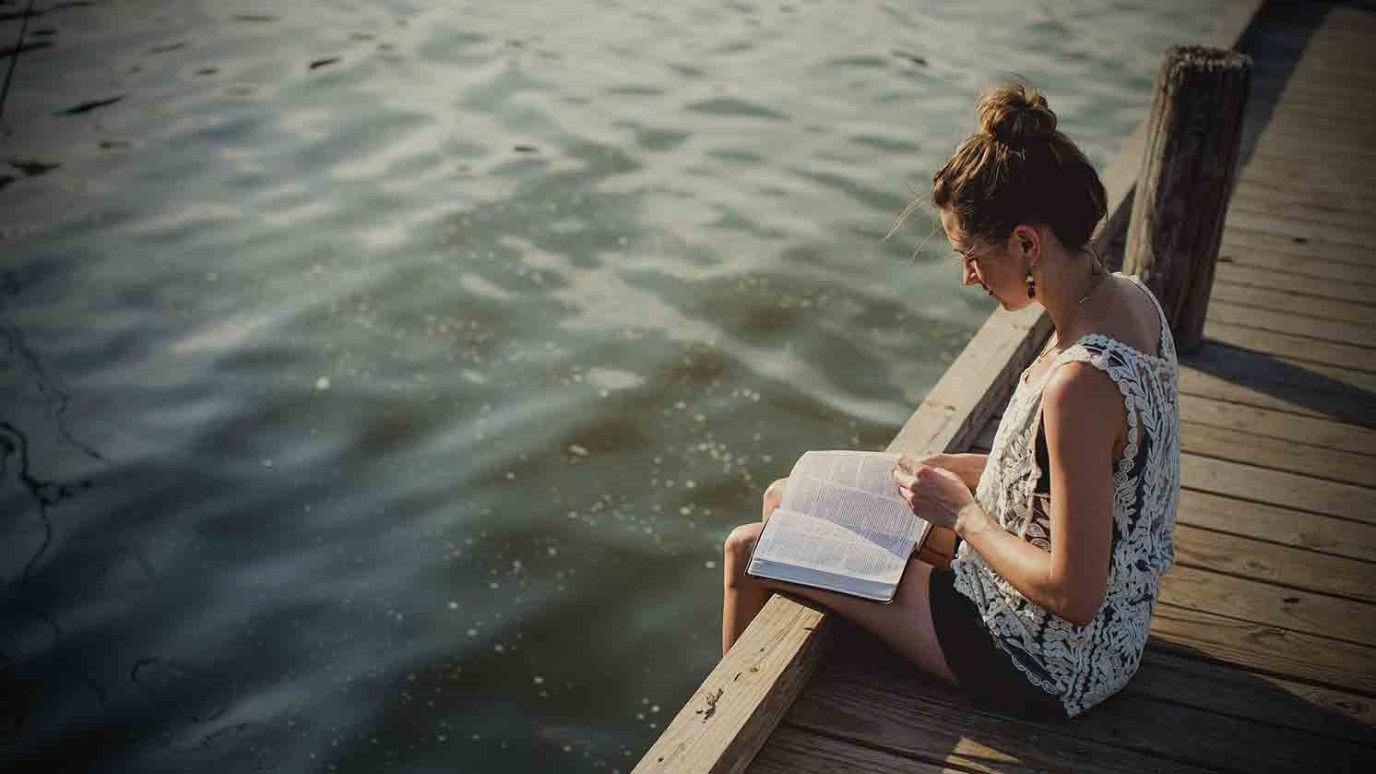 Dr. Donald Barnhouse delivers a bible study on one of the most dramatic and significant confrontations: Jesus speaking to a woman in the act of adultery.

There was a law back in the time of Moses that anyone taken in adultery be stoned to death. This was God's law, but little by little, because of the hardness of men's hearts, it had been allowed to go unnoticed. In fact, it probably had not been enforced for the last 1,000 years before the time of Christ. Even though the law was there, they just didn't practice it. But one of these men had studied law and knew about it.

So they said, "Suppose we get a woman in the act of adultery." I don't know which of them had a telephone number or knew where to go. Certainly at least one of them had the right information, because they were able, on a few hours' notice, to find just the kind of person they wanted.

And now the stage was set for this most dramatic and deeply significant confrontation. Early the next morning, Jesus came again into the Temple. All the people came to Him and He sat down to teach them. You can see such a picture today in the mosques of the Arab world, and in some of the synagogues of the Jews. In many places of the world, it's the religious custom for people to go for prayer as the sun rises. Since it was the custom among the Israelites, Jesus went there, and sat down and taught them. You see the eagerness of Jesus to teach the people, no matter where He was.

Now, get this scene. The sun is rising. It is just getting light outside. Jesus is seated, teaching a group of people squatted on the floor in front of Him, when all of a sudden, there is a commotion outside-the sound of rowdy men, shouting, pushing, forcing their way through the crowds. Jesus stops talking and everybody turns around to look at the door. Then come these Pharisees, dragging with them-a woman! Perhaps her veil has been allowed to fall down and everyone can tell what kind of woman she is-a woman taken in adultery! They have brought her, not because they hate adultery, not because they want to uphold Moses' law; not because they love righteousness, but because they hate Christ. They'll stoop so low that they are willing to take a poor woman and use her as a club to strike Christ with.

"And the scribes and Pharisees brought unto him a woman taken in adultery; and when they had set her in the midst, they say unto him, Master," (note the name they gave Him-not Lord, but Master) "this woman was taken in adultery, in the very act. Now Moses in the law commanded us that such should be stoned: but what sayest thou?" (John 8:35).

Well, what do you say? If He says, "Yes, stone her," they could turn around to the crowd and say, "Ha, ha, ha! This is your Messiah who says, `Come unto Me all ye that labor, and are heavy laden and I will give you rest.' Come unto Him and He will really give you a stone and kill you! This man who talks about the meek and lowly says to stone a poor woman like this?" Had the crowd been given that idea, they would have immediately become defenders of this woman.

But if He says, "No, don't stone her," well, they have their plan. They had said, "Here's what we'll do. We will have some of our servants there holding nice cobblestones behind their backs and the minute He says, `No, don't stone her,' we'll yell, `Oh, He's against the law of Moses. He ought to be killed!' Somebody will throw the first stone, and we'll be rid of Him. Then we'll say to everybody, Well, after all, He told us not to keep the law of Moses. What could we do? If a man right in the Temple of God tells us not to keep the law of Moses, we must be faithful to God and kill Him.' So we've got Him. Heads, I win, tails you lose. Let's go boys!" And that was their attitude.

"But Jesus stooped down, and with his finger wrote on the ground, as though he heard them not." Now, if you take a good concordance and look up the word finger, you will discover that three times the finger of God did some writing. The first time, the finger of God wrote the Ten Commandments on tablets of stone which were given to Moses. The second time, we read that in the feast of Belshazzar there came a finger of God in the form of a man's hand. It wrote on the wall, "Mene, Mene, Tekel, Parsin"-you have been weighed in the balances and found wanting. Judgment!

Now what does the finger of God write this day? In the first place, it's as though Jesus said, "Will you remind Me of the Law? I wrote the Law." Jesus is Jehovah. It was He who gave the Ten Commandments. I am convinced that when Jesus stooped over and wrote on the ground, He wrote `Thou shalt not commit adultery," or 'The wages of sin is death." Or some other condemning words justifying God and pointing out the great fact that sin is sin and it must be dealt with.

They kept saying to Him, "Master, Master, what do you say? What do you say?" He simply looked at them and said, "Well, if you want to obey Moses' Law, go right ahead. Any of you who is without sin, cast the first stone." And all who heard it, being convicted by their own conscience, went out one by one beginning with the oldest, who had the most sins to remember, to the youngest, who "hadn't even lived yet."

Now, suppose Mr. Pharisee had come forth and said, "I am without sin." Everybody would have known better and just laughed at Him. Jesus is simply reminding us that they had all sinned and we have all sinned.

"And Jesus was left alone and the woman standing in the midst" of the congregation. Remember that this was an interruption in the middle of the sermon and those whom He had been teaching were watching all this. "And again, he stooped down, and wrote on the ground." What do you think He wrote the second time? I think He must have written something like, `The Lord has laid on Him the iniquities of us all," or "It pleased Jehovah to bruise Him; He hath put Him to grief," or "When thou shalt make His soul an offering for sin, He shall see the travail of His soul and shall be satisfied." (See Isa. 53:6,10,11.) "When Jesus had lifted up himself, and saw none but the woman, he said unto her, Woman, where are those thine accusers? hath no man condemned thee? She said, No man, Lord" (John 8:10-11).

What Happens When We Take God At His Word
John Bevere