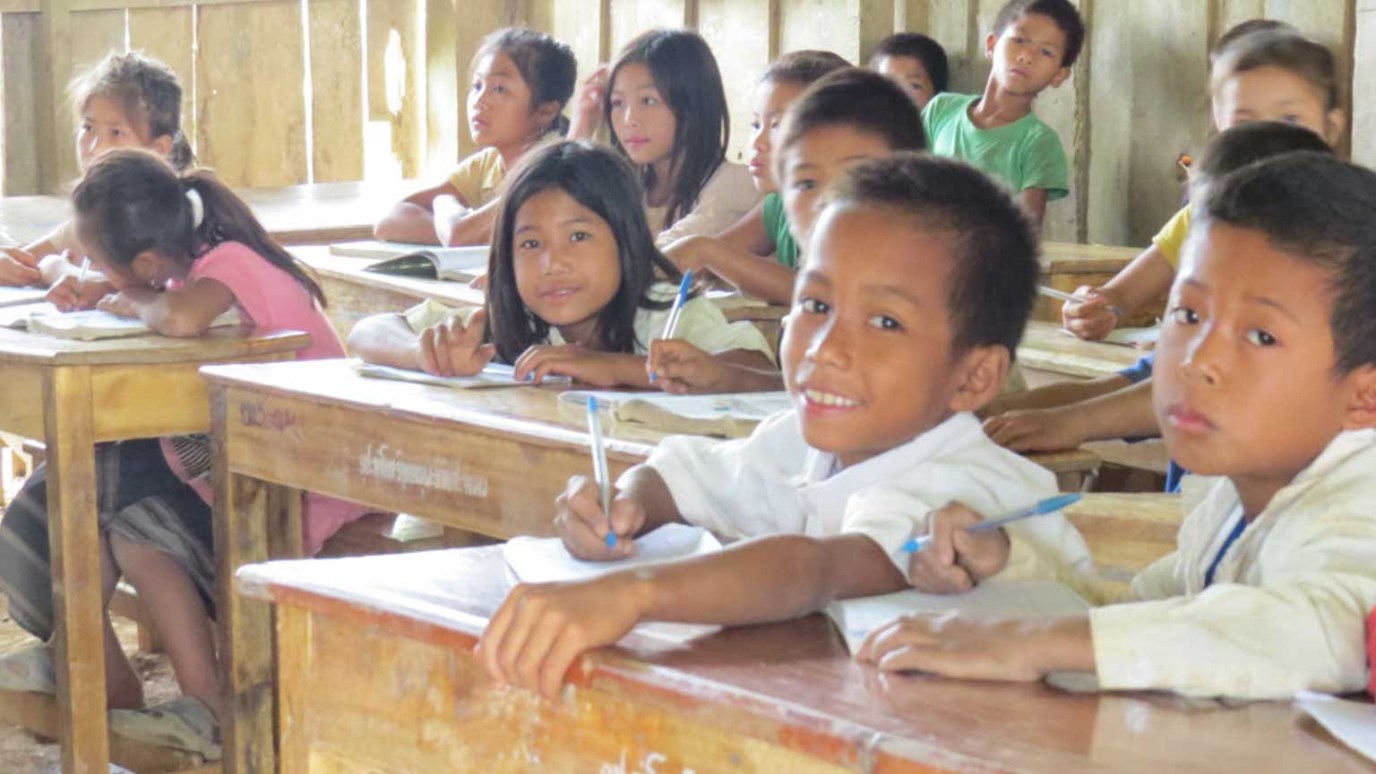 Kham, a child in Laos, is happy to be in school without worrying about hunger or lack of adequate clothing.

In the past, 11-year-old Kham couldn’t pay attention to the words his teacher was saying. There was always just one thing on the mind of this third-grader — his hunger.

There was often no food at his home, and he knew that most of his classmates faced the same problem.

Some days he and other boys spent all afternoon looking for food instead of going to school. And they still would often go to bed hungry.

A year ago, World Vision staff came to their village and helped to establish an animal fund. World Vision and local government staff trained Kham’s father and other community members in goat raising.

Immediately after the training, Kham’s father took a loan from the village animal fund and purchased four goats.  Kham’s family built up a herd of 15 goats, of which the’ve sold four. They used the money to purchase enough rice so that all five members of the family are able to eat three meals per day.

Now, when Kham goes to school, he doesn’t have to listen to his stomach growling. He is able to stay in school rather than trying to find food out in the forest.

“I want to be a teacher in the future, because I want to teach children,” says Kham.