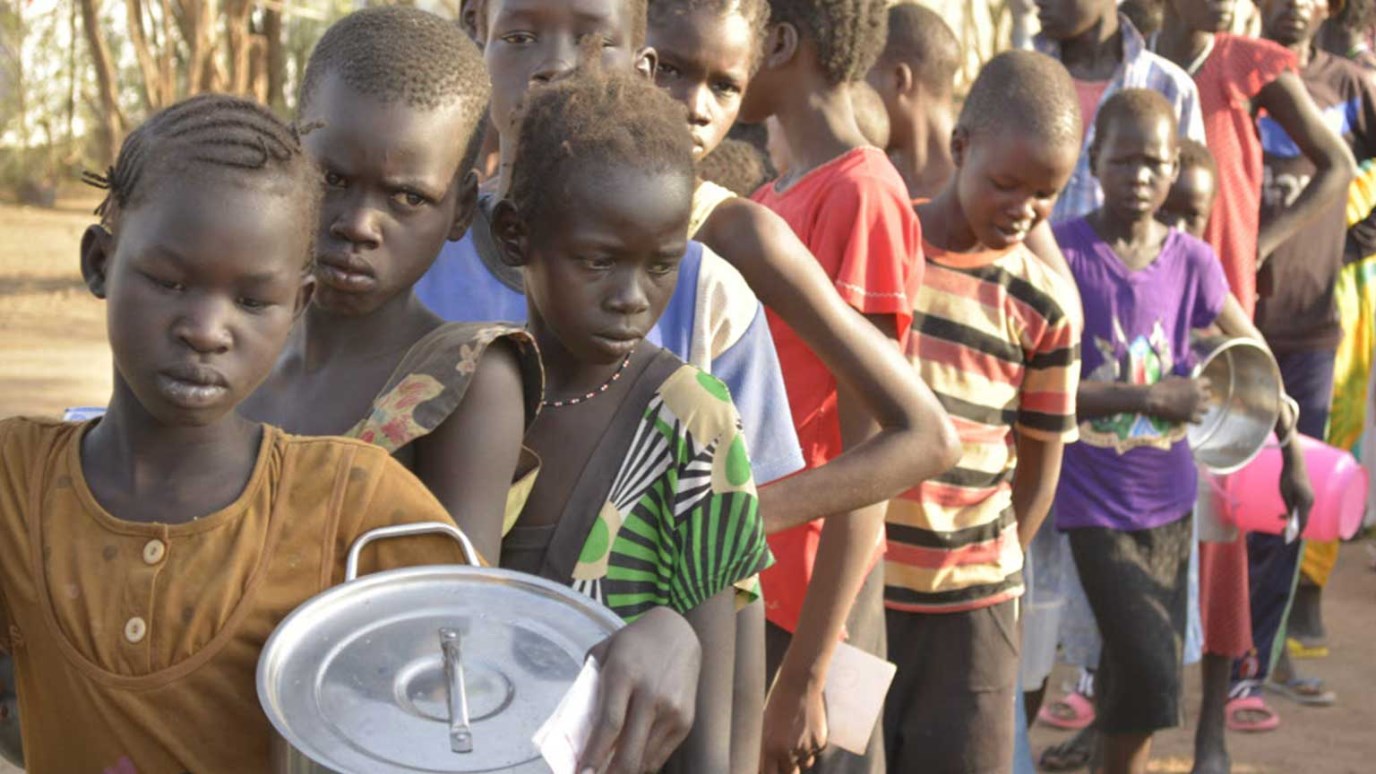 Since conflict broke out in December 2013 in South Sudan, 1.91 million people have fled their homes because of fighting. Many set up camp under the U.N.’s protection, dependent on aid from relief agencies.

Thousands of farming families missed the planting season or lost their livestock and now have no crops or income to hold them over until the next harvest. Hunger, malnutrition, and disease threaten their children’s lives.

Humanitarian agencies responding to the crisis believe as many as 2.5 million people will face severe food shortages in early 2015.