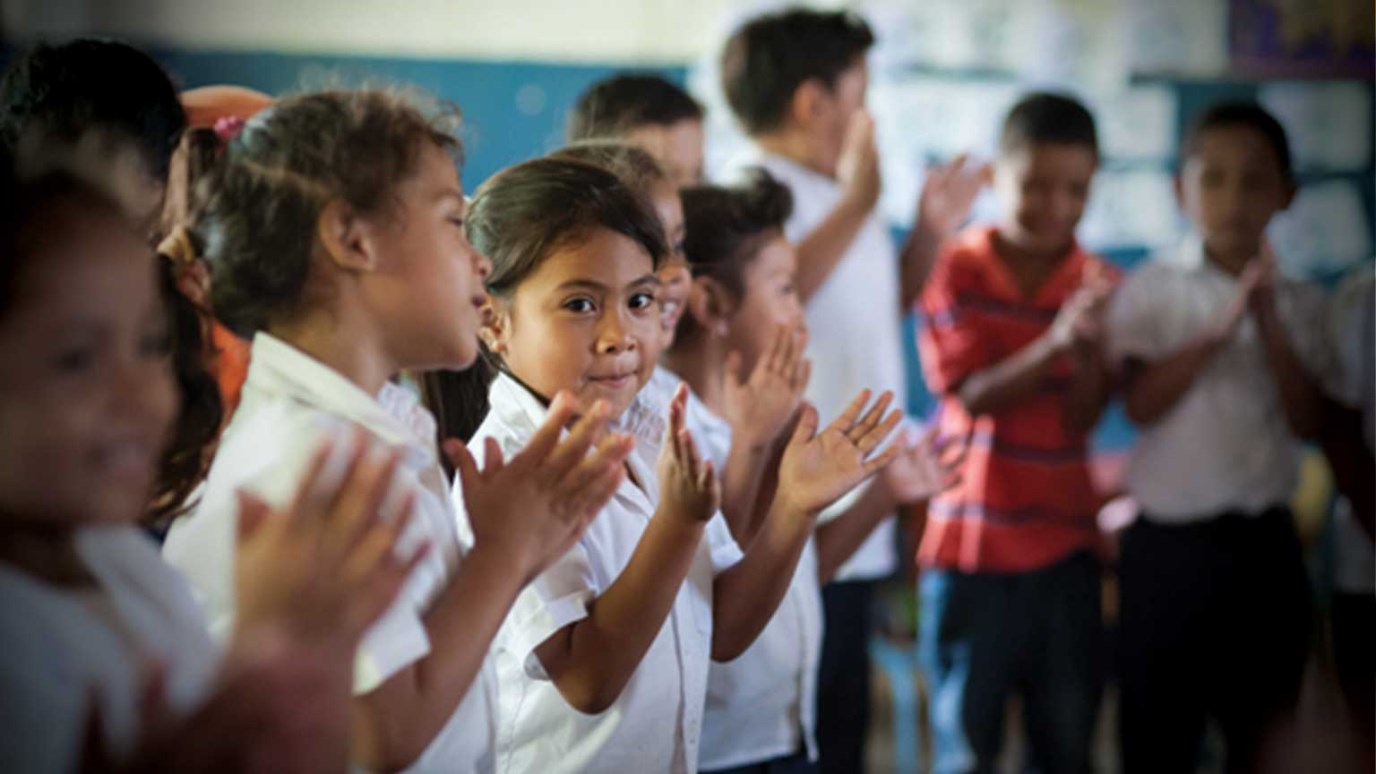 Five-year-old Dayana claps in her classroom in Nicaragua. Read how World Vision's sponsorship is helping to uproot the weeds of hunger from Dayana's family in Nicaragua.

Five-year-old Dayana in her classroom in Nicaragua.

When families struggle with hunger, many have to choose between feeding their children and sending them to school.

Read how World Vision sponsorship is helping to uproot the weeds of hunger from Dayana's family in Nicaragua.

I thought I knew hunger. I knew the statistics—1 in every 8 people worldwide does not have enough food to eat.*  I knew that people go to sleep with stomachs howling for food, that children can’t concentrate in school with empty bellies, and that people come home every day to find nothing to eat there.

I knew hunger created hopelessness. I knew hopelessness filled families and was inherited by children.

But nothing could have prepared me to look into the eyes of a hard-working man who—despite all his best efforts—couldn’t feed his family.

We traveled down long, bumpy roads in 95 degrees, 90% humidity to meet Dayana and her father, Miguel, for a visit at her school in Cocibolca, Nicaragua. Someone in the U.S. sponsored Dayana, which is what led us to visit her that day.

Dayana’s teacher glowed when she told us about how great of a student she is. Five-year-old Dayana blushed and buried her head in her father’s leg. Miguel beamed with pride and told us how smart she is and that she’s starting to learn her numbers and vowels.

As we sat together under a tree in the schoolyard, Miguel told us that he had dropped out of school after third grade. At the time, his family felt sc that he would be more useful to them working in the field. Since then, the laws have changed and now every farm in Nicaragua requires a document that verifies the completion of every worker’s primary education. This leaves Miguel without any opportunity to earn a living.

Sometimes he earns a little bit of money by working at his brother-in-law’s bread business, though it’s not nearly enough to live on and the work isn’t consistent. His brother-in-law is an alcoholic and when he drinks, he doesn’t work, and so neither can Miguel. When times are especially hard, he crosses the border to Costa Rica to work on sugar cane farms for 2-3 months at a time and sends what money he can back to his family.

As I looked into Miguel’s eyes, they were welling with tears. “Sometimes it’s not enough to buy even food for a day … It’s hard for me that I cannot provide enough for them,” he says. Dayana is sitting on his lap and looks up at her daddy. She may be young, but she’s old enough to know the look of devastation on her father’s face.

I couldn’t help but wonder what you do when someone else determines the circumstances of your life—a parent who didn’t see your education as important or a brother-in-law who drinks while you starve.

I started to see the tangled roots of hunger, like a weed, sink deep into this family—at every hardship another root would grow deeper and wider. Miguel couldn’t work because he didn’t have his primary education, the root sinks deeper. He has to leave his family to find work in another country, the root goes deeper still. Dayana cannot afford school supplies because they need to eat dinner—another root forces its way into the ground.

And the weed—the hunger—doesn’t go away unless you uproot the whole thing. A single meal is like picking a dandelion and seeing it grow back the next day. Uprooting hunger requires education, economic opportunity, provision of school supplies, and training about how to use local resources to make meals more nutritious.

Luckily, all of these opportunities exist in Dayana’s community through World Vision’s sponsorship program. One by one, those weeds are getting uprooted.

Dayana’s mother has started attending community trainings where they teach mothers about preparing things like soy, which can be grown locally, to be a protein supplement in their diet when meat is too expensive to purchase. The training focuses on creating nutrient-rich and locally sourced meals—using a bit of one mother’s garden, and a bit of another mother’s garden so that the whole group of children share a nutritious meal.

While Dayana’s mother is hard at work in World Vision trainings, Miguel is pursuing the completion of his primary education during night classes and hopes to get a job as a security guard once he finishes.

Dayana is also receiving school supplies through the sponsorship program, meaning that her family doesn’t have to decide whether she should eat or learn. She can do both with the help that sponsorship provides. And her parents are being prepared to care for her so that she can live in a world where that choice isn’t even a question.

When we asked what he hoped for Dayana’s future, Miguel told us, “I would just like to support her. I really hope she can make it.”

World Vision is committed to this family—to their success and to the success of so many other hungry and hard-working families.

*FAO, IFAD and WFP. 2013. The State of Food Insecurity in the World 2013. The multiple dimensions of food security. Rome, FAO.

A Heart for Healing
World Vision