How to Listen So She'll Talk 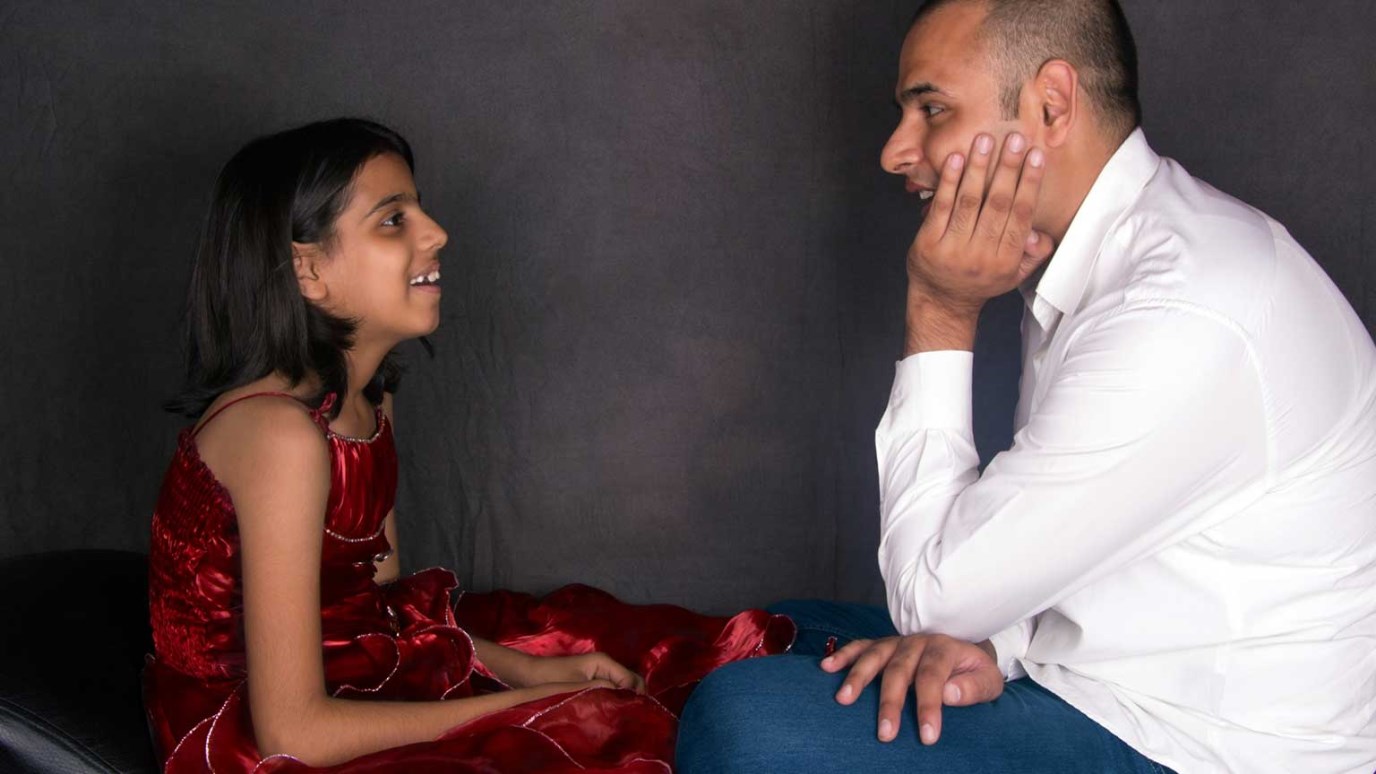 Fathers, it is important for you to do several things so your daughter will understand that you are listening and that you care about what she is saying.

Part of communicating effectively with your daughter is understanding how to speak her language. Because words have special meaning to most females, they tend to place great emphasis on what is said to them and remember those words for a long time.

A female’s thinking process is fueled by emotions and feelings –hence she tends to think emotionally rather than in a linear fashion like males do. Males think of things in a logical progression (if we do this and this, then this will be the result —a + b = c), but women think of many different, and often unrelated, topics all at the same time. We men compartmentalize our thoughts and emotions, but women think on many levels and unconnected topics all at the same time. The billions of synaptic connections between the neurons in a woman’s brain all appear to connect with each other in a frenzy of information overload (at least from the perspective of a linear-thinking being).

Have you ever been talking to your wife (or daughter) and suddenly realize you have no idea what she’s talking about because it is a completely different subject than you were just discussing? I often wonder how the two (or three, or six) different subjects my wife is talking about could possibly be interrelated. When she explains the process that connects them, I am often astounded at the complexity involved. The mere mention of someone’s name can send her thought process off in a completely different direction than the topic at hand.

Perhaps the best way to speak a female’s language is to listen to her. Women tell me that the thing that makes them feel most important is when men they care about give them their full, undivided attention. It serves to make a woman feel important and valued. Since most men value their time above all else, giving our time to our daughters speaks to them of how much importance we place upon them in our lives. To this day I struggle with being distracted by work, cell phone, television, or things happening in the background when I should be listening to the women I love. But as the saying goes, children spell love T-I-M-E. You can feel the pain in this woman’s statement: “I wish my dad would have taken the time to hear me and know what my dreams and desires were.” To be ignored is a great insult. Your indifference says to your daughter: You do not matter enough to warrant my attention. When we choose to ignore our daughters by being distracted, we are sending the message that they are less important than everything else in our lives.

Females also like to discuss a problem until it is resolved. That is a trait that most men are uncomfortable with. Most men would rather do anything to avoid a conflict or disagreement in our homes. We like our “castle” to be an oasis of tranquility and quiet. We consider conflicts messy and even frightening. But females derive great peace and security when lingering problems and issues are put to rest. It’s part of the way they are wired. Their need for relationship security and family well-being require that problems be resolved as quickly as possible. That way they do not sit and fester until they become infected, rotting and destroying the relationship.

It is important for you to do several things so your daughter will understand that you are listening and that you care about what she is saying. First of all, as difficult as it may be, make eye contact with her while you are talking. That doesn’t mean staring at her in an intimidating manner, but just that you make frequent eye contact with her so she knows you are engaged with what is being said. If she is a teenager, this will also require you to ignore the obligatory eye rolling that frequently occurs whenever you speak to her.

Second, listen at least twice as much as you talk (that shouldn’t be difficult for most men). Then repeat back to her in your own words what you think she is saying. Do this frequently so you can be sure to understand what she is saying and where the conversation is heading. That ensures that you truly understand her and are not just thinking about changing the oil in the car. A young woman who is a friend of our son said, “Fathers need to actually listen and not just lecture their daughters.”

Third, do not offer solutions unless she asks. That may be the hardest part of communicating with your daughter. Men are wired to fix things. We feel more comfortable doing things rather than talking about them. But remember your daughter processes information by discussing it. She is frequently just working through an issue when she talks about it so that she can figure out what she wants to do. Many times I’ve had to bite my lower lip until it bleeds to keep from offering unsolicited advice. But I’ve also noticed that when my daughter talks about a problem and I do not try and fix it, she often leaves by saying, “Thanks for your help dad—you’re really smart.”

Finally, be open and willing to address conflicts in your relationship. Do not ignore them, hoping they will go away—they won’t. They just get worse and become more difficult to resolve. It confirms your love to your daughter when you do not allow problems in your relationship to persist.

How to Leverage Addictive Tendencies in Students (Part One)
Dr. Tim Elmore
Follow Us
Grow Daily with Unlimited Content
Uninterrupted Ad-Free Experience
Watch a Christian or Family Movie Every Month for Free
Early and Exclusive Access to Christian Resources
Feel the Heart of Worship with Weekly Worship Radio
Become a Member
No Thanks