How to Fix Teenage Attitude Problems … Without Losing It 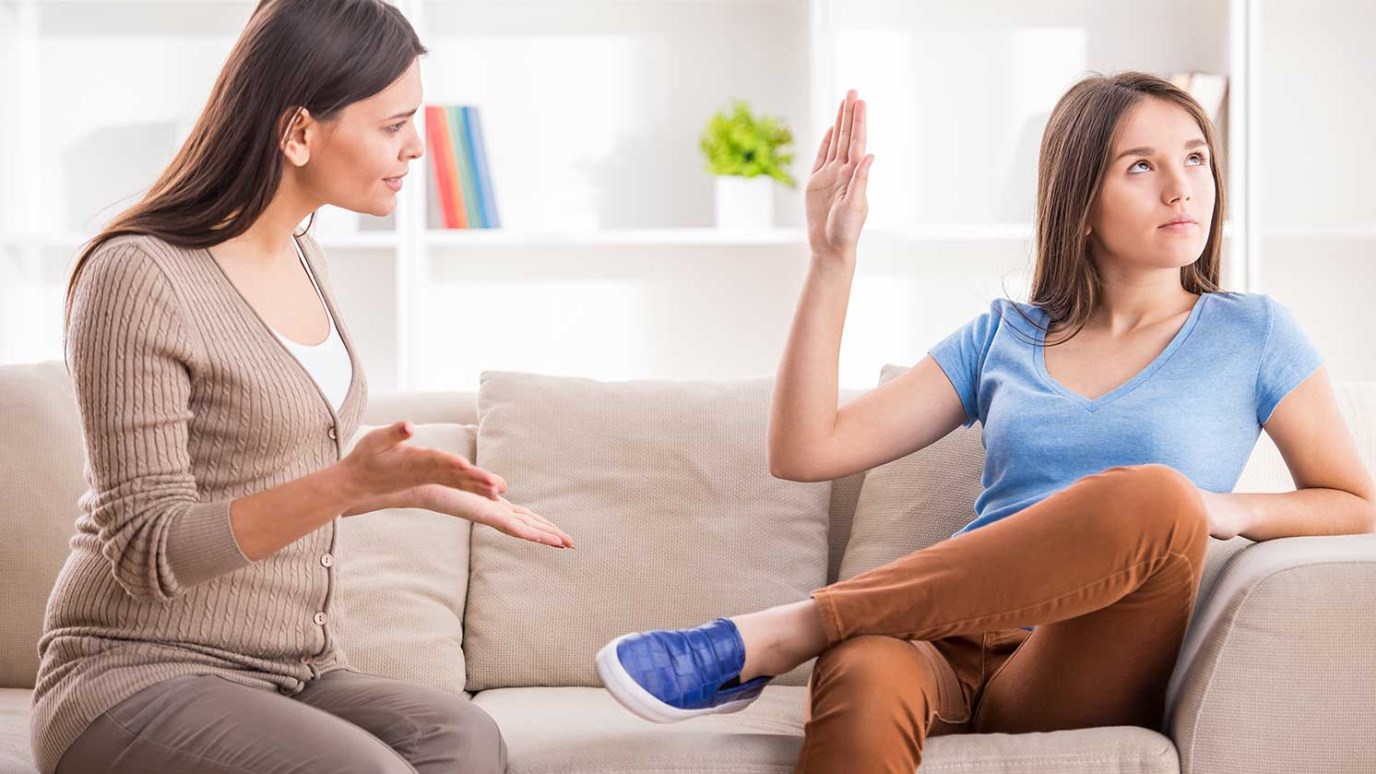 Attitudes are like a flashing red warning light — a signal to parents to look at what might be underneath an eye roll, a derisive tone, a sudden disrespectful temper.

Not that this ever happens to you. But every now and then our kids (girls and boys) might perhaps display a little attitude. Perhaps it’s an eye roll, a derisive tone, a sudden disrespectful temper. Whatever it is, it’s almost guaranteed to make a parent’s head explode.

We of course never did this. Ever. We were perfect darlings.

We can’t imagine where they get it from.

And yet we still have to address it. Because (in all seriousness), the way we address it will either help our kids learn how to control their less-than-healthy attitudes — or give them license to develop even worse ones. Ones that don’t just drive parents nuts but which can wreck their school friendships … work habits … marriages.

So based on the research with 3,000 teens and pre-teens for For Parents Only and several of my other books, here are three actions to take whenever you see or hear an attitude:

It is essential that we model the behavior we are looking for, rather than mirror the behavior we’re seeing. The teens told me parents had zero credibility to address their kids’ attitudes when they are doing so with an attitude of their own! Yes, we certainly have every right to demand compliance regardless of how we ourselves behave — but what we most want is a heart shift. For the kid to recognize that their disrespect is hurtful and wrong, and there is another way. Personal confession: I still do this wrong all too often, but what the research has shown me is that if I can pause to get a grip on my own temper, I am far more likely to address my kids’ unhealthy words and actions in a healthy way.

It is amazing how often kids don’t realize the depth of contempt in their tone, or that their body language screams disdain. So make a habit of drawing attention to it when you see it. Don’t go overboard — the kids said they stopped listening if they heard the same thing 20 times in one day — but simply say something like, “When you say something in that tone, you may not realize it, but what you’re saying is, ‘You’re an idiot, Mom.’” Make sure you use a calm, matter-of-fact voice. Then ask them to repeat their statement in a more polite way, without the body language, poor tone, and eye-rolls. You may have to try this a couple of times if they are in an emotional state, but over time they will get the hang of it. And if they know they will be asked to repeat themselves more calmly and politely, they will soon start self-regulating to be more calm and polite with you.

Our research discovered that attitudes are like a flashing red warning light — a signal to parents to look at what might be underneath the attitude. Very often, derision or anger shows that this is a kid who simply isn’t feeling very good about herself or himself right now. Maybe she’s feeling unloved and rejected by friends at school. Maybe he’s feeling stupid and inadequate because he’s getting poor grades. In their pain, kids will often subconsciously lash out with poor words and actions in the one place they hope to be shown “You are loved and believed in even at your worst.” Don’t tolerate the disrespect but also address what is under it. For example, make sure she is given the opportunity to see that she is loved by friends, or that he is given help to overcome his feeling of inadequacy in school. Once they feel more secure in themselves, you’ll see those attitudes a lot less often.

The Politics of Parenting…
Brad Mathias

When Your Child Chooses a Different Standard
FamilyFire

What’s Happening to College Students Today?
Dr. Tim Elmore
Follow Us
Grow Daily with Unlimited Content
Uninterrupted Ad-Free Experience
Watch a Christian or Family Movie Every Month for Free
Early and Exclusive Access to Christian Resources
Feel the Heart of Worship with Weekly Worship Radio
Become a Member
No Thanks